LOOKING good can take a lot of work, with many people spending hours sitting in front of a mirror doing their hair and makeup.

But thanks to this hilarious TikTok trend, we now know we’re not alone in our accidental catfishing. 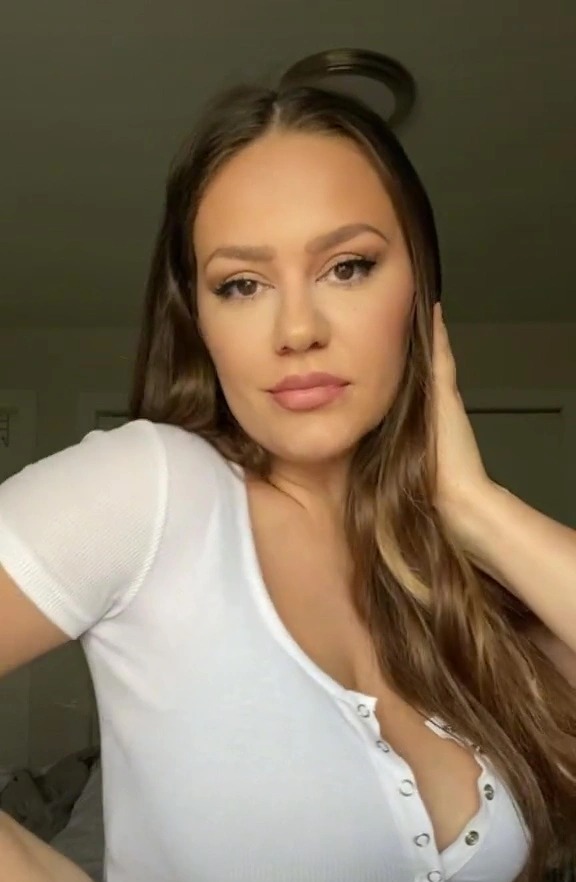 But TikTok users are left in shock and can’t believe that it’s the same womanCredit: TikTok/ chloewaterz

That’s right, women are taking to the social media platform to share their most glamorous selfies, in comparison to how they look without the glam, in the new viral ‘Catfish challenge’.

One woman, named Chloe Waterz, took to TikTok to share her catfish challenge.

Chloe posted the video showing off her ‘transformation’ with the caption ‘What do you think’, but it’s left everyone saying the same thing.

At the start of the video, we see a woman without makeup, with noticeable wrinkles on her face and her hair scraped back. 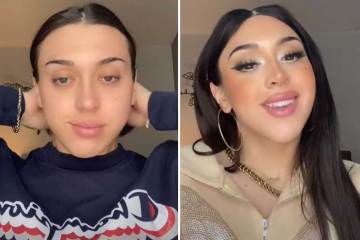 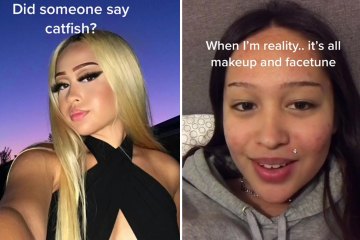 Then, just moments later, we see a woman that looks unrecognisable, with a full face of makeup and stunning, long hair.

Chloe claims that “Makeup is my super power” and that “I’m embarrassed taking off my makeup”, but TikTok users aren’t convinced.

Chloe has got a lot of people talking with her ‘catfish’ videos and has a whopping 719.5k followers.

In just two days, the video has quickly gone viral and has racked up a huge 8.2million views.

TikTok users were convinced that the two women weren’t the same person and that it wasn’t just hair and makeup causing the transformation.

Another added: “I trusted and believed in you before this. but now idk what’s real and nothing makes sense.”

Someone else remarked: “After careful evaluation I have determined one person has a significant marking on her right eye while the other doesn’t.”

Another stated: “It’s two people, check her left eye has a birthmark in the eye.”

Other TikTok users were convinced that Chloe was using a filter to make herself appear older and that it wasn’t a typical catfish transformation.

One person said: “Obviously a filter.”

Another added: “It’s a filter guys calm down.”

A third commented: “Of course it’s a filter ya’ll. if you pause the video you can see some glitch-like horizontal lines around wrinkled areas.”

Another said: “Saw her just quickly setting the old woman filter with one hand! Just watch her hand!”

A PROFESSIONAL lash tech has revealed the hairstyles to not wear to your appointment. When getting your lashes…
byBizLifetime
No comments

WHILE having your lashes professionally done has become a trend in recent years, it’s also costly – with…
byBizLifetime
No comments

I was fed up of having thin hair & a flaky scalp

SOCIAL media has become a haven for beauty tips and tricks that you would never have known before. …
byBizLifetime
No comments