5 signs you’re better off as friends than dating


Time to transition to something platonic (Picture: Getty/Metro.co.uk)

It’s the thing every couple says when they break up: let’s stay friends.

Often ill-advised and a sign of lingering feelings, the move can make things complicated.

This is entirely different to being in a situation in which friendship genuinely feels like it could be a happy answer, rather than a compromise.

What if you’re dating someone who’d be better off as a platonic pal than a partner? How can you tell? And what do you do to ease the transition?

We chatted with Logan Ury, Hinge’s director, to delve into this tricky topic.

Ahead, she shares the signs that two people might be better off as friends than lovers.

Your lifestyles are too different

Go back to the basics: are the practicalities are working?

‘Beyond having the same relationship goals, it’s important for someone to have a compatible lifestyle,’ Logan says.

‘If you want to spend the next few months being a digital nomad while they need to go into the office each week, it might be better to be friends for now.

‘This is often where love languages might come into play, especially if one of you strongly values quality time in person or physical touch.’ 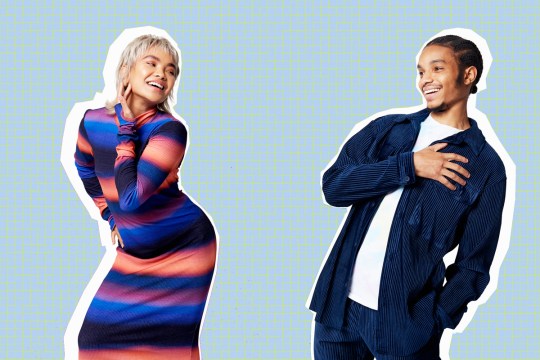 Over a third of UK Hinge users said they’ve been in a situationship (an undefined romantic relationship) in the past year.

If you’re dating someone and both parties have different views of what they want, perhaps scale back to friendship.

Logan says: ‘The best way to avoid a situationship is to not get into one in the first place.

‘Make sure both of you are clear about your expectations and what you’re looking for. If you’re not on the same page, this is a sign not to move forward with this person.’

Ask yourself if you’re on the same page when it comes to sex, and whether the physical attraction is strong enough – if that’s important to you.

Logan says: ‘Are they closed off or don’t consider you in the bedroom?

‘With 80% of Hinge users saying that a partner being sexually open is important to them, not being able to find common ground here might be a sign you are better off as friends.’

You’re only with them because they look good on paper

Time to get real with yourself – and them.

Logan says: ‘What matters is how they make you feel and what side of you they bring out.

‘It can be tempting to date with a checklist, and stay with someone because they seem to “check all the boxes,” but this isn’t a recipe for a healthy relationship.

‘If you would enjoy them as a wedding date but not when it’s just you two having dinner alone, it might be better to keep your relationship platonic.’ 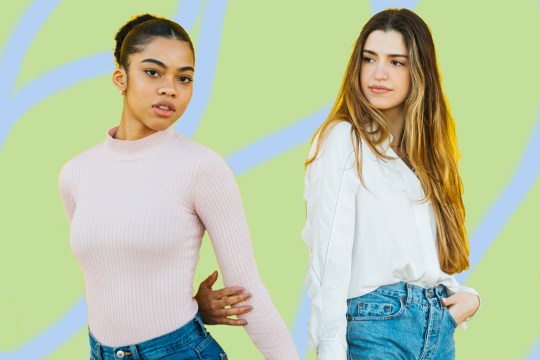 Don’t make someone fit into a box you’re trying to fill.

Logan says: ‘I love the idea of turning a friendship into something more. I knew my husband for eight years before we started dating.

‘But the shift from friendship to romantic connection needs to come from a genuine connection, not just a fear of being alone.

‘Be honest with yourself about how you feel. And if you’re forcing it, stop. You deserve real love.’

How do you transition to friends?

This can be very difficult if you weren’t friends before dating – though sometimes it will be possible.

Logan explains the pandemic may have actually made this move a little easier.

‘One benefit of the pandemic has been daters becoming more intentional about who they are and what they want,’ she says.

‘We’re seeing singles be more upfront from the beginning about their feelings.

‘My advice is to be as empathetic and clear as possible. You can start off by saying: “This is tough for me to say, but I want to be honest about how I feel. I’ve enjoyed spending time with you, but I think we’d be better off as friends.”

‘There is no telling how your partner will take this, but if a friendship is meant to be, they’ll appreciate your honesty in the long run.

‘But if you want to break up but don’t want to be friends, don’t use this line to make it easier on yourself. If you’re not serious about staying in touch, it’s more respectful to not make an empty promise. Be honest but kind.’

It might also be wise to take a break from each other before moving into friendship – the exact amount of time has to be decided by the both of you.

Logan says: ‘There’s no scientific answer for the right time to move from dating to friendship.

‘Some couples already have a strong foundation of friendship and will transition out of being intimate or exclusive into something platonic.

‘For others, that friendship and trust might have never been there, in which case, you may want to decouple without forcing a friendship.

‘There is no exact timeline for a breakup or transitions. Check in with yourself and the other person to make sure things feel safe and respectful.’

I run a sex company with my husband

WHEN you’re married with kids, it can be hard to find the time and energy to schedule in…
byBizLifetime
No comments

‘Mum, it’s about time someone looked after you. You do everything for everyone, go find a man who…
byBizLifetime
No comments

I charged my wedding guests £12 for unlimited drinks – I don’t know why trolls are call me selfish, they got a good deal

WEDDINGS and honeymoons can be rather expensive, and one woman’s attempts to limit costs has led to trolls…
byBizLifetime
No comments

I rent out my husband to other women, he’s really handy round the house AND it helps bring in some extra cash