Jayson has a daughter the same age as Brandi (Picture: Mercury Press)

A couple have found love despite their 27-year age gap.

However, they are often mistaken as a father and daughter duo… which is a bit awkward.

Brandi Ryan, 27, and Jayson Salter, 54 have known each other since 2018 but have only been together romantically for a year and a half.

It has been a whirlwind romance with Brandi becoming step-mum to Jayson’s children, including his daughter who is just six months her junior.

The pair admit their age gap isn’t something they worry about.

They first crossed paths when Brandi was a waitress at one of Jayson’s restaurants.

‘We met in the walk-in refrigerator, and there was this undeniable electricity,’ Jayson explains.

‘We were both in relationships at the time so we tried to avoid it for a while.’

Such is their nonchalance to the age gap, they are even planning to start a podcast called: ‘No, She’s Not My Daughter.’ 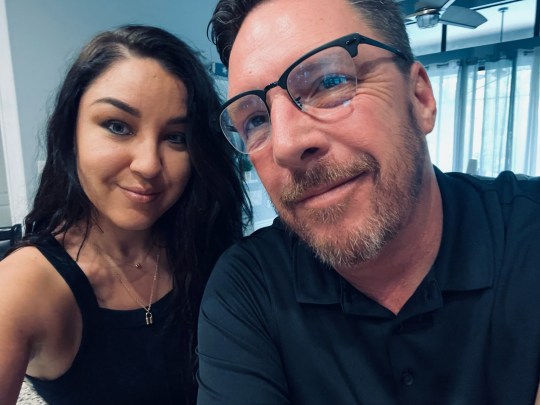 ‘We just wanted to make something that talks about the lighter side of being in an age gap relationship,’ Brandi notes.

‘Other podcasts about it are really boring, and they focus on finances and things like that. But we have a lot of funny moments that come from being different ages, so we want to talk about that.

‘There’s a lot of things that I’m experiencing for the first time, so he has to remember to sort of slow down for me, because he’s been married twice before.’

While their friends have been accepting of the relationship, Brandi’s parents were hesitant. 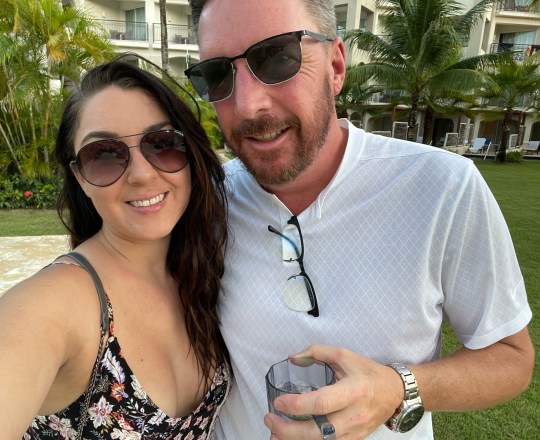 ‘I’m pretty mature for my age, and Jayson’s friends all say he’s immature so it balances out!

‘My parents are starting to realise that this is a serious relationship and they’re coming around, but they were hesitant at first.

‘My aunt and uncle came to visit us recently, and they both said after a few minutes of us hanging out they forgot about the age gap.’

Jayson’s family have been more accepting, even though Brandi is a similar age to Jayson’s daughter.

‘Brandi came with me to my son’s wedding last month,’ Jayson says.

‘We’re also going to my daughter’s wedding in January together. I think overall people don’t notice the age gap much, obviously I’m not going grey so it’s not really obvious.’

Meanwhile, Brandi adds: ‘Or, if people do notice, they don’t say anything to our faces!

‘Jayson gets more high fives from other guys, but sometimes I notice I’m getting a little stink eye from other women.’

Bend the flexible toy to maximise your pleasure (Picture: Frenchie) If you have a drawer full of sex…
byBizLifetime
No comments

GETTING married is a day you want to remember for the first of your life, right? Well, one…
byBizLifetime
No comments

Jesika and Hunter couldn’t be happier (Picture: Jam Press) Jesika, 30, from Arizona, US, is 5ft 7in while…
byBizLifetime
No comments