ONLINE dating is quite similar to gambling – you never truly know what you’re going to end up with.

With millions of people pretending to be someone else for various reasons, almost everyone has been catfished at least once in their lifetime – and this young woman is no exception.

She explained that at the time there were restrictions and she couldn’t go to bars to meet peopleCredit: @valeriadrovna/Tiktok

Taking it to TikTok, Valeria Drovna, from California, shared the mortifying Tinder story, dubbing it her ”worst date ever”.

According to the Russian, she had matched with a man on Tinder – she called him Dan – and immediately, there were red flags, like weird photo edits, that she said she should’ve recognised from the get-go.

”But hey, red’s always been my favourite colour, so I kept talking to him.”

At some in the conversation, the mystery Dan also thought it’d be important to mention he’s 6ft 1in tall – something Valeria claimed she didn’t care about, as she described herself as ”vertically challenged”.

After a while of exchanging messages, the two agreed to meet up – although her Romeo-to-be rejected every single one of Valeria’s suggested restaurants.

Not happy with her recommendations, Dan then said they should try out a gelato place that had recently opened up in the area.

”When I get there, I get out of my car to look for him because he says he’s already there.

”But I can’t find anybody in the line or the car park that looks anything like his pictures.”

Confused, Valeria was about to send a text message to Dan to see where he was, when she suddenly felt a tap on her shoulder.

”[I] turn around and am eye-level with a man who is a completely different race than the one I have been speaking to for the last couple of weeks.”

But instead of leaving straight away, Valeria simply said: ”Oh, I didn’t recognise you,” to which the man proceeded to explain he’s found that women don’t like ”brown men”.

However, things only went from bad to worse – after getting their gelato – Dan didn’t offer to pay – he complained about how unhealthy the sweet treat was and threw it in the bin.

”I sit and I wonder what I’m doing with my life,” Valeria recalled.

The two then agreed to go for a little stroll along the docks, a walk during which the Tinder catfish kept on complaining about his mother and his unsuccessful dating life.

”But now it’s okay, because we’ve finally found each other,” Dan said.

However, Valeria appeared to be of a slightly different opinion, as she attempted to change the subject and pointed out to a kayak nearby, saying she’s always wanted to try it.

”No,” was Dan’s response, ”Kayaks are for poor people, I want a yacht.”

Supposedly not feeling any spark or potential romance – as well as crept out by what had just happened – Valeria told Dan she’d head home as it was about to rain.

”Make it to my car, reject his second date offer and then get a text saying I was ugly anyway.”

Viewers were left mortified, with some taking it to the comments to share their opinion.

”You need to leave right away when the pic doesn’t match!!” thought someone.

”Kayaks are for poor people but couldn’t pay your $6 gelato,” wrote a user next to a few laughing emojis.

A third described the encounter: ”Sounds like an opening scene to cold case files.”

”Glad you are still alive, so many red flags to ignore girl!” agreed a fourth.

In other first date stories, this woman went to meet a man for the first time – it was all going well until she realised what had happened to her trousers.

Elsewhere, a woman’s claimed she will never use online dating apps again, after a major date fail which left her rushing home.

Meanwhile, woman shares epic Tinder fail after date made her sit through meal with his MUM & was questioned about her ‘intentions’. 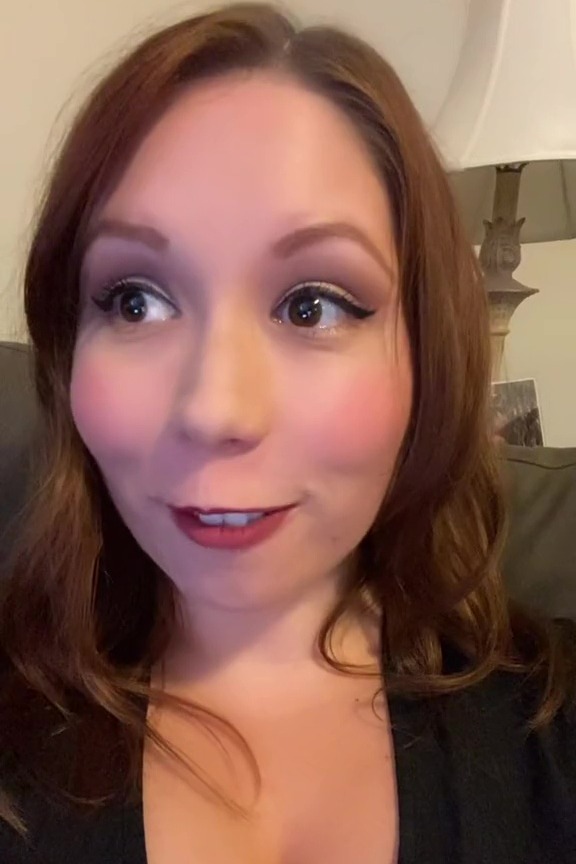 I flew 7,000 miles for a Tinder date in Hawaii…I was nervous but had no idea what was about to happen

CLODAGH O’Sullivan, 22, a bar tender, lives in Dingle, Ireland, with partner Brady Elliot, 25,  a musician, and…
byBizLifetime
No comments

WHEN you tot up the price of the venue, flowers, outfits and food, there’s no denying that weddings…
byBizLifetime
No comments