However, some people deal with rejection differently to others…as Alyssa Rose, who is from the US, found out the hard way.

Alyssa Rose, who is from the US, took to TikTok and shared a screenshot of her lengthy text exchange with a guy she had been speaking to for just five daysCredit: TikTok/@xolyssarosexo 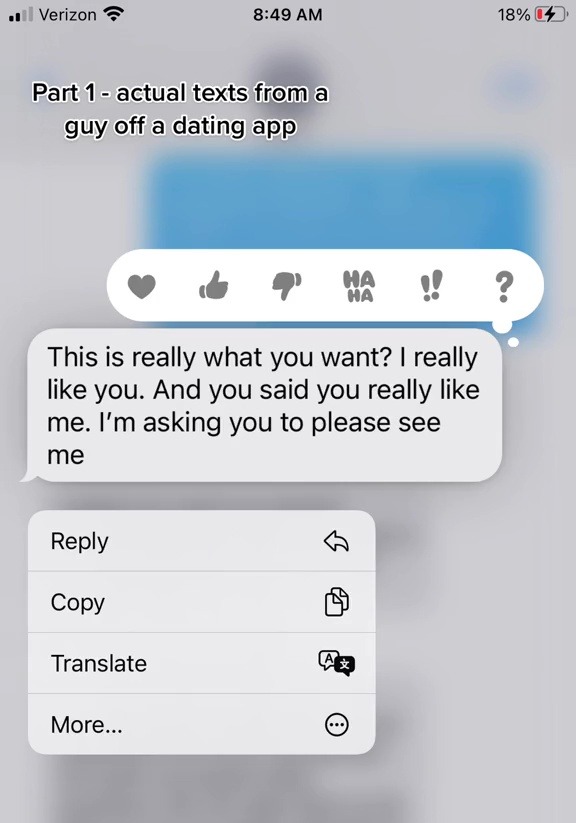 Alyssa Rose explained how she wasn’t feeling well so had no choice but to cancel their date – but was then bombarded with creepy messagesCredit: TikTok/@xolyssarosexo

Taking to TikTok, she shared a screenshot of her lengthy text exchange with a guy she had been speaking to for just five days.

Alongside the post, she warned: “Be careful of strangers and listen to your gut!!! He was completely normal before this and it gets worse.”

Alyssa Rose explained how she wasn’t feeling well so had no choice but to cancel their date – but rather than having a peaceful evening concentrating on feeling better, she was instead bombarded with creepy messages.

After cancelling, Alyssa Rose’s date started by writing: “Can I please see you tonight? I really like you. This won’t get ruined.”

“Don’t bail. I really believe we can be something amazing. Maybe it’s something I did that you aren’t telling me?”

While Alyssa Rose went on to reassure him it was nothing to do with him, her date refused to let it go.

“This is really what you want? I really like you. And you said you really like me. I’m asking you to please see me.”

When are you parents going to be home? I’m not taking no for an answer. You need this.”

We haven’t been texting even a week and all I said was I didn’t feel emotionally OK going out tonight.”

After the messages continued, Alyssa Rose replied: “It’s been five day this is literally insane. Please stop texting me.”

The guy responded: “Just a reminder you know nothing about me. Not where I live. Not my last name. Nothing. And you made me fall for you in five days. You led me on.”

Unsurprisingly, many were left horrified by the intense text exchange.

The “you need this” was very alarming, wrote one, while a second commented: “Tbh I’m glad you didn’t go…it was too weird and he kept pushing and putting pressure ..stay safe and be careful.”

In response, Alyssa Rose revealed: “Me too, we were going to meet at a local brewery but he was adamant about me coming to his apartment first before going over.”

Another added: It’s giving throw you in the trunk of the car vibes,” while a further agreed: “I’m so glad you listened to your gut on this one.” 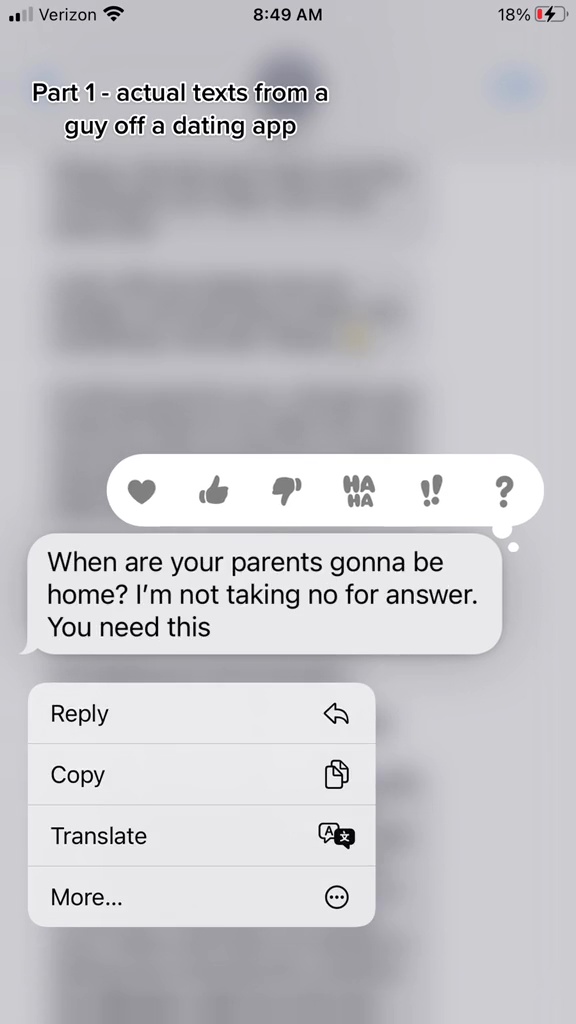 Alyssa shared a screenshot of the messages to her social media pageCredit: TikTok/@xolyssarosexo

In other relationship news, this woman admitted she puts her husband before her kids.

This woman’s first date revealed his criminal past and then asked her to take a pic for their wedding.

And this woman uninvited her parents from her wedding after learning a disturbing truth about their past.

Do you think with your heart or your head? New optical illusion reveals key personality trait

Jayson has a daughter the same age as Brandi (Picture: Mercury Press) A couple have found love despite…
byBizLifetime
No comments

I gave my fiancé a relationship test when we started dating – it cut the cr*p, reveals Trisha Goddard

FINDING the perfect partner can be tough, but Trisha ­Goddard has a foolproof way of finding out if…
byBizLifetime
No comments