GEORGE KEYWOOD is often targeted by trolls online and told to get off social media.

The British actor, famous for his role playing Craig in People Just Do Nothing, has been told to get off social media by people online because of the content he creates with his partner.

George Keywood and his fiancée, Sienna Keera often share snippets of their life on TikTok and hit back at trollsCredit: TikTok / georgekeywood

George and his fiancée, Sienna Keera have been trolled because of Sienna’s slim, size 8 figure and George’s, who is considered morbidly obese.

The couple often post TikTok videos of their relationship and comment on the comments trolls leave them, with many claiming Sienna is attracted to George for his money.

One user wrote: “She must be mad to marry you,” and another claimed George ‘must be rich’ for Sienna to be interested.

But the couple know that’s not the case, Sienna admits she has always been into larger men and even moved from Australia to the UK to be with George.

The pair now have a son, Oliver and are due to get married in May later this year.

While some people have grown infuriated by the couples videos, George said he didn’t care as it makes the two of them lots of money.

A user wrote: “Instead of making yourselves look like plonkers just for ‘likes’ if you’re so happy get on with your lives instead of spending your lives making TikToks.”

George hit back in a TikTok video, saying: “TikTok is where we make money, this is a job.

“This is a way to promote everything else we do, as well as TikTok.”

While he admits they don’t make as much money through posting TikTok videos themselves, the sponsorship and advertisement deals the couple get through their social media following ‘pay a lot.’

He added: “So we aren’t going to quit, because it’s a job.

“Our job is just a bit difficult because we have to deal with imbeciles all the time.”

George also responded to the fact him and his girlfriend ‘making themselves look like plonkers’ saying much of what they post was satirical.

“We’re acting that way on purpose, We’re not idiots, its funny.”

He also explained: “Don’t think that everything you see on TikTok is real, because it certainly is not.

“We’re just benefiting from it, as you should.

“Take advantage of the opportunity in front of you and make some dollars.”

George puts up with the negative comments so he can provide a better life for his family and says working on TikTok is pretty easy.

While some people troll the couple for their weight difference there are plenty of fans who support and rally behind the couple.

“Well said , maybe they should get on with their lives instead of commenting , if they don’t like it , don’t watch.” Another person said.

A third commented: “You guys are hysterical ! Keep it up and keep getting that dollar!” 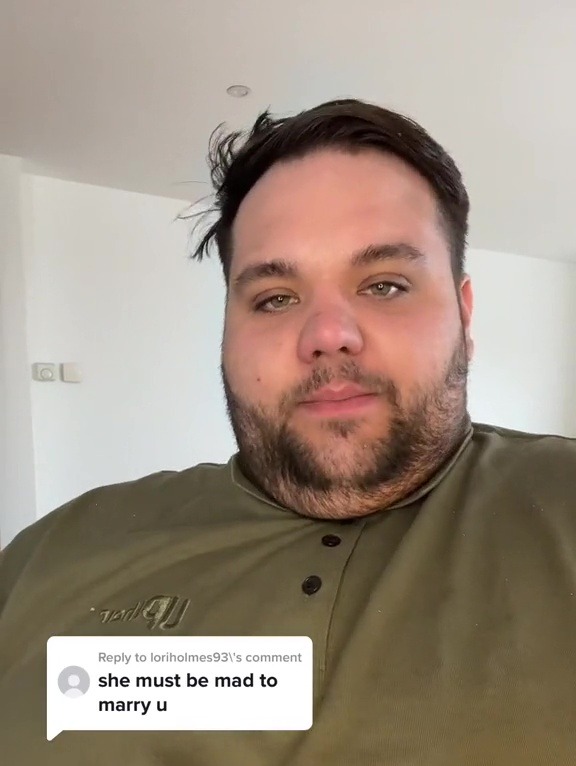 George and Sienna are both met with cruel comments discussing their weight difference, but the couple say they act up to it to make moneyCredit: TikTok / georgekeywood

Are you trapped in a toxic relationship? The signs and how to leave

How to with financial uncertainty in a relationship at the moment

Maybe tone down the snogging… just a little? (Picture: Getty/Metro.co.uk) We all know what it feels like to…
byBizLifetime
No comments