Person Tweets How They Helped Coworker Renegotiate Their Contract After Finding Out They Earn 20% Less, Sparks Debates On Twitter

When you join a company, there are certain corporate secrets that you are entrusted with and you gotta keep them a secret because it’s more than just your job that depends on it.

But there are also things that some companies would like you to shush about, but there is no way they can legally enforce it, like discussing your salaries and wages with fellow colleagues. Openly discussing them.

Recently, a Twitter user has been urging people to do just that—not being afraid to speak up about it, especially if there’s an obvious discrepancy compared to other coworkers of the same corporate level. 375 thousand likes later, and nearly 30 thousand retweets later, the tweet has gone viral.

There are a lot of questions circling the topic of openly discussing salaries, but a Twitter discussion ensued that put some perspective on both sides

Fairly soon after, the Tweet started racking up likes and retweets big time, turning into this huge debate on the matter with two main sides: those all for being transparent about their pay, and others more or less playing the devil’s advocate or simply explaining how the economy works.

On one end, there were people sharing similar stories, whether it happened to them directly or to people they know. And it wasn’t necessarily a 20 percent difference, but sometimes it would be double salary. And mind you, this is people who were trained by them who are earning more, not the other way around.

One Tweeter shared how she figured out she gets more than the person who trained her, so she helped her with contract renegotiations 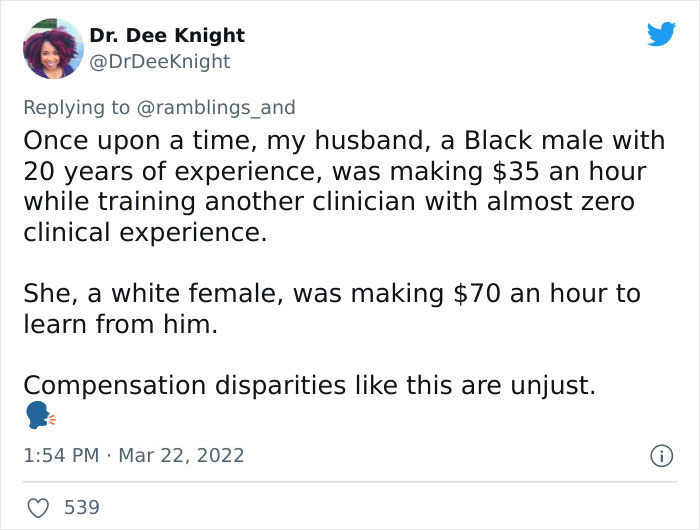 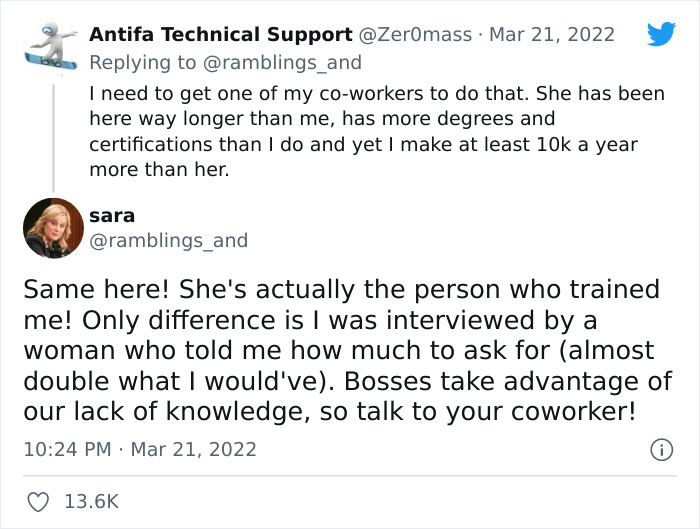 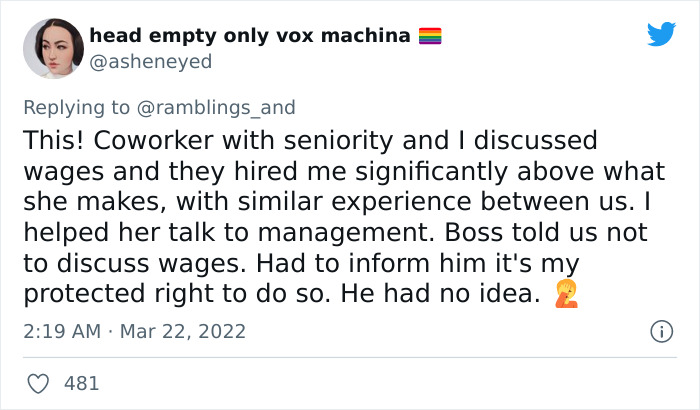 Sarah pointed out in one of her replies to commenters that she was actually trained by this woman, and the only difference was that she was told by the interviewer how much to ask for salary-wise. She also noted that she thinks bosses like to take advantage of the fact that people don’t know what they are worth sometimes. 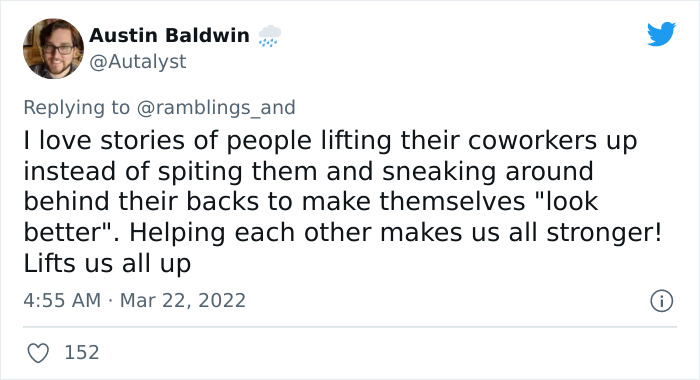 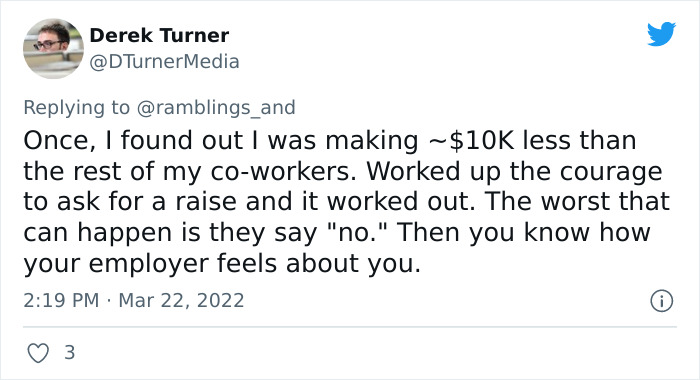 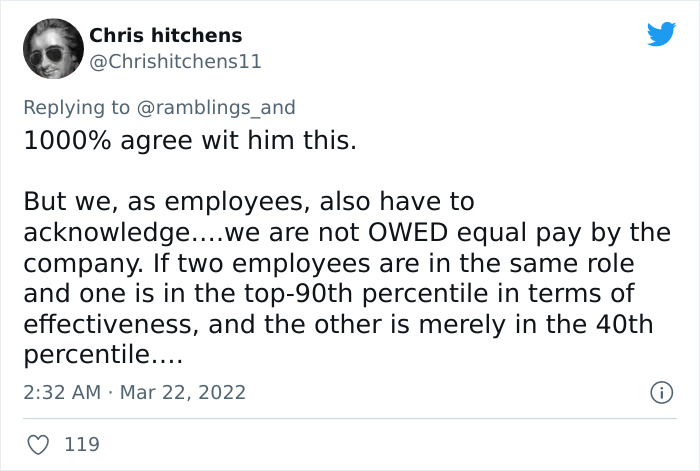 On the other hand, there were those who tried to explain why this is so. For one, employees have to acknowledge that they aren’t owed equal pay, and that is especially the case when there is a difference in skills and work efficiency.

Others pointed out that companies don’t have unlimited budgets, so it’s only normal for them to also look out for their own corporate interests and try to maximize profits. Because that’s what businesses do by nature. Besides, they also claimed it’s unprofessional to talk about salaries. 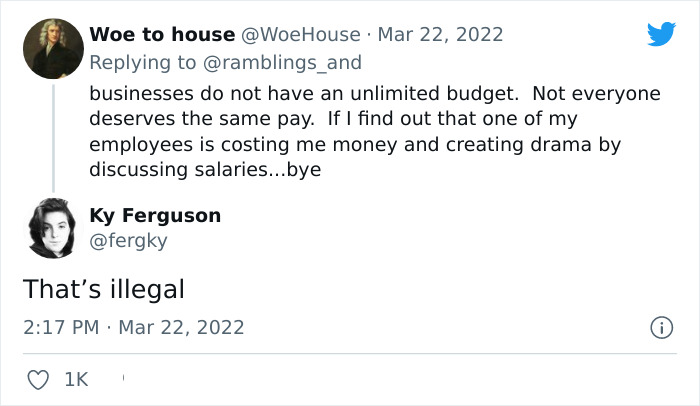 There were also those who chimed in with information, like the fact that in most cases it is legal to discuss salaries with coworkers 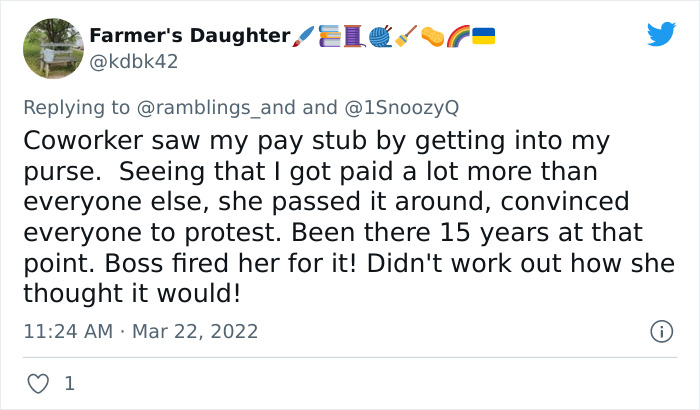 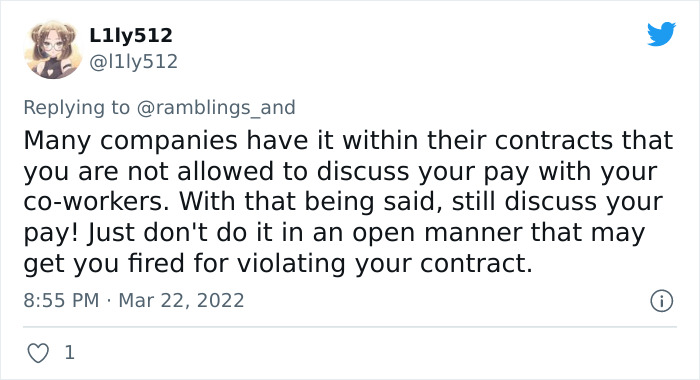 The discussions were so intense that the tweet ended up going viral immediately, garnering nearly 375,000 likes and nearly 30,000 retweets. Besides this, several online news outlets picked it up to discuss the topic further. 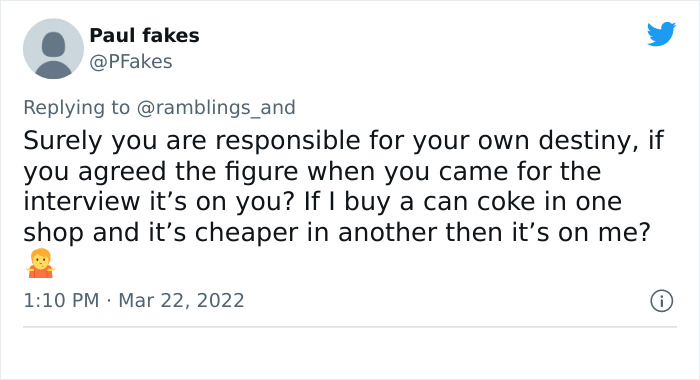 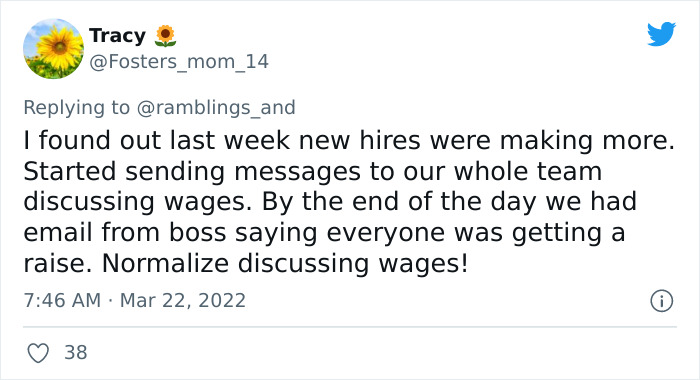 It is important to note that many were pointing out the legality of this activity. Most labor laws in most cases allow for such freedom of speech in the workplace, but it is also important to keep in mind that these are “mosts”, and that there can be exceptions, especially if the company has internal policies on the matter.

You can check out the tweet and all of the responses in context right here. But don’t go just yet as we’d love to hear what you think about the issue. Are you for open salary conversations, or not really? Let us know in the comment section below!

IS your relationship dead? A psychologist has revealed five signs that show your bond is over and the…
byBizLifetime
No comments

Everything to know about relationship ‘white flags’ and what they mean

Table of Contents Hide What is a white flag?Are white flags unhealthy?How can we work through white flags?…
byBizLifetime
No comments

Nicola and Mike say it was love at first sight when they met through work (Picture: Nicola White…
byBizLifetime
No comments

My wife is 37 years older than me

A LESBIAN couple with a 37-year age gap have hit back at trolls who questioned their relationship, as…
byBizLifetime
No comments