Relationships: Top 7 reasons couples argue (and how to deal with each issue)


There are some common causes of couples arguments – do you know them? (Picture: Getty/Metro.co.uk)

When you’re in a relationship, arguments are going to happen. It’s only natural to have some conflict.

But sometimes, the same disagreements keep coming up.

It feels like you can’t stop fighting, you’re always in a spat, and you don’t know why it’s so hard to just get along.

It’s tempting to cut your losses and move on, but what if everything else about your partner is great, it’s only the arguing that’s causing issues?

In that case, it’s time to work on breaking out of the argument cycle. And the first step to doing that is understanding why these squabbles keep happening, so you can stop arguing in an unhealthy way and move past these problems.

Sex and relationships expert Annabelle Knight reckons the causes of couples’ arguments typically come down to one of seven reasons.

Let’s break them down.

Annabelle tells Metro.co.uk: ‘We hear a lot about how mismatched sex drives can cause couples to argue, but what if your financial drives aren’t aligned either.

‘Finances are one of the main reasons why arguments arise. It may be that one of you is very regimented, always puts money away for a rainy day, and frequently shops the sales, while the other pays no mind splashing the cash and worrying about the credit card bill later.

‘Being on the same page when it comes to finances is really quite important to the overall health of your relationship as it shows a unity and desire to build an equal future together.

‘Enthusiastic spending can read as selfish, especially if it’s at the detriment to other areas of your life and relationship and scrooge like behaviour can be just as negative for the relationship as well.

‘The trick here is to try to meet half way and come up with a workable compromise that you’re both happy with.’

To do that, you’re going to need to get comfortable talking about money with your partner. Handily enough, we’ve got a guide to do just that.

Talk it out (Picture: Getty/Metro.co.uk)

If you or your partner spend so long staring at screens that you’re not focused on each other, this can be seriously corrosive to a relationship.

‘If you find yourself often neglected in favour of a screen you’re bound to feel resentment, rejection and in some cases, rage,’ says Annabelle. ‘Choosing social media instead of your significant other on a regular basis can be interpreted as a wish to escape.

‘Of course, many of us battle with very real addictions to screens, which should be taken into consideration if screen time is something you and your partner bicker about repeatedly.

‘One of the reasons screen time is such a bitter pill to swallow is the fact that is takes away from one of the five key love languages; quality time. Preferring social media or gaming to the physical world where your partner is present means that you’re able to spend less time with them.

‘There is also the phenomenon of how time flies when you’re staring at a screen for “relaxation” purposes. The motivation to have fun plus the focus we spend on the task mean that our sense of time is warped. Twenty seconds to the user may equate to twenty minutes for the observer, which can certainly contribute to negative feelings of unimportance and rejection.’

Arguing about exes – or the lasting ripple effect of previous relationships – is super common.

‘I’ve heard stories of people forcing their partners to buy new mattresses, take different routes to work, and even quit their jobs thanks to the presence of an ex,’ Annabelle tells us. ‘It’s said that a healthy amount of jealousy is good for a relationship, but what’s even healthier is working through those feelings alongside your partner and being all the stronger for it.

‘Jealousy arising from your partner’s past relationships is not only damaging, it’s also dangerous – not only for our relationship but for our own mental health as well.’ 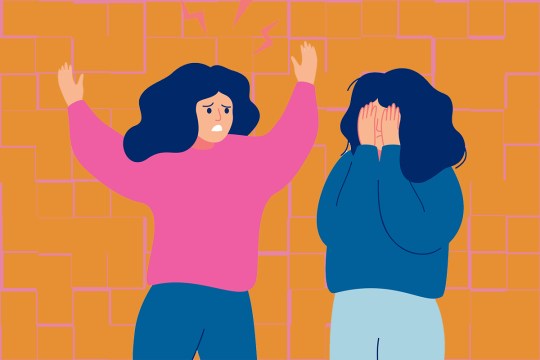 Annabelle notes: ‘By this I mean, running errands, paying bills, cleaning, cooking, washing clothes, and all those other jobs it takes to run a home. These little tasks may not seem like much, but can actually take up as much time as a part-time job!

‘According to the ONS women do, on average, 60% more unpaid work than their male counterparts (I’m talking cis straight relationships here). So it’s no wonder that this is one of the top reasons why couples argue.

‘When it comes to getting past this, the only real way to achieve any long term solution is to share the burden, it may not seem like fun but try tackling jobs together.

‘The person who usually bears the brunt of all the work will feel helped, and the other partner will develop a new found appreciation for the time it takes.’

Got mismatched visions of the future? That’s going to pop up in arguments over and over again.

‘Whatever your future as a couple looks like it needs to be the same vision for both of you,’ Annabelle explains. ‘Lots of couples overlook this fact, to their detriment.

‘Whether you’re talking travelling, kids, or where abouts you’d like to retire, it’s important to both be on the same page. The good news is it’s never too late to have these important conversations, the bad news… you may not like the outcome.

‘Sitting down and discussing your future not only helps you both to have a clear understanding of what you both want, it gives you joint goals, and even just having the conversation in itself can be an extremely. Bonding experience. This will help you to connect, and create good levels emotional intimacy.’ 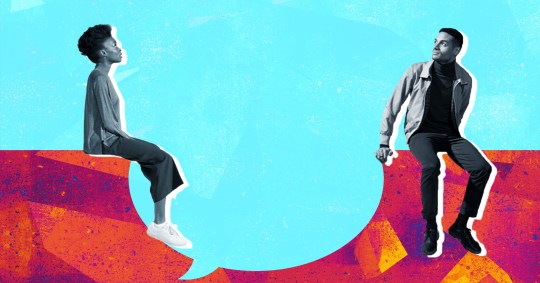 A mismatch in affection and intimacy

Differences in sex drive and physical affection can cause all kinds of issues.

It’s likely discontent around this topic will simmer under the surface for a while, only to bubble over into tiffs – even when those arguments don’t seem to have anything to do with intimacy.

Ever found yourself getting irritated by your partner for no apparent reason? This might be why.

The solution is simple: talk about it.

‘Conversations surrounding sex and intimacy can be really tricky, especially when we fear hurting our partner’s feelings,’ Annabelle tells us. ‘However, these conversations are an important way for couples to avoid building resentment and feelings of rejection.

‘If issues like these are ignored they build and build until the only way through them is with an argument that both of you would rather not have.’

Find yourself arguing over nothing? That’s not a great sign, but it happens in a lot of relationships.

‘The fact of the matter is that quite often we don’t actually know why we’re arguing, or what we’re arguing about,’ Annabelle explains. ‘This form of dispute could actually be a sign of an underlying issue within your relationship.

‘Unresolved resentment can bubble unnoticed under the surface for months, until one day, something seemingly innocuous tips you over the edge.

‘If you and your partner find yourselves fighting over nothing then maybe it’s time for a little reflection, honesty and communication.

‘This approach can help to tackle problems and stop arguments before they even happen.’

If you’re heading towards an argument, take a few deep breaths and make sure you keep these top tips in mind:

GETTING married is a day you want to remember for the first of your life, right? Well, one…
byBizLifetime
No comments

What is the piledriver sex position?