Science has found the best sex position for female orgasm

Missionary is often given a bad rap as the most boring sex position, but it may be the one to go for if you’re hoping for an orgasm, according to science.

It may be time for the cultural revival of this ‘vanilla’ position as new research has found that missionary is the best sex position for women to reach the Big O.

The internet is full of tips for women to have a better time in bed, but look for scientific research into how women orgasm and you’ll find tumbleweed.

The Orgasm Gap is a widely established problem. The term was coined by Dr Laurie Mintz, author of Becoming Cliterate: Why Orgasm Equality Matters – And How to Get It, to put a name to the phenomenon that cisgender men have way more orgasms than the cisgender women they have sex with.

For example, one study of 800 college students found that women have orgasms 39% of the time during sex compared to 91% for men.

If you have a vagina and have sex with men, this news will barely raise an eyebrow. Women are already painfully aware that they are less likely to get off than the man they have sex with, especially when it’s during a hookup.

Women have long responded to the pleasure gap by faking orgasms, either to spare a man’s feelings, because they feel it’s easier and safer not to speak up, or just want to get it over with.

This is grim, but female pleasure isn’t a mysterious thing that takes a herculean effort to figure out: research has found that women who have sex with women have way more orgasms than straight women. 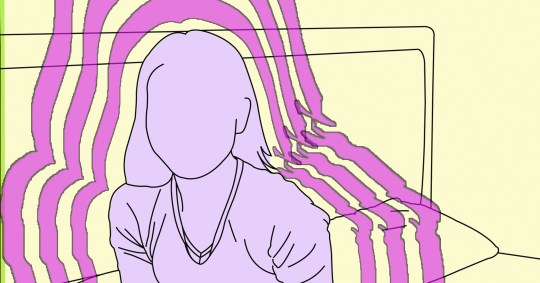 Regardless, not every woman can orgasm from penetrative sex. In fact, one study found almost 80% of women can’t orgasm without clitoral stimulation.

For the lucky minority of women who can orgasm through penetration, science has the answers for which positions are the best for getting there.

Increased blood flow to the clitoris is key: The clitoris needs to become engorged (filled with blood) to reach orgasm.

These researchers used an ultrasound scanner on a volunteer couple as they had sex in five positions for 10 minutes each.

They found that the best way to get blood to flow to the clit was in missionary, with the woman’s hips propped up by a pillow.

‘However, there is little scientific research that evaluates the association between different coital positions and their ability to produce female orgasm.’

The researcher’s objective was to ‘compare clitoral blood flow before and after coitus in each of the five positions, after a standardised period of time.’

According to the scans, face-to-face positions are most effective at stimulating clitoral blood flow, while doggy is the worst.

So now you have a scientific retort to any man who sneers at missionary.

I’ve cheated on wife our whole marriage, I’m jealous of the attention she gives the kids & it stops sex being boring

MOST love rats have three affairs, for up to four years, before getting caught, according to a recent…
byBizLifetime
No comments

I got divorced after 14 years, 5 things I’d never do in a relationship & all the red flags I now know

Having sex might alleviate some hay fever symptoms (Credits: Artur Plawgo, Science Photo Library/Metro.co.uk) Did you know that…
byBizLifetime
No comments

Save 10% off EVERYTHING at Lovehoney with this exclusive code