Why ‘no-habiting’ and not co-habiting could help your relationship


Would you live apart from your other half? (Picture: Getty/Metro.co.uk)

We tend to think of moving in together as a necessary stage in a romantic relationship.

But what if you just… didn’t do that?

What if rather than sharing a flat or saving up for a house deposit together, you and your significant other decided to live separately – not out of necessity or being long-distance, but by choice?

You might balk at the suggestion – we get it. When cohabiting has been held up as a healthy part of a relationship for so long, the idea of not doing that can ring alarm bells. Surely if a couple doesn’t share a bedroom, that means somethings wrong – right?

But living apart while being together – a trend we at Metro.co.uk are calling no-habiting – might actually be the way forward.

No-habiting has some high-profile fans. Grimes recently shared that she and Elon Musk live in separate houses (they’re no longer dating, apparently, but were at the time), and we all remember hearing that Helena Bonham Carter and Tim Burton lived in separate wings of a joined property during their 13-year relationship. Don’t take it as a bad sign that both of these couples have since split.

The reasons for decided to no-habit vary from couple to couple. For Grimes and Elon, it’s down to differences on ‘the basic stuff’ of tidiness preferences and aesthetics.

‘Some partners can find it suits their other routines well, such as mismatched work schedules,’ notes clinical sexologist and relationship coach Ness Cooper. ‘When one partner needs to sleep different hours, if the property is small it can upset another’s work-sleep pattern.

‘Benefit systems is a big player on why some partners may not live together. They may not be able to move into together due to the threat to their income, even when they require the living expenses.

‘Location to work or family can play a part in why some partners live apart. It can be hard to move away from certain obligations or family ties.

‘Personal benefits may be that some people just generally prefer living apart.

‘There are many animals that choose to live apart but still have intimate long-term relationships with another, and humans are just the same. Some of us like living apart and others prefer living together, it’s just how it is for some.

‘Being able to have your own personal space and rituals can be important and not every environment is suited for everyone to express these in.

‘It’s also ok to still keep some personal space and rituals and not everything has to be shared.’

Essentially, the choice to live apart can be a natural extension of the sleep divorce, along with the idea that your romantic partner doesn’t need to fulfil all roles – in this case, perhaps they’re a great boyfriend, but a terrible roommate – and accepting that a relationship doesn’t need to look a certain way to be successful. 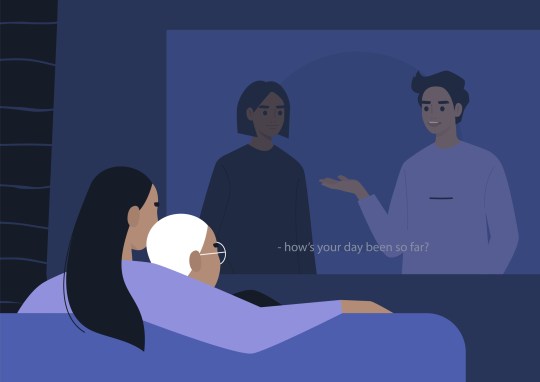 When you live separately, you have to plan time together more consciously (Picture: Getty Images/iStockphoto)

There are some obvious negative points to living separately…

Those are the potential problems. Now let’s look at the pros. 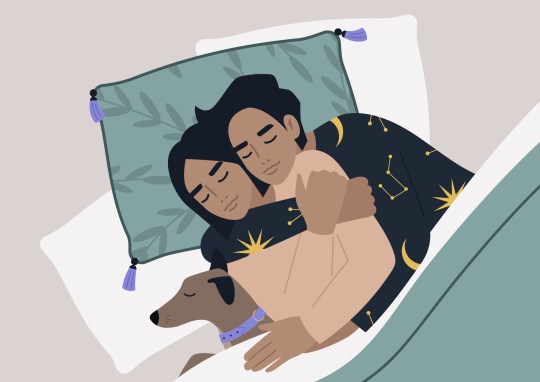 You don’t have to share a room to be ‘properly’ together (Picture: Getty Images/iStockphoto)

How to make no-habiting work for your relationship

Okay, so you’re reading this and thinking ‘yes, I like it’. Now what?

How to bring up the idea of living separately

‘Plan the conversation for a moment when no other conflicts are in the air,’ says Ness, noting that this shouldn’t be a reactive, impulse decision after an argument. ‘Allow each other to process the information and don’t put pressure for an outcome.

‘Take things in stages and if already living together do trails of being apart, and slowly separate belonging to where they would be best suited.

‘Talk about a schedule for when and where to stay overnight together.’

Audrey urges being prepared for your partner being upset by the idea. ‘Know how you will reassure them,’ she says.

Make it a conversation, rather than a directive, and listen to your partner’s thoughts and feelings before making the choice.

‘Be prepared to listen, because they may have ideas that you hadn’t thought of that may work even better,’ Audrey tells us. ‘Have an overall “blueprint” of what you want the outcome to be, but negotiate the options.’

You also need to accept that your partner’s answer might be a ‘no’. Figure out what your next steps would be if it is.

‘If the other person is really against it, and you are really for it, this could be one of the points in a relationship that is non-negotiable,’ explains Audrey. ‘You do have to be prepared for the possible outcome of ending that relationship.’

If they’re all for no-habiting too, however, it’s time to take these steps to make it a success… 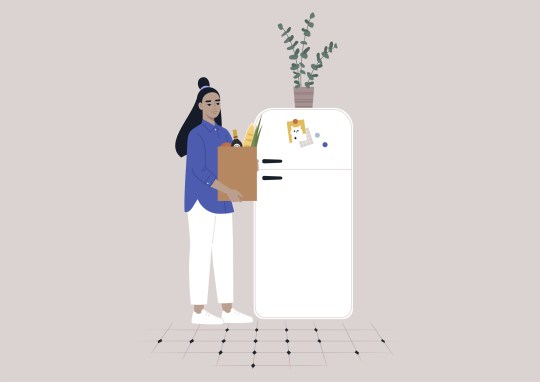 No-habiting allows you to keep your independence (Picture: Getty Images/iStockphoto)

Don’t make dramatic moves like selling your house or packing up your things right away – you need to try out this lifestyle before you commit.

You could try sleeping separately to get started, and see how that feels. Try booking a hotel for a week apart. Do you miss each other so much it hurts? Or are you feeling freer already?

Adapt no-habiting to work on a practical level

You might not be able to afford entirely separate houses, or adjoining flats.

A more realistic option might be just having separate rooms in the home that are just for you, whether that’s a bedroom or a special reading area.

Only you can know what will work for you and what you need. Adjust accordingly.

‘Remember living separately doesn’t always need to be a lifetime decision,’ says Audrey. ‘Keep an open mind and do what works best for your relationship at that time.’

Make time for each other

When you’re not living together, you’re going to have to make a conscious effort to do stuff as a couple.

Work out how much of this you’d like and how you want it to look. Maybe it’s having dinner together every day before retiring to your separate quarters, or perhaps you’d like to commit to a date night once a week.

Schedule in that time and make it a priority, so living separately doesn’t just become separating. 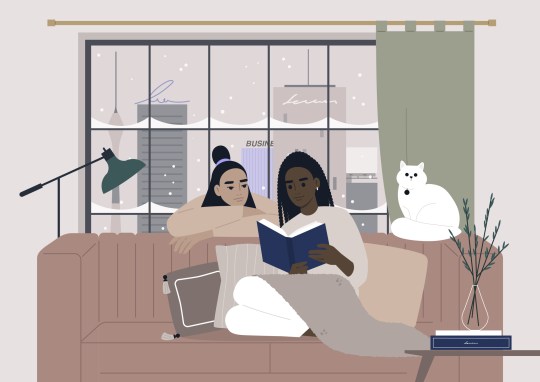 You’ll need to work out your own routines and rhythms (Picture: Getty Images/iStockphoto)

Make sure communication is strong

Ness says: ‘Talk about how your joint hopes and goals can still work together.

‘Send each other photos of day-to-day activities that makes you think each other.’

It can help to have regular debriefs planned in, where you know you can just openly share with no interruptions. This ensures that if no-habiting isn’t working for you, you can voice it before resentment builds, too.

Keep an eye on intimacy

When you’re not sleeping side by side night after night, physical connection can slip. Make sure it doesn’t.

Make time for getting physical – scheduling sex is a surprisingly good idea – and keep up the fun when you’re not together.

Ness strongly recommends exploring sexting. ‘Ask for consent first and start slow,’ she adds. ‘Reminding each other that you’re there for each other and want each other can be very hot.

‘Build new intimate rituals for you to have and share even when apart, such as a phone call after work or before bed, little skype dates or other methods.’

Have some ground rules

We know we keep banging on about clear communication, but it really is crucial. Ensure you’re on the same page about what no-habiting looks like for you.

‘Make sure you both understand what is happening and make time to talk together on important, couple issues,’ says Audrey. ‘You may need to decide on how your financial arrangements will look. You may agree on a set number of days/nights to spend together. You may need to agree that if either party doesn’t like it they can immediately tell the other.

‘Of course you can tweak and revise this, and change it to a more suitable pattern as you start “living it”, but as long as you keep the lines of communication open, there is no reason why you cannot be a couple with separate living arrangements.’

I’m a wedding planner, 3 things couples waste their money on & what you should do with the extra cash instead

Five people share their stories of having sex on a plane

Age doesn’t matter to these two (Picture: SWNS) Christopher is the same age as one of his husband’s…
byBizLifetime
No comments