Sometimes, planning a wedding can be a bit of a headache, to say the least. After all, preparing for one of the most important events in somebody’s life can put quite a bit of stress and pressure on one’s shoulders. That is why it is important that during such an occasion, everybody tries to find compromises and common ground so that everything goes as smoothly as possible.

People, however, can sometimes be hard to convince, even when things shouldn’t be up to them. Someone on Reddit decided to ask if they were wrong to ban their own mother from their wedding because of her constant and rude remarks regarding the Original Poster’s (OP) fiancee’s dress choice. Scroll down for the whole story!

As most of us can probably agree, the outfits of the newlyweds are some of the main highlights of any wedding. But above everything else, the newlyweds themselves have to enjoy their style. After all, it is their day. In the case of OP’s wedding preparations, among other people, his mother joined in when it came to picking his fiancee’s dress. The fiancee wanted to dress vintage, but OP’s mother thought that to be an inexcusably bad option.

OP starts out by saying that he and his fiancee, who loves to dress vintage, are getting ready for their wedding 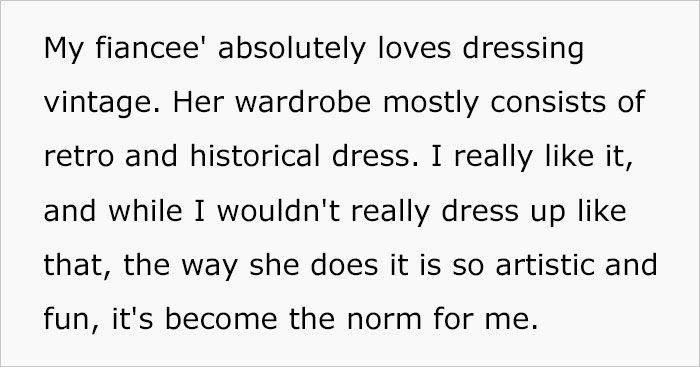 OP explains that he and his fiancee are getting married and mention that perhaps they’re not doing it at the best time, possibly hinting at the coronavirus pandemic. OP also explains that his fiancee loves to dress vintage, and even though he wouldn’t follow her example, he’s more than used to it. This is very important for the rest of the story. 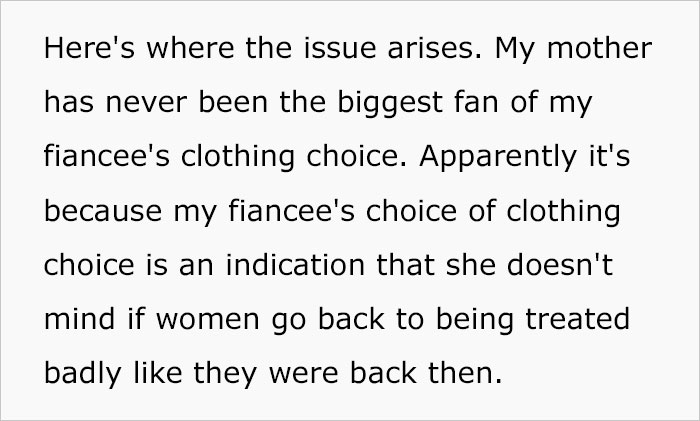 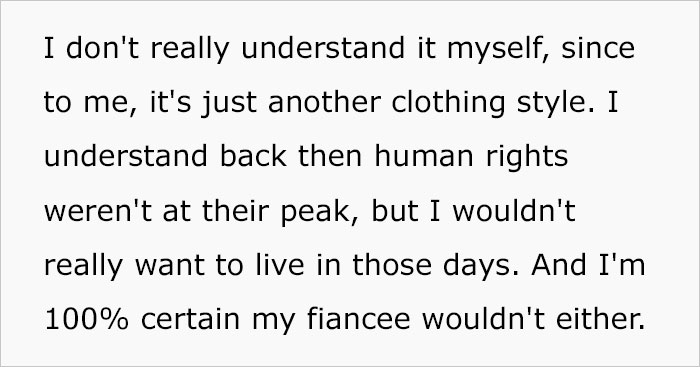 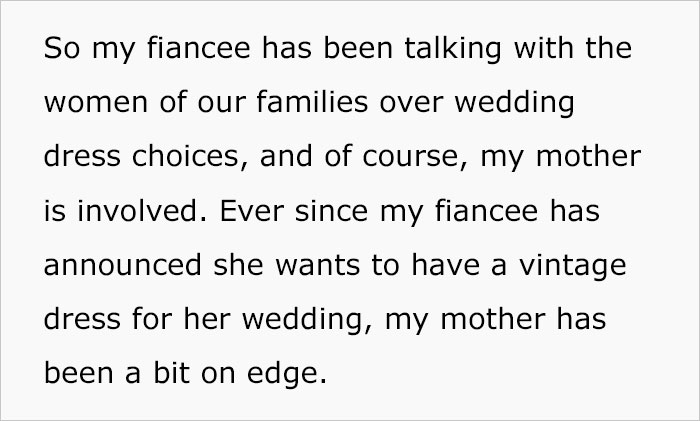 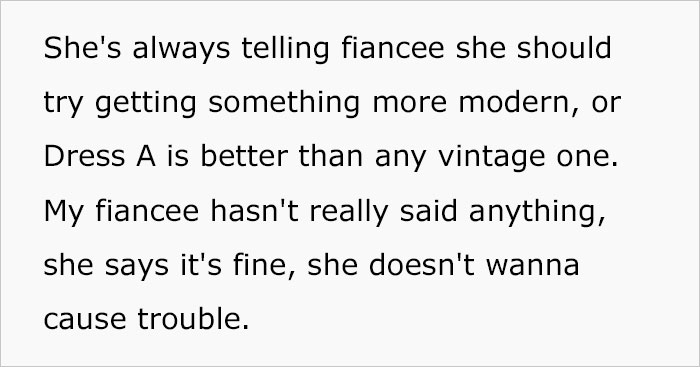 It appears that OP’s mother has a problem with his fiancee’s wedding dress, and for rather peculiar reasons. She managed to make a connection between the fiancee’s fashion choice and certain historical contexts, which point to the exploitation of women. On top of that, OP’s mother is constantly trying to convince the fiancee that she ought to wear something modern, rather than something she would feel good in.

The situation reached its peak when OP’s mother decided to bring a full wedding dress that she picked out to their home, which didn’t go down well 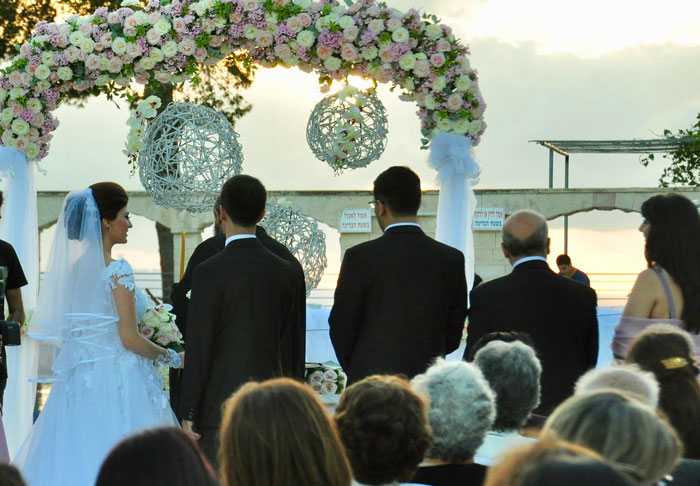 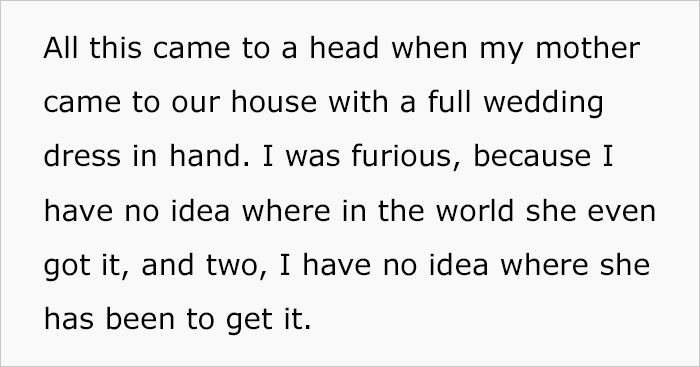 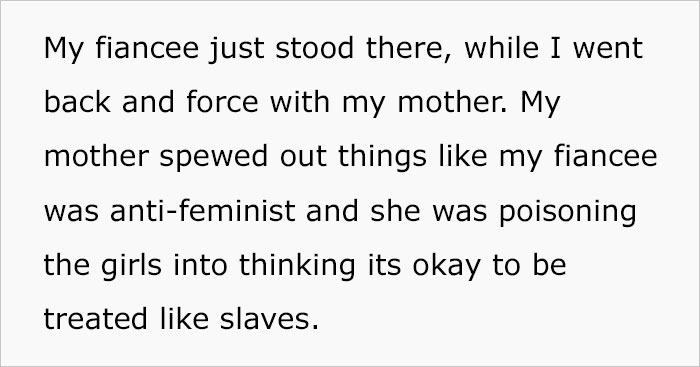 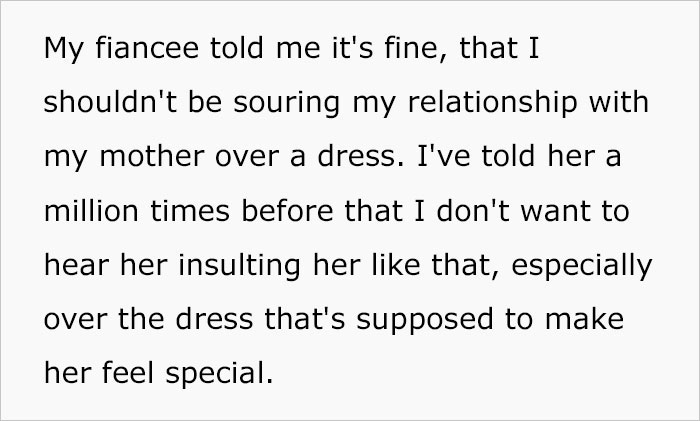 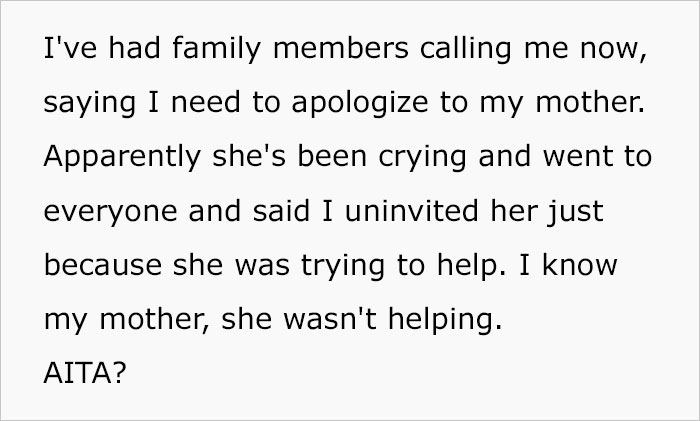 When OP’s mother appeared in his and his fiancee’s home with a wedding dress in her hands, things went off the rails pretty quickly. Not only she was insisting that the fiancee’s dress was not appropriate, but she also started saying things that were truly out of proportion. The mother and son exchanged some things and she was uninvited from the wedding, storming out afterwards. After all this, OP wanted to know if he was wrong to do that.

The commentators stood in unanimous support for OP, saying that he was right in protecting his fiancee’s interests 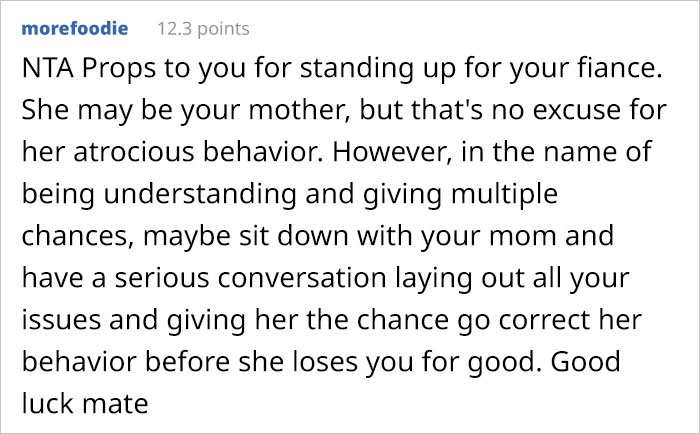 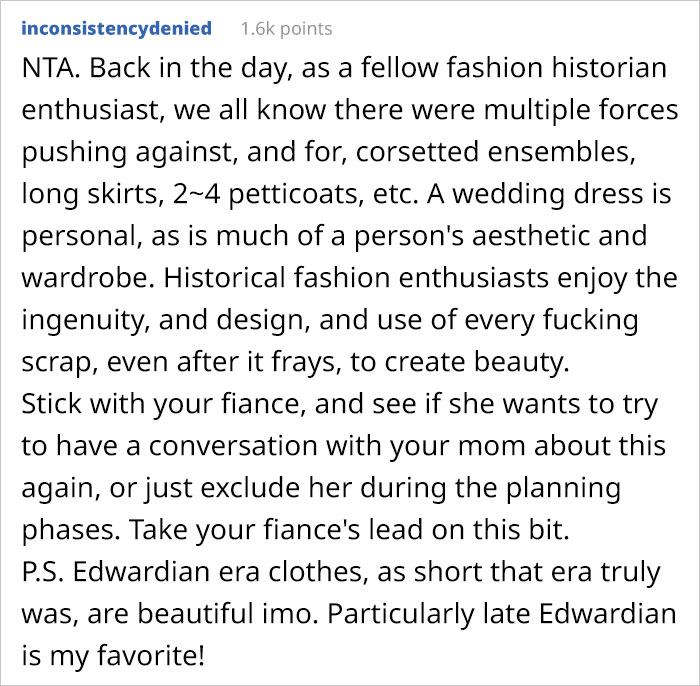 All in all, it seems from people’s reactions that the OP was indeed right in that situation. Things can always be handled in the most orderly fashion possible, but other times strictness is key in protecting someone’s interests, which is what OP did. What do you think of the situation? Consider leaving a comment!

When thinking about the most influential fashion figures of all time, Princess Diana always comes to mind. Whether…
byBizLifetime
No comments

A sartorial tribute. Meghan Markle honored the late Queen Elizabeth II with her jewelry choices while attending the…
byBizLifetime
No comments

Funniest Celeb Met Gala Moments and Photos Through the Years

The Met Gala is the most fashion-focused red carpet event of the year, but the clothes aren’t the…
byBizLifetime
No comments

ONLINE shopping can be a difficult task. With thousands of options to choose from, it can be hard…
byBizLifetime
No comments