I ordered a bespoke dress for my sister’s wedding

BEING asked to be maid-of-honour is a special moment for anyone.

And it’s not a role to be taken lightly. After all, they are partly responsible for ensuring the day runs smoothly.

Anthonieta, who is African, ordered a bespoke maid of honour dress for her sister’s weddingCredit: tiktok.com/@_anthonieta 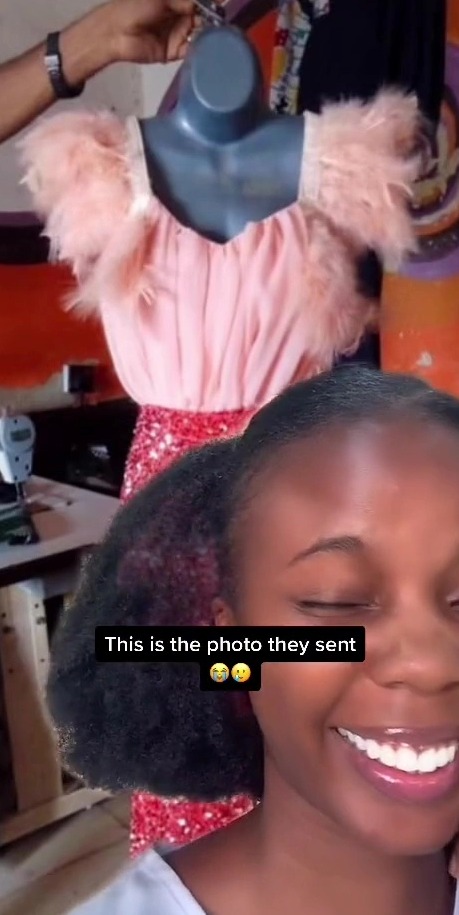 The social media user decided on a bespoke gown and sent the money to a dressmaker, only what she received was something very different to what she asked forCredit: tiktok.com/@_anthonieta

But one woman’s hopes of a straight-forward day were dashed weeks before the wedding day had even arrived.

Anthonieta, who is an African presenter and actor, took to TikTok and explained how she was delighted to have been asked to be her sister’s maid of honour.

She settled on a bespoke gown and sent an image of the design she was hoping for, along with the money, to the dressmaker.

Anthonieta then shared a snap of her dream ensemble, which featured feather shoulder detail, a corset-style bodice and figure-hugging skirt. 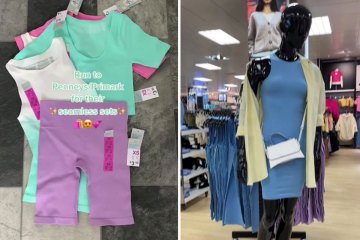 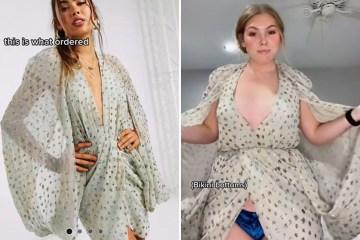 In the next clip, she revealed a photo of the very different dress that she received back – and it looked completely unrecognisable from the original picture.

Instead of a gown which oozed sophistication, the dress was pastel pink with bright red sequins – and drew comparisons to a flamingo.

To make matters even worse, Anthonieta explained that she had just five weeks to find something else.

And many of her social media users were left amused by the frock fail, with one writing: “NO THAT SECOND ONE IS RANCID.”

“Y’all too ambitious,” a second joked.

A third quipped: “Baby if that ain’t eighth grade dance I don’t know what is.”

A fourth added: “It’s giving when Cinderella sisters was ripping the fabric off her.”

Elsewhere, another commented: “She was flamingo bird of honour.”

A further wrote: “You did this to yourself,” to which Anthonieta responded: “I take the blame.” 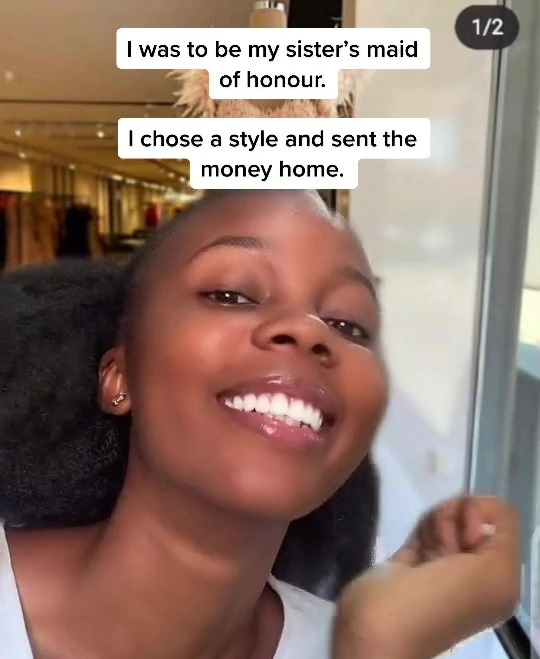 Instead of a gown which oozed sophistication, she received a dress which was pastel pink and featured red sequins – and which some accurately compared to a flamingoCredit: tiktok.com/@_anthonieta

Like a true leading lady, Margot Robbie slays on screen and off. From flowing gowns and silver tones…
byBizLifetime
No comments

I’ve bagged Chanel suits for £50 & Fendi tees for 50p, here’s how YOU can get a designer wardrobe on the cheap