‘Most days you’ll find me in a tweed suit, cravat and a top or bowler hat’ (Picture: Caters)

Meet Steven Payne, the man who loves to live like a Victorian, preferring the elegance and simplicity of the era.

Steven, from Whittlesey, Cambridgeshire, dresses in Victorian-inspired outfits, including tweed suits and top hats, and doesn’t have any modern gadgets in his house.

The 59-year-old explained that he started wearing period garb because it felt more elegant, and loves riding his penny-farthing to nip to the shop or for a trip to the cinema.

He says: ‘I dress more formally than most people do in the modern-day. I find dressing like this much more comfortable.

‘I only own one pair of jeans and one t-shirt in case I am ever in a situation where I’d need to wear such items of clothing.

‘Most days you’ll find me in a tweed suit, cravat and a top or bowler hat.

‘I also ride my penny-farthing anywhere that’s within about a 15-mile radius.

‘I cycle back from the shops with a bag of shopping on each handlebar, I ride it to the cinema and when visiting a friend and I also enjoy just going out for a ride on it.

‘I bought my penny farting seven years ago, and it is based on a late 1870s model.

‘The first time I tried to ride it, I fell off and broke my leg.

‘It’s 12ft tall, and it then took me six weeks to stop being terrified of riding it on the road.’ 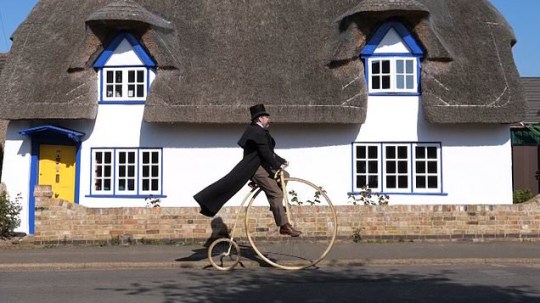 It’s not easy to learn to ride those things (Picture: William Lailey/Caters News) 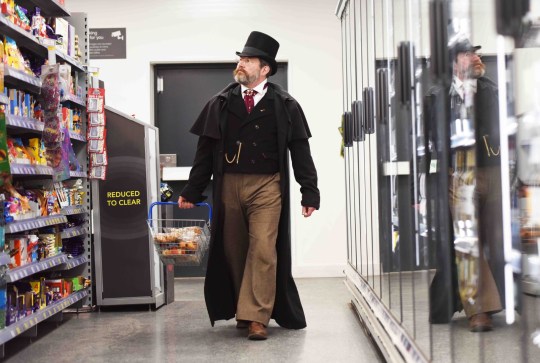 The penny-farthing doesn’t have any breaks, gears or even air in the tyres, with Steven saying it’s been a difficult thing to learn to ride.

Steven, who describes himself as a gentleman adventurer, adds: ‘It was all trial and error learning to ride the penny-farthing.

‘It is very hard to stop and get off of it because there aren’t any breaks, so you have to leap off sideways.

‘Going out on the road makes it much scarier because there’s other traffic, traffic lights and pedestrians, so you have to have the technique of being able to dismount quickly and safely. 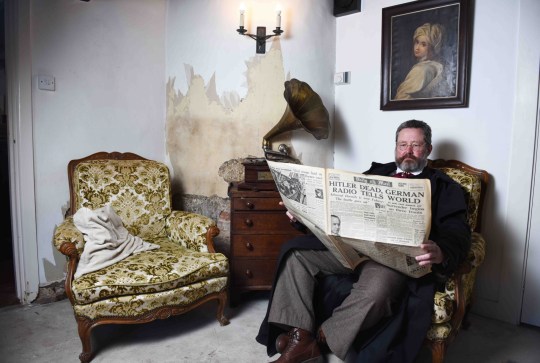 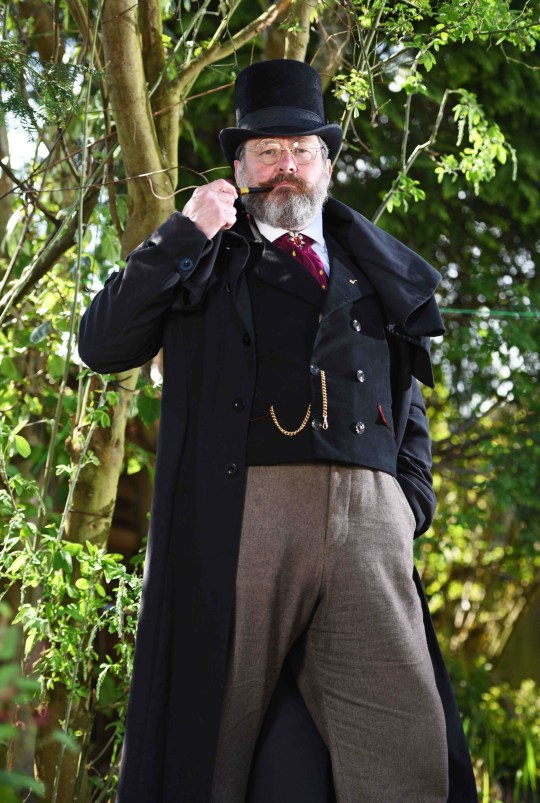 ‘Nowadays, some people look like they have fallen out of bed and into a pile of old clothes’ (Picture: William Lailey/Caters News)

‘I prefer the simplicity, elegance and slower pace of life in the Victorian era.

‘Before the internet existed, we were constantly connected to everything and everyone and I don’t particularly like the way that society has gone since then.

‘Everything is instantly accessible and in your face. I find it very intrusive.

‘People also seem to be constantly accessible too due to phones and social media. I have a mobile for emergencies and I only check it once at the end of each day.

Steven has his Victorian-inspired suits made by companies that make historically accurate clothing for TV and film productions.

He says: ‘I pop to the Co-op in my bowler hats and if I go out in the evenings, I dress up even more formally as they would in the 1870s.

‘I love the effort that they made with the clothes that they wore and the care taken in their appearance.

‘Nowadays, some people look like they have fallen out of bed and into a pile of old clothes. People don’t tend to dress as smart now.

‘I like to also use my lifestyle as a way of spreading some positivity, as well as sharing some historically valid information.’

IF YOU thought you couldn’t love Primark any more than you already do, think again. Bargain clothes, gorgeous…
byBizLifetime
No comments

LOOKS like the dog got hold of these dresses – or someone went at them with the scissors.…
byBizLifetime
No comments

A WOMAN was left stunned after she ordered a pair of trousers from Boohoo. Mel, from Scotland, is…
byBizLifetime
No comments

The Queen’s funeral: What are the Royal rules of funeral dressing?

The royal funeral dress code is built on hundreds of years of tradition (Picture: Getty) Since the death…
byBizLifetime
No comments