Stories that models reveal from their experiences working in various shows and photoshoots can get really shocking: from not being allowed to eat to maintain their figure to being forced to get plastic surgery, which not only is not healthy for the models themselves but is damaging to the minds of others who see those unrealistic and unnaturally attained bodies, wanting to take drastic measures to be closer to what is considered to be the standard of beauty.

People were sick of that and wanted to see everyday women modeling clothes for them and being represented as a beauty standard. It may seem like a positive change, but even in the plus size modeling industry, there is plenty of deception.

TikTok users were left speechless when they saw a video of a plus size model on their For You Pages who was actually too small for the plus size clothing but was still hired to model them in a fat suit.

The model who goes by the name Ronja Quinn on TikTok and redkaroline on Instagram has been a model for 10 years and she has been both a standard size model and a plus size model. Aside from modeling, Ronja Quinn is also studying chemistry & biotechnology.

Bored Panda reached out to the model and asked her what her experience transitioning to being a plus size model was. She revealed that she definitely has seen a difference in how she is seen and treated by others and also shared her observations of how the modeling industry changed during her career.

Ronja Quinn told us, “When I started modeling 10 years ago the industry was less accepting towards different sizes, ethnicities etc. The industry is moving forward but very slowly. The biggest difference being a plus model is that there is no pressure on keeping skinny anymore. For me for example, it would be better work wise to be bigger, because then I would get more plus size jobs, but my agency doesn’t pressure me on this, it’s just up to me.” 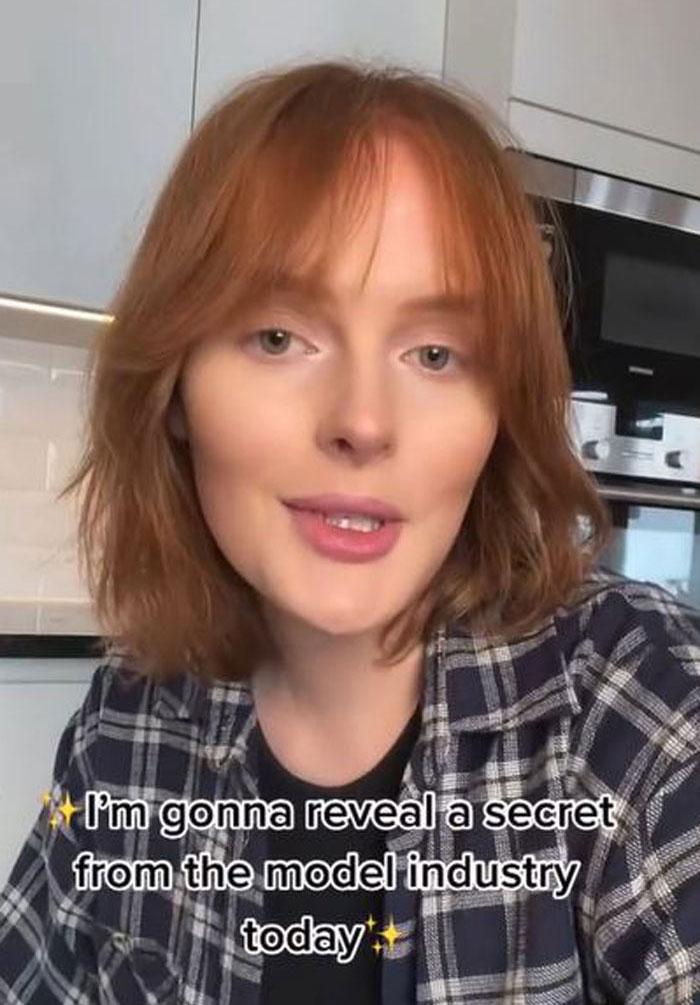 Her TikTok account is not focused all on modeling but there are a few videos that give us a glimpse into that world. In one of them, the model decided to reveal a secret that not a lot of people know about.

By now, most people know that the perfect celebrity photos are not natural and are edited to be perfect. We also know that many models get their bodies and faces retouched to make them slimmer and without imperfections before the photos reach the audiences.

Ronja Quinn is considered to be a plus size model, but plus size clothing is too big for her

What is surprising is that it’s not a guarantee that photos of plus size models are not modified as well. Which is paradoxical, because plus size women become models to represent natural beauty, but what they represent is not always natural.

Ronja Quinn explains that although she is considered to be a plus size model, the clothes that belong to the plus size category start from size 44, while the model’s size is clearly smaller, so they are quite big on her.

Clearly, this is wrong and the model told us that this happens really rarely, “Most plus brands do not fake the bodies. But for those who do, I think they would only care if the sales goes down, because in the end that’s all that matters. That’s why I wanted to make the video, so that consumers could make better choices, since I believe the power is in their hands.” 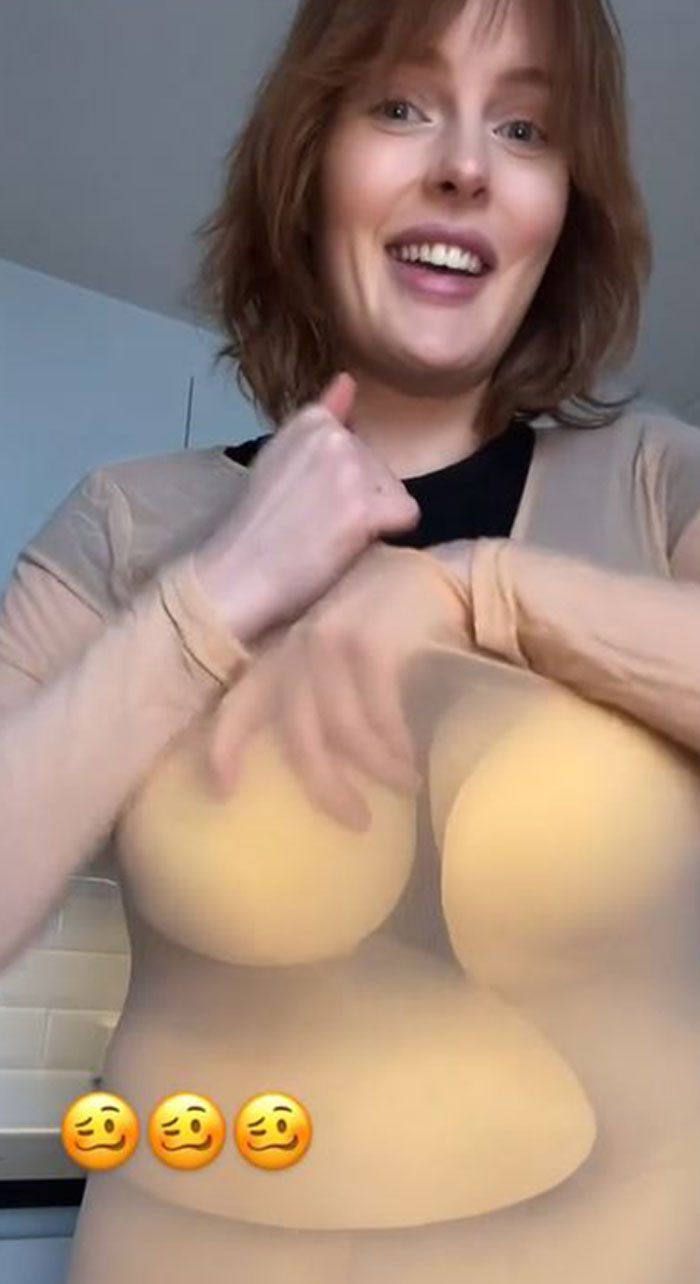 To make the clothes look like they fit the model, she is asked to put on padding or essentially a fat suit, but in pieces. She adds that it’s polite to bring one’s own. It may happen that the padding isn’t enough, so the clothes need to be pinned at the back.

The reason behind the fat suit, as Ronja Quinn clarifies, is so that the neck and face still look slim and defined. Which is not realistic and as the model notes, quite impossible, which is why she refuses to participate in photoshoots when she would be required to modify her figure.

But she says that it’s not that easy to avoid working with such brands as they don’t always know what sizes the clothes will be and if the brand will require padding. The model knows people who get into “this situation quite often, and it’s definitely hard for them to be on set and say no to it, because otherwise the clothes won’t fit and the client won’t be happy.” 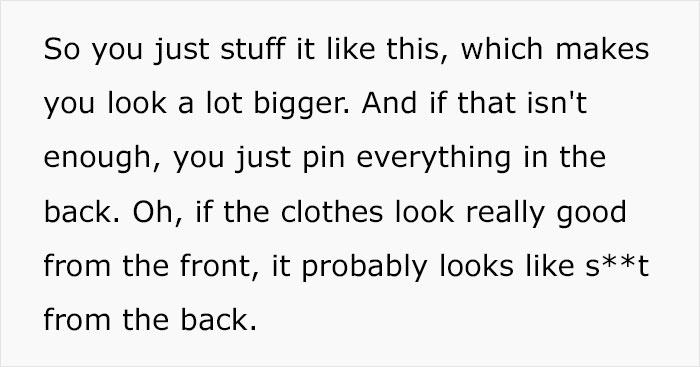 It is important for Ronja Quinn that people would know that she didn’t want to mislead them into thinking that all brands do this. There are some who just put padding in only some areas to fill in the clothes, some hire really skinny models and make them wear a lot more padding but all in all it’s really the minority. 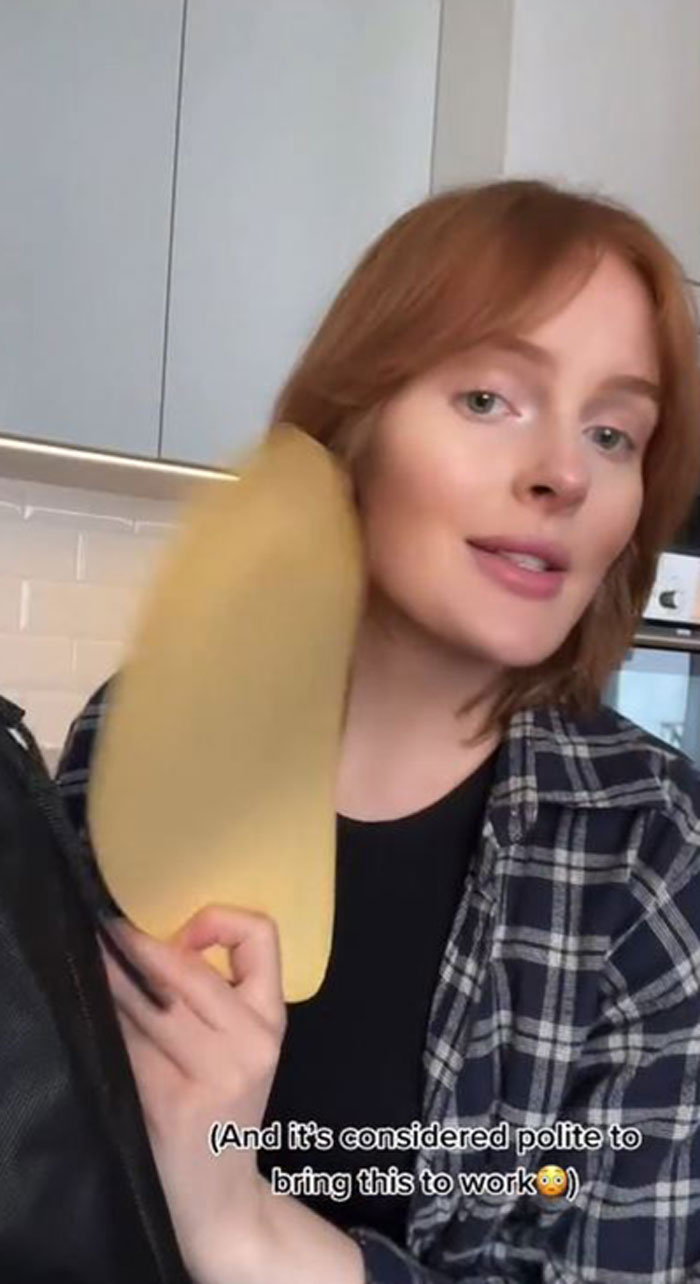 To come up with a solution doesn’t require a degree in rocket science: companies just need to hire real women who wear the sizes they carry and clothing brands need to create clothing according to the bodies of real customers that put money in their pockets.

They should step up their game in design, too. Before ending the video, Ronja Quinn quickly expresses her wish that plus size clothing wasn’t so “horrifically ugly.” We asked why she thinks bigger sized women are neglected style wise and in her opinion, “a big part of the reason is that most of the designers are not plus size women themselves, and therefore can’t fully understand what that market wants. ” 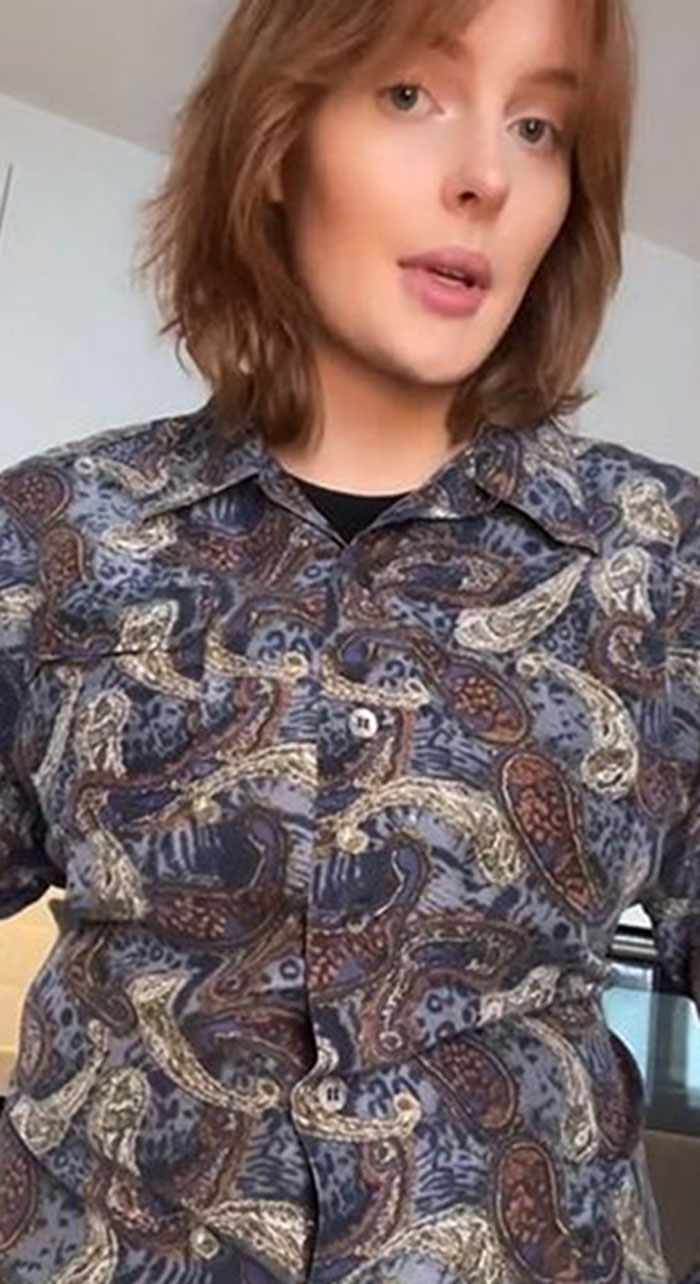 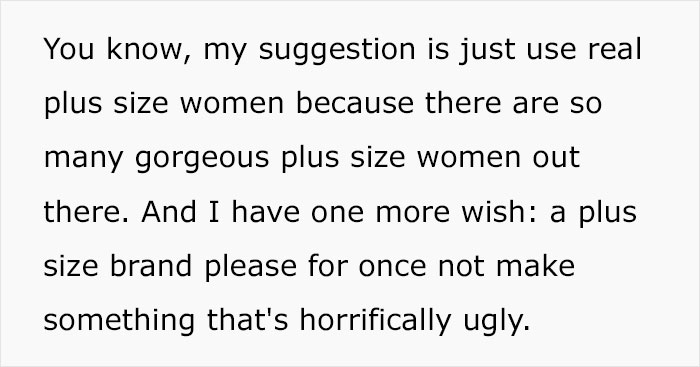 You can watch the video right here

@coolquinnBased on questions for my video “from skinny to plus size” with 3M views, link in comments ➡️♬ Monkeys Spinning Monkeys – Kevin MacLeod & Kevin The Monkey

Most of the comments were of people expressing their surprise and anger. They realize how damaging it is to other people’s minds when they see an image they could never compare themselves to. Even knowing that the body was modified even before starting to take photos, it still gives an impression that that is what they are supposed to look like in order to be seen as pretty.

What was your reaction to what goes on behind the scenes of some plus size photoshoots? Do you think it’s normal for companies to try to make up their own beauty standards even if they are so rare or non-existent in reality? Or do you think that is what modeling is all about: showing an unattainable beauty standard that very few people on this earth possess? Let us know in the comments!