From the material to the piping, this is almost an exact match (Picture: Fox/Zara)

Marge Simpson has long been a style icon, known for her tall blue hair and soothing husky voice.

Yet, despite wearing the same green dress in every episode of The Simpsons, her most memorable fashion moment was only featured in one.

In one season seven instalment of the long-running cartoon, titled Scenes from the Class Struggle in Springfield, Marge and Lisa are visiting a discount clothing store and spot a Chanel suit reduced from $2,800 to $90.

In candy pink with shiny black piping and gold buttons, the blazer and skirt fit Marge like a glove.

The matriarch is invited to the local country club thanks to her new get-up, but after being mocked by the snobby clientele, she sews the garment into different shapes to wear something ‘new’ each time she visits.

The family decide to ditch the country club and the suit gets damaged, but its cultural memory lives on – and you can even now buy a doppelgänger at Zara. 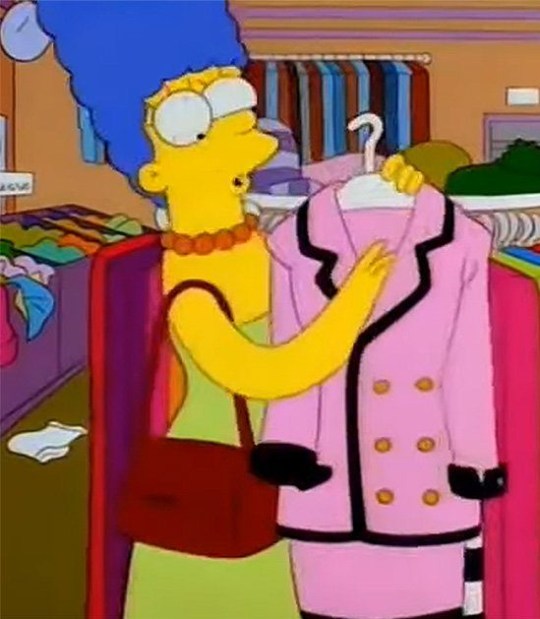 Marge finds the designer set for a bargain price in a discount store (Picture: Fox)

From the metallic hardware to the boucle material, it’s easy to see why this high street piece has drawn comparisons. It’s also double breasted with the same contrast trim.

Priced at £79.99, Zara’s option is a lot cheaper than an actual Chanel jacket – and easier than rummaging bargain bins for a find as good as Marge’s.

Eagle-eyed fans pointed out the similarities on Twitter, with some even claiming to have bought it as an homage to the show. 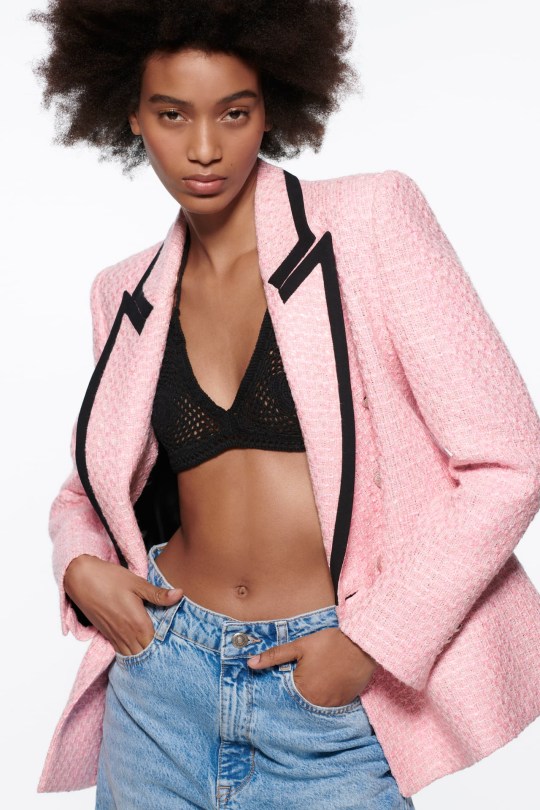 Unfortunately Zara hasn’t released a matching skirt just yet, but we live in hope that we can one day cosplay Marge’s most enigmatic ‘fit.

Other options to work the look include Gant’s rose jersey blazer with dark piping and this Gucci feather-trim number. Keep an eye on resale sites, too, as you may be able to nab your own vintage Chanel find.

Bear in mind that Marge’s suit was inspired by the one worn by Jackie Kennedy (who, like the character, also had the maiden name Bouvier) when her husband John F. Kennedy was assassinated, and finding an exact replica may be difficult due to its historical significance.

In lieu of cut-price couture, the Zara alternative is the closest most of us are getting. At least we know Marge herself also loves a bargain.

See the Stars Who Rocked All-Black

Primark have launched a new dreamy Italian inspired collection…and we want it all!

LAUNCHING in stores today, Primark’s new Italian inspired collection is filled with perfect summer pieces that will have…
byBizLifetime
No comments