How long does caffeine keep you awake?

Waiting for that coffee buzz to kick in? (Picture: Getty)

Many people need caffeine in the same way that cars need fuel and flowers need sunlight.

Caffeine is a stimulant that can be found in drinks like coffee and tea, as well as energy drinks and fizzy drinks.

The UK drinks 90 million cups of coffee every single day – with about 70% of this being instant coffee, which contains around 60mg of caffeine per cup, according to Drug Wise.

Whether you are necking a cuppa in the hopes it’ll get you through the day, or worried that a post-dinner cappuccino will play havoc with your sleep schedule, you may be wondering just how long your caffeine buzz will last.

Here is everything you need to know.

How long does caffeine keep you awake?

Caffeine has a half-life of around four to six hours, which means that your body will process half the amount of caffeine you consumed in that time.

This means that you may still feel the effects of caffeine, such as feeling alert or awake, up to six hours after you consumed it. 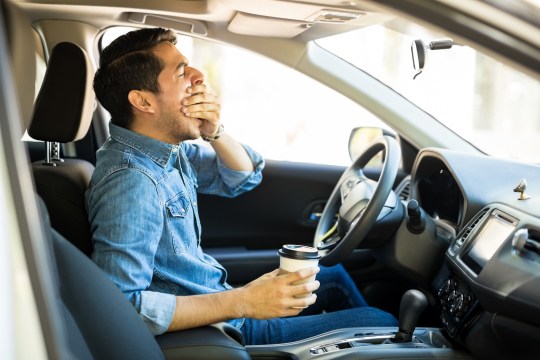 Your caffeine high can last up to six hours (Picture: Getty)

So, that evening coffee is a bit of a faux pas, with a 6pm cup still giving you a buzz come midnight.

If you want to start winding down and going to bed at 9pm, you should stop drinking caffeine after 3pm at the latest.

According to studies conducted by researchers and published in the journal Science Translational Medicine, drinking the equivalent of a double espresso can throw off your body’s natural sleep cycle by an hour.

Can caffeine make you feel tired?

Despite making you feel alert and awake, the NHS website states that too much caffeine can also make you feel tired.

This is for two reasons. The first is that caffeine can mess with your sleep schedule, meaning you are not getting enough rest.

The second is because caffeine blocks adenosine, the chemical that makes you tired.

According to Healthline, the adenosine builds up, and then hits you all at once when the caffeine wears off, making you feel really tired.

The NHS recommends switching to decaffeinated tea and coffee, or gradually cutting out caffeine altogether if it’s making you feel tired.

THE cost of living crisis means many people are trying to cut back on their food spending. And…
byBizLifetime
No comments

WHEN it comes to drinking alcohol during a night out, we all know how important it is to…
byBizLifetime
No comments