How many times have we heard the phrase ‘The customer is always right’? For many bosses, that’s a promising mantra that will move them up the corporate ladder like a few lucky rolls in a Snakes and Ladders boardgame. But for the employees? It’s a slippery slope which, more often than not, leaves them navigating punishing dichotomy with no good outcome. However, sometimes workers get caught between a rock and a hard place which leaves them no other choice but to prove to their senseless managers, at whatever the cost, that the system needs some restructuring.

As deli worker u/SpoodsMcBeef tells in his riveting story, the whole mess began after a very late customer demanded to be served right before closing. Having been following his strict sanitization and overtime protocols, the employee politely refused. As a natural chain of events, this being the 21st century, a negative Google review and the manager’s outrage followed.

Seeing no other option but to oblige to management’s contradicting demands, the author of the story got to work and did what he was told. Did that satisfy his superiors? No. But some good ol’ malicious compliance made sure that from there on out, this deli will make some exceptions when serving late customers. 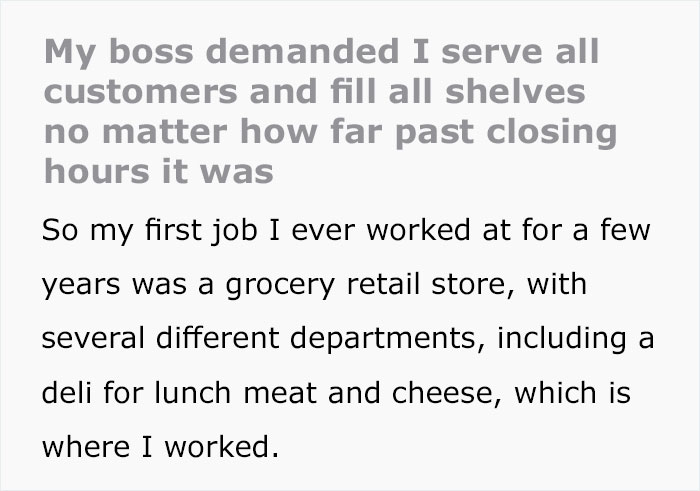 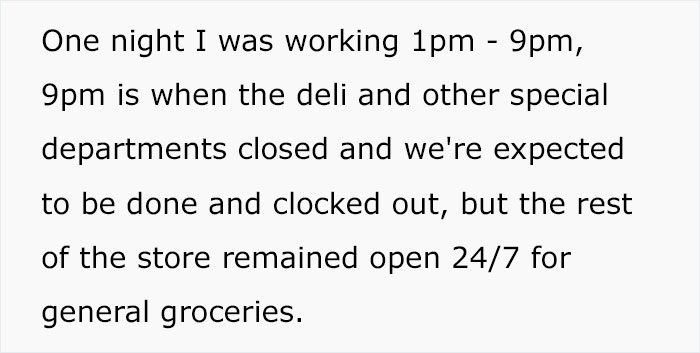 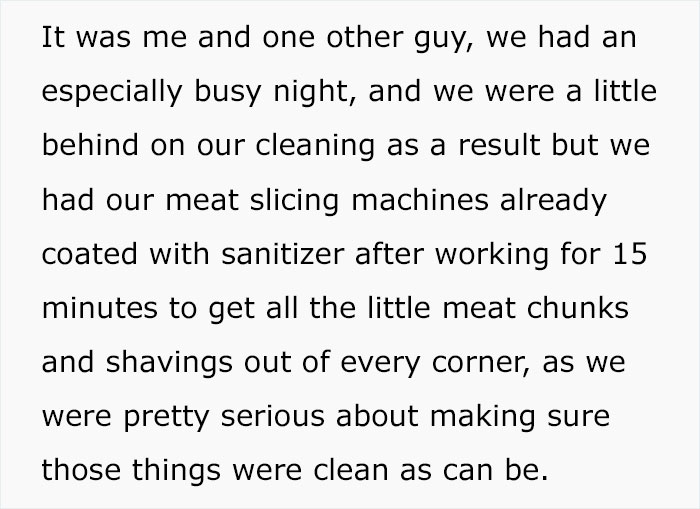 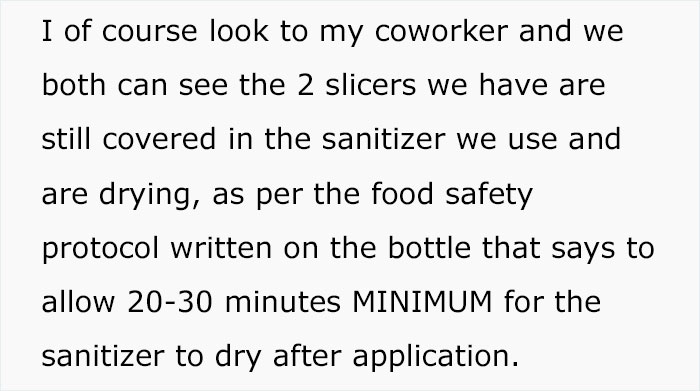 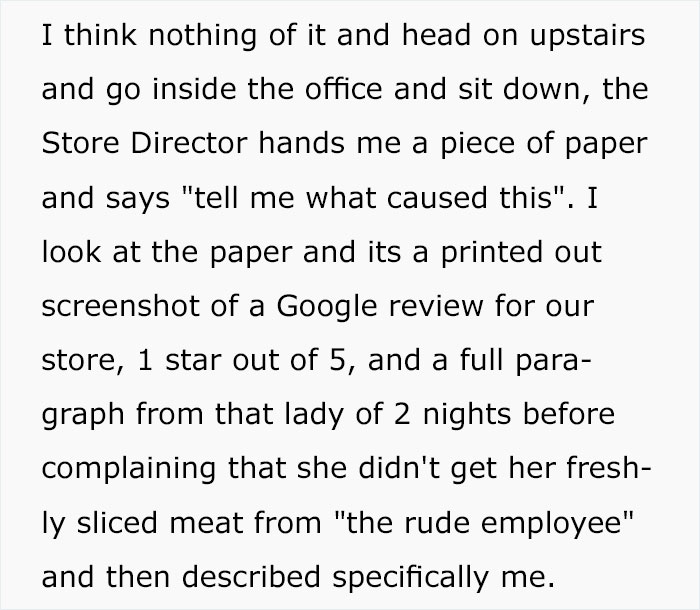 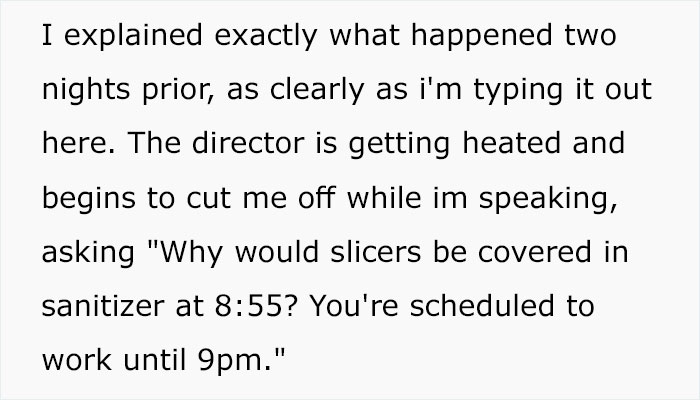 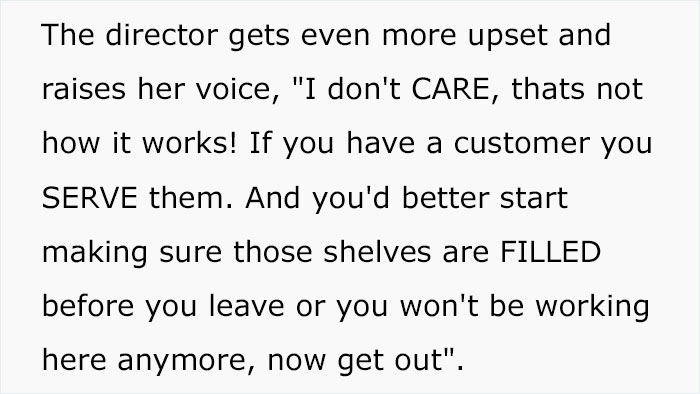 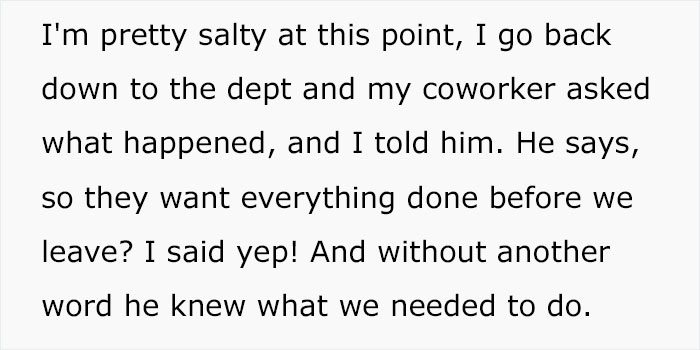 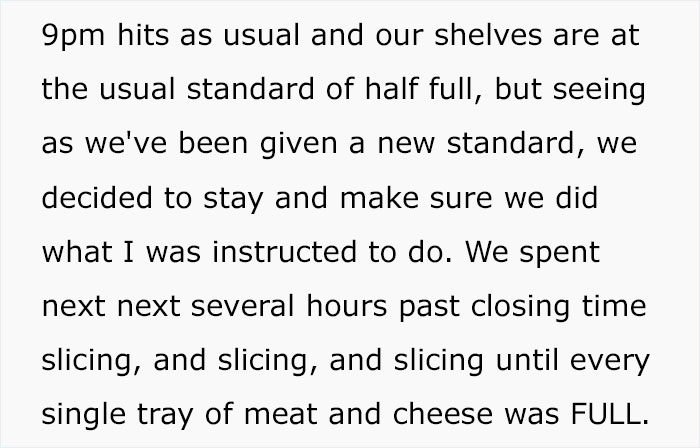 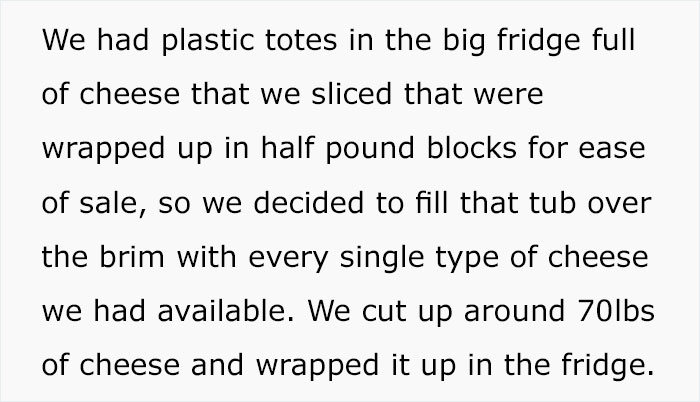 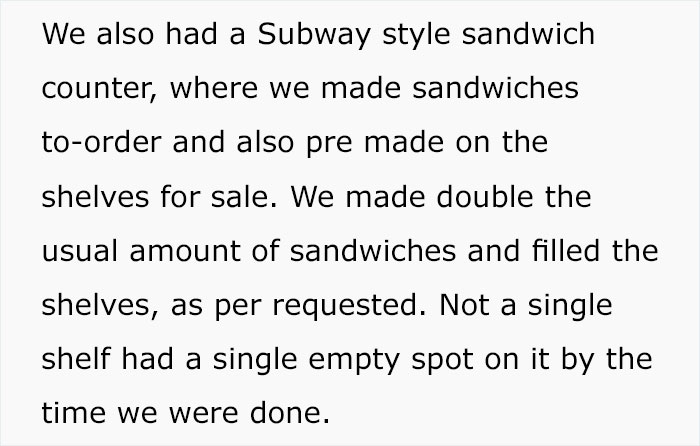 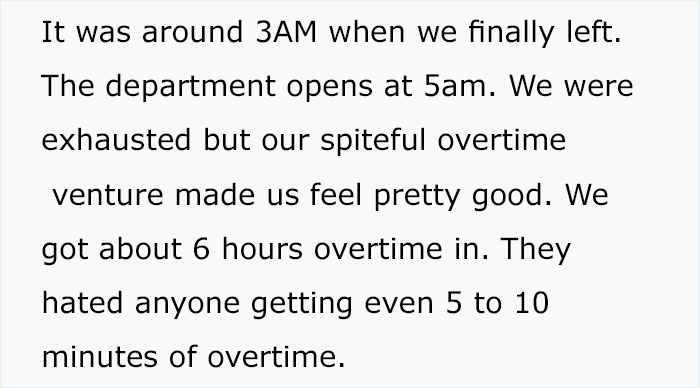 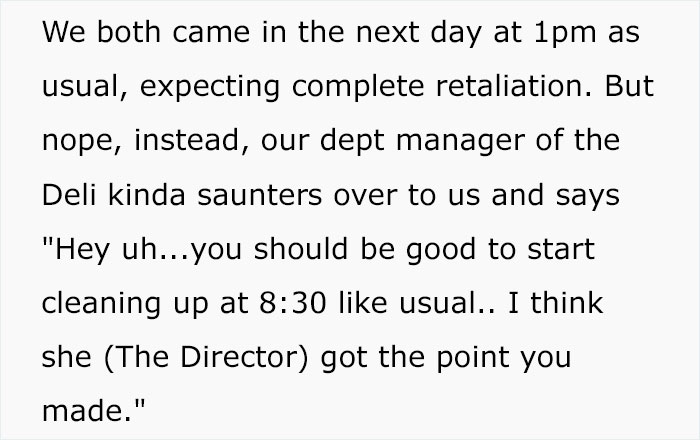 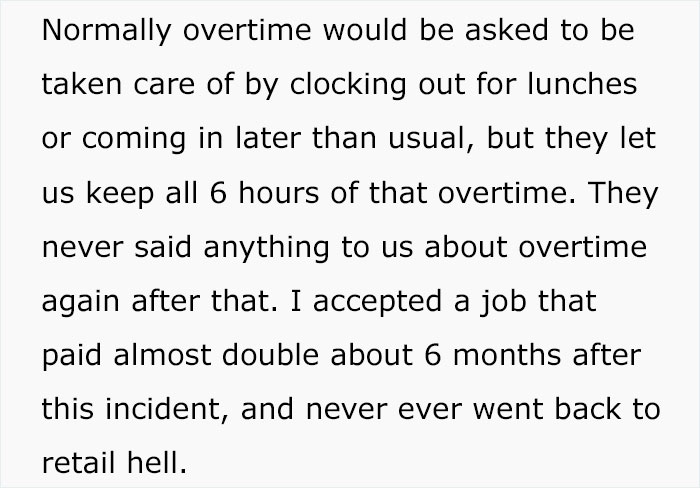 Whether incited by a hungry, never-ending clientele or workplaces with bottomless quotas that stretch far beyond any reasonable expectation, the culture of overtime is on a hot-seat more than ever before. While the horrid conditions of worn-out workers in Japan were always known by the West, statistics show that we’re slowly getting there as well.

Besides the annually increasing (unpaid) overtime, which contributes to a mouth-watering sum of $300 billion businesses lose each year because of work-related stress, working more than one normally should can also lead to a decrease in concentration, various mental health issues and extreme fatigue. Believe us when we say ‘working myself to the bone’ isn’t only a playful phrase — it actually puts more than 745,000 workers in the grave every year.

In order to learn more about this cultural issue, we reached out to Joshua Krook, a researcher, public speaker and the author of the ‘Our culture of overtime is costing us dearly’ article. He tells us his interest in this topic began when he was reading about career prospects in Australia for doctoral law candidates like himself. “Part of my research started to diverge on issues of employment and lawyers particularly, who happen to have extremely long hours most of the time,” Krook told Bored Panda.

At the time of writing his research, two major law firms in Australia were being investigated for overworking their employees. And even Australia’s federal ‘Fair Work Act’, which allows workers to refuse working more than 38 hours — a standard workweek — was powerless against people mindlessly willing to go the extra mile no matter the cost.

“That’s the legal protection. What happens actually is the cultural and social pressure becomes overwhelming,” he said. “Let’s say you work at a big law firm and you want to stick to 40 hours. But if everyone around you is working 60 hours a week and pulling all-nighters to get projects done — there’ll be a huge amount of social pressure to follow their lead. And even if you don’t do that, and you assert your legal rights, your employer has many methods to punish you in various micro ways.”

All folks agreed that businesses like this deserve nothing else 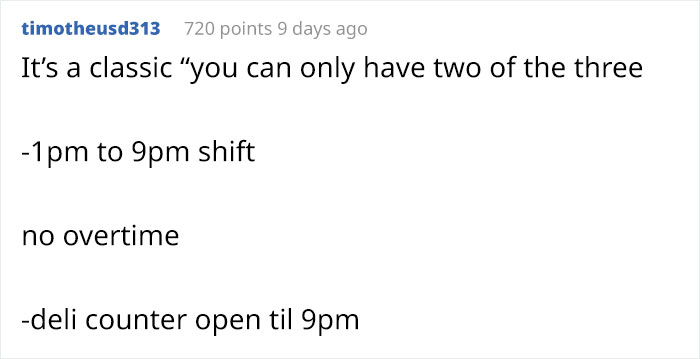 Peter Cappelli, professor of management at the Wharton School and the author of ‘The Future of the Office: Work from Home, Remote Work, and the Hard Choices We All Face’, believes our work culture is moving in this direction because “it’s easy to do” for companies that encourage overtime. “If the business is squeezed for cash, they can just push employees to work longer. I don’t think most employers start out expecting that their jobs will require 50-60 hours per week. But it happens because there is no pushback,” Cappelli told Bored Panda.

Similar to Joshua, he thinks part of the problem lies in companies not being honest about the actual expectations of working time. “Most people quit because, when they get there, they don’t think the arrangements are fair nor what they have expected,” he pointed out. And statistics, although not directly, back this up: more than 1-in-5 (21%) full-time employees are “working more than they want to.” Some are lured by premium pay rates (“1.5 times the normal rate in the US,” Cappelli points out), others — simply have no other choice.

One of the ways to combat this, Joshua says, is to make employers reveal the actual working hours. “I think there should be a legal requirement to include working hours within job descriptions to show how much people will actually be working,” he said. By knowing if you’re selling your soul and personal life for money, people could make a more informed decision.

Before we start pondering how beneficial that would be, Joshua explains a bigger issue lies in the culture we’ve been raised in. “There are some law firms in Australia that give awards for the employee with the most number of hours every year.” Bonuses, award systems, ’employee of the month’ — these are just a few examples of workplace mechanisms set in place to “enforce this culture of overtime work” without breaking any laws, Krook says.

And so far, it seems to be working.

NOTHING quite hits the spot than a bowl of piping hot, crispy chips, when you’re craving something savoury. …
byBizLifetime
No comments

I’m a food expert, you’ve been washing your strawberries all wrong

IT’S something we’ve been doing with just water for years, but now a food expert has revealed we’re…
byBizLifetime
No comments

Platinum Jubilee: Last-minute snacks you can buy for a street party

THE old fan favourite the ‘slow-cooker’ has been replaced with a new “it” gadget – the air fryer.…
byBizLifetime
No comments