Watch out for hot-tub boats and giant LEGO cars

It is a weird and wonderful place, London, isn’t it? As evidenced by the selection box we have put together for your going out pleasure this week.

There’s a time machine made out of LEGO and a dinner made of Japanese knotweed; a little boat you can take out with your friends and do a barbecue on and another where you can soak in a hot tub.

There’s also a club where you can lay down some tracks while you sip cocktails, a cocktail bar where you can rent out a pagoda and free food…. For your dog! 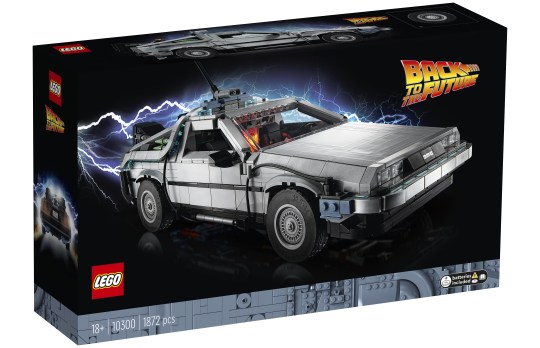 Slouch socks and mullets at the ready, The LEGO Store is going all 80s in celebration of their new Back to the Future Time Machine at an event at the Leicester Square store that is set to be even more rammed than it usually is.

The big giveaway that something is afoot will be the actual DeLorean Time Machine parked up outside the shop, ready for your Insta opps, while inside apart from the blaring BTTF soundtrack, you get to star in your own Back to the Future movie poster that you can print out and cart home and you might even get to meet LEGO designer Sven Franic.

It will mean nothing to some people, and EVERYTHING to others. 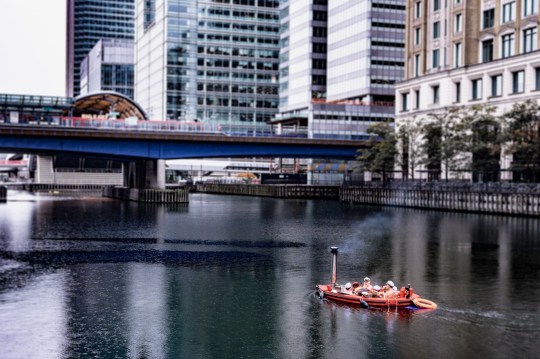 Apparently, all the smart money is on a heatwave coming in April so we’re busy not only getting beach ready (for the park) but booking up stuff like the Skuna BBQ Boat where you get to sail around the historic West India Quay Dock over in Canary Wharf in your own private boat with up to eight mates while – multi-taskers at the ready – cooking your own barbie out on the water for a whole 100 minutes!

How genius is that? From just £13 per person!

You can also charter a Skuna Hot Tub Boat, and lounge around in 38-degree waters while you sail around. Now, hand us that hair-removal cream, we’re going in. 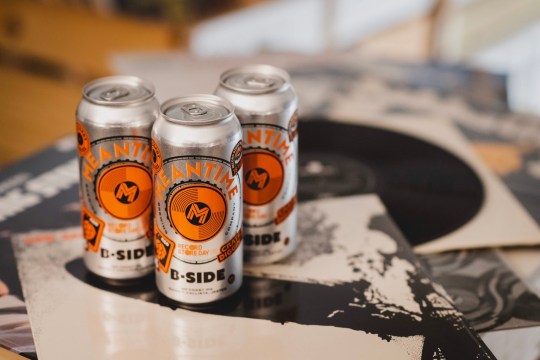 Everyone loves vinyl (even if some people wouldn’t even know how to, to quote Dannii Minogue from the 90s, put the needle on it), so we’ll all be out to celebrate craft brewery Meantime’s day-long festival to celebrate the 15th anniversary of the UK’s biggest vinyl event, Record Store Day.

With live music from Samm Henshaw, Hak Baker, Do Nothing, Sister Cookie and Jess Iszatt, a vinyl market with the very best from the cream of London’s independent record stores and, of course, beer including a specially-created brew called B-Side from Meantime, we’re looking at a big day out with moneys being raised for War Child as we party. 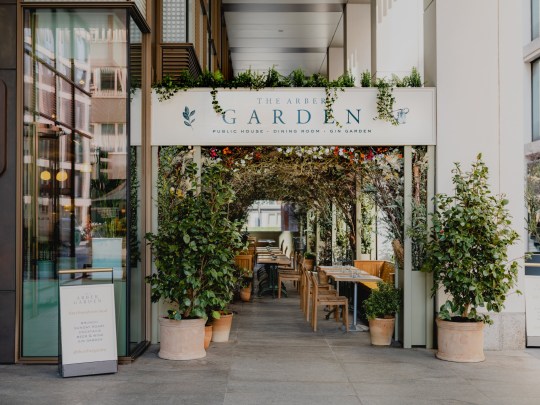 We’re in two minds as to whether we should share this with you *thinks about it* oh, go on then, as it’s you.

Well, did you know that just a step away from the hustle/bustle of London’s Oxford Street, there is a gin garden, called the Arber Garden, where you can quaff you-know-what (or other drinks!) on a roomy terrace stacked with florals and foliages?

And the botanicals don’t stop there – or even in your gin – as they have a menu that is ‘healthy, lighter and bold’, whether it’s ricotta with raw courgette or crispy squid with wild garlic mayo.

And it’s all quite sheltered so even if that heatwave doesn’t materialize, the rain won’t water down your gin. 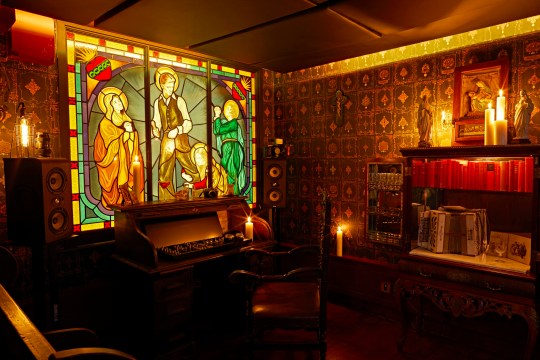 Fancy hob-nobbing with the hob-nobs of the music industry? Well, there’s a brand new Bowie-themed venue for that kind of thing in – guess where! – Soho!

It’s called The Thin White Duke (one of David Bowie’s nicknames) and it’s being described as an ‘all-day drinking and dining venue to work, play and create’.

But what sets it apart from other clubs is the presence of recording studio suites complete with instruments for you to get a-jammin’.

Interiors-wise, the nods are apparently to Japan and Berlin, to reflect the many styles of Mr. B, with coffee by Girls Who Grind and a specially designed cocktail menu from Dav Eames.

Oh and an all-day cicchetti menu (which means snacks). It is a strange and beautiful thing.

Waste not, want not 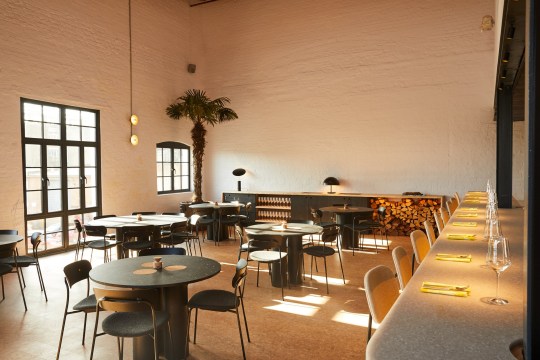 You know what we could murder tonight? Some Japanese knotweed.

Something you’re unlikely to hear, like, ever or until after this dinner featuring the, erm, knotweed thing, the first in a series of events where dinners are created from unlikely ingredients (ready yourselves for jellyfish, crayfish and venison, the last two of which don’t sound that weird) in order to highlight waste.

The Invasive Species series is the brainchild of chef, author and presenter Doug McMaster, enemy of waste (‘Waste is a failure of the imagination’) who hopes to inspire us to think more about challenging ingredients.

Listen, if it’s deep-fried, we’ll eat our own contact lenses. And it all happens in Silo, the world’s first zero-waste (and beautiful!) restaurant. 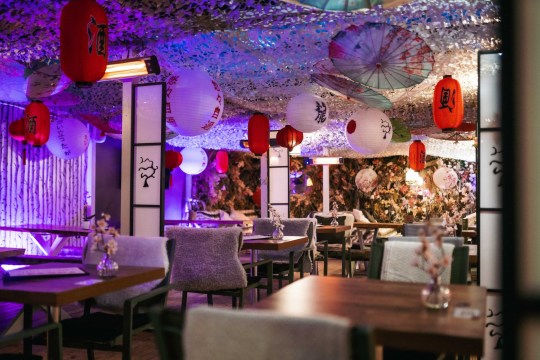 When is a bar not a bar? When Neverland have had something to do with it, that’s when. And this new pop-up in Fulham is no exception.

For a start, you don’t just get to book a table, you can book an igloo or a pagoda or a Fuji gondola or a Blossom Igloo on the roof for up to eight people or even a neon-lit Kyoto Bar Cabin (we swear, the Insta opps are through the roof!)

Add a whole truckload of blossom and florals, futon-style furniture with blankets and furs and let’s not even get into the soft gua bao with pork belly, the aromatic yakitori sticks and the crispy gyozas and gorgeous cocktails. Like your local it definitely isn’t. 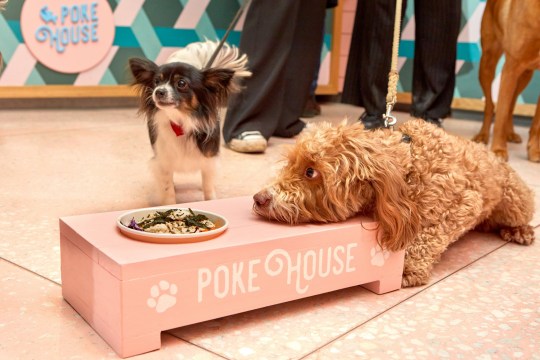 Just because they’re dogs, doesn’t mean they’re not hit by the cost of living crisis so your pint-sizes will be glad to hear about this special offer from Poke House, where dogs get to eat for free!

It’s called Pup Poke, designed to celebrate the recent National Puppy Day, and it is a healthy bowl (think glossy coats!) put together by dog nutritionist Cam Wimble, which is quite the name.

All you have to do, is go into one of London’s Poke Houses, order up and say the words ‘Poke pups’ to a member of staff and him/her down there will get a bowl of chicken, quinoa, courgette, red cabbage and nori seaweed!

NOTHING quite hits the spot than a bowl of piping hot, crispy chips, when you’re craving something savoury. …
byBizLifetime
No comments

SLICING onions is a dangerous buisness.  Depending on your recipe you want to get the well diced or…
byBizLifetime
No comments

You’ve been organising your fridge wrong

These are the best events coming to London this week