Endless time indoors during the pandemic has contributed to soaring screen times among UK adults, according to a new study.

Researchers at the University of Leeds’ School of Media and Communication surveyed 500 UK adults and conducted around 20 interviews to gauge how much time people were spending on their digital devices during and following the UK’s three lockdowns.

They found that more than half of those surveyed had a daily screen time of at least 11 hours a day.

A quarter were looking at their devices for upwards of 14 hours per day.

The study found a correlation between increased screen time and the pandemic.

Perhaps unsurprisingly, more than half of respondents said their screen time increased during the pandemic, with one in four saying their screen usage at work and half saying they use screen time for leisure more often now, even despite restrictions being listed. 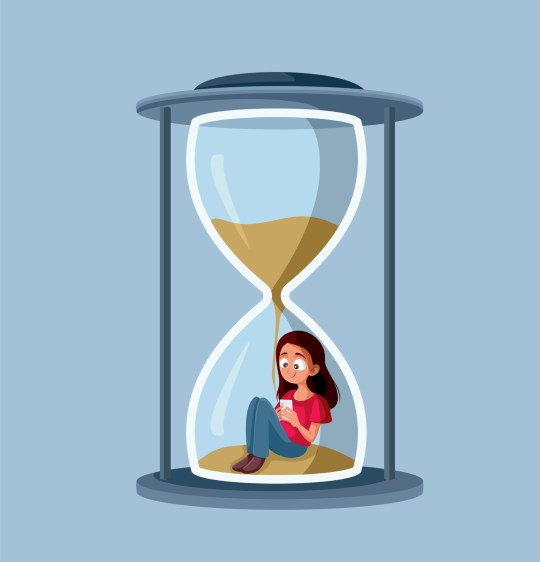 One in two people are spending more time using their devices for leisure (Picture: Getty/iStockphoto)

It’s widely recognised that excessive screen time is bad for our health, both physical and mental.

When asked about their perceptions around how screen time is impacting their health, most of the respondents said that screen time had a negative impact on their health, with 40% having experienced negative physical side effects, including eye strain, headaches, fatigue, less motivation, social anxiety and a decline in their attention span.

Additionally, participants felt they would benefit from further guidance to give them the tools they needed to make informed decisions about their screen exposure.

The researchers are now calling on the government to introduce regulations around screen time.

The study’s Principal Investigator, Rafe Clayton, said: ‘There is a clear ask from the public for government guidance on screen usage, and the evidence suggests that having a number of hours that they should consider not exceeding would be beneficial.

‘This may be particularly important when it comes to safeguarding vulnerable adults.

‘As the majority of negative health impacts occur after six hours of screen usage, the government may want to consider issuing guidance which encourages people to limit their screen time to under six hours a day, and to try avoid screen exposure that regularly exceeds nine hours a day.’

Co-investigator, Professor Carmen Clayton from the Institute of Childhood and Education at Leeds Trinity University, added: ‘As our work, education and home habits see the lasting effects of the Covid-19 pandemic, it is more important than ever to have readily available guidelines to help people regulate their screen time.

‘We now know that many people only adjust their screen usage when they experience negative side effects.

‘The government offers guidelines to help us with many aspects of our health, and with screens playing a prevalent role in most people’s lives, it’s time to make such guidance available.’

The New Rules of Feeling Sick

The maskless man a few rows back was coughing his head off. I had just boarded the train…
byBizLifetime
No comments