Dad suffers three strokes and has parts of his skull removed

Neil’s skull was drilled into to relieve pressure on his brain (Picture: Neil Jones/SWNS)

These shocking images show the devastating impact on a father who suffered three terrifying strokes – and had parts of his skull removed as a result.

Neil Jones, 39, had a life-changing haemorrhagic stroke in April last year, which was followed by two more shortly afterwards.

The former army corporal was in a coma for two months and the left side of his body has been left paralysed.

Neil, of Barrow-in-Furness, Cumbria, had parts of his skull removed so surgeons could relieve swelling on his brain, which have left him with ‘horrific’ headaches.

He said: ‘I suffer awful headaches from where my skull has been removed and replaced but I’m slowly getting some control on those.

‘My brain was swelling causing more damage so my skull was removed and left just over my brain not fastened.

‘I then had another bleed and had burr hole surgery to drain the blood.’ 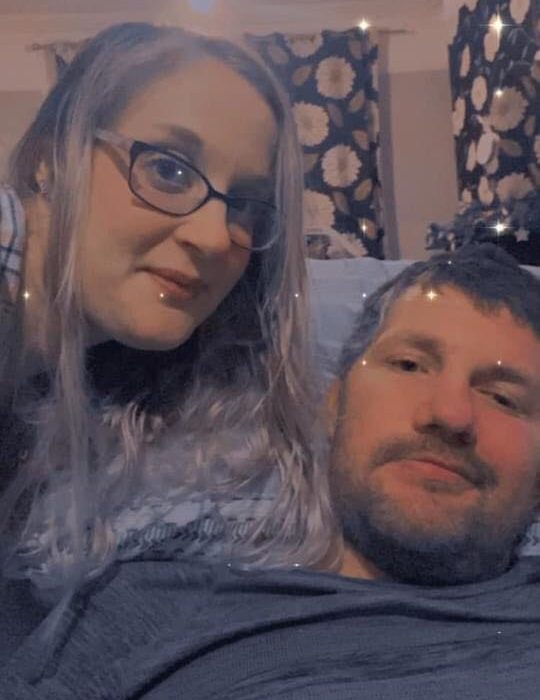 Burr hole surgery is typically done in emergency situations, and involves a hole being drilled into the skull to treat subdural haematoma.

These holes reduce pressure in the brain, but the procedure comes with a number of risks, including potential seizures and further bleeding.

Neil was placed into a coma for two months following his surgery, and three months later was back in theatre for further treatment on a separate haematoma on the opposite side of his brain. 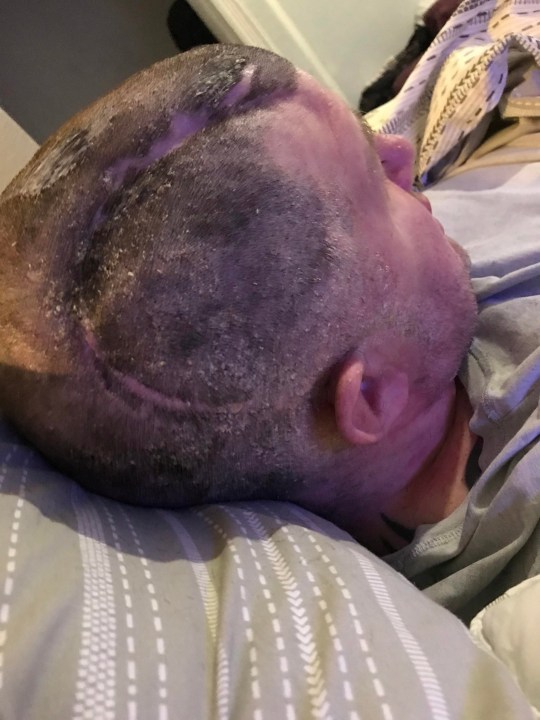 After the surgery, he experienced severe headaches (Picture: Neil Jones/SWNS)

‘They drained this and then went back in and fastened my skull back down,’ said Neil.

‘I was in a coma at first but have suffered headaches since. They are a lot less now than they had been at the beginning, they were horrific.’

When he was allowed home on December 23 after eight months in hospital, Neil says he could ‘do absolutely nothing’.

39-year-old Neil was previously commended for bravery after apprehending a sex attacker in 2018 (Picture: Neil Jones/SWNS)

But now, after going home, he is able to stand for around ten seconds and is regaining movement in his left leg.

He said: ‘I’ve now been home for 12 weeks, I came home being able to do absolutely nothing.

‘Within this, my therapy team has been fantastic. 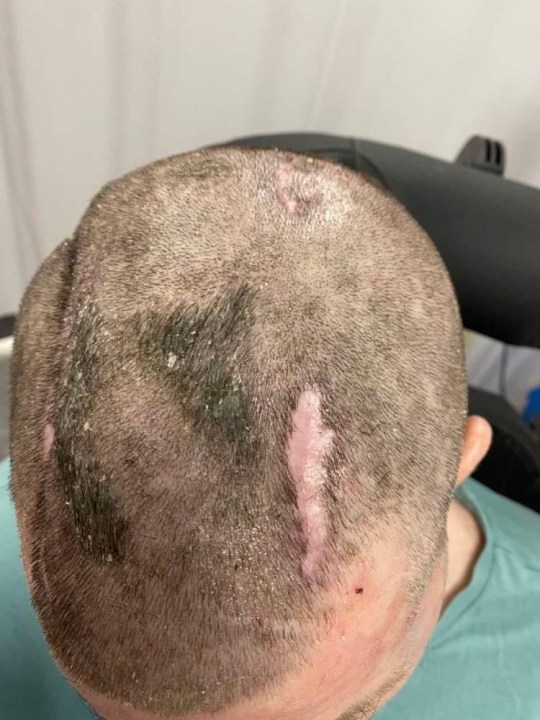 The former army corporal has been left with scars reminding him of the terrifying health scare (Picture: Neil Jones/SWNS)

‘I can now roll myself to the left, sit alone comfortably and safely without being watched or held and can now even stand for around 10 seconds.

‘I’ve moved from level 1 – 6 on eating and can move the leg I was told was paralysed.’

Have-a-go-hero Neil was praised by police in 2018 for his bravery, as he chased down and apprehended a man who was committing a sexual assault.

A Just Giving page has been set up to raise money to help buy him a special electric wheelchair that is likely to cost around £5,000.

To find out more about Neil’s story and donate, visit the fundraising page here.

Symptoms of Omicron XE to look out for as 1,179 cases of new variant detected in UK

New Covid variant could be to blame for kids’ hepatitis outbreak, experts warn

A NEW Covid variant could be to blame for the mysterious hepatitis outbreak in children. Health chiefs have…
byBizLifetime
No comments