Jamie is a treasured wife, mother, sister, daughter, friend, and so much more (Picture: Dan Windsor)

Two weeks after giving birth to our fourth child, Fiadh, my wife started getting headaches.

Jamie had been experiencing blurry vision, as well as a slight issue with hearing in one of her ears. However, at that point – back in February 2021 – we thought she might be dehydrated. I kept telling her to drink more water.

One night soon after, we were in bed and I just remember looking at her and realising that what she was saying didn’t make any sense. Words were coming out of her mouth but I had no idea what she was talking about.

And so, the next day, she went to the doctor. She was told that it was most likely a postpartum migraine and was given pain relief and tests, but when they made no difference, she was sent to the hospital for a CT scan, to be safe.

We had no idea that she was about to receive a rare brain cancer diagnosis that would change all of our lives forever.

This was at the height of the pandemic and the rules around hospitals and numbers were strict, so I wasn’t allowed to go with her to A&E or her scan. 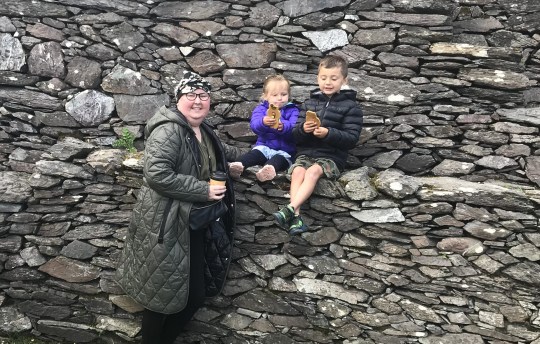 The impact of the chemo on her was massive – she became unrecognisable (Picture: Dan Windsor)

We’d been used to these restrictions, having just had a baby, so when I got a phone call asking me to come in, I felt instantly sick – I knew something must be seriously wrong. I got in the car and drove straight to the hospital.

On the way there, I imagined the absolute worst-case scenario, so I could prepare myself for the news – that way, whatever they said wouldn’t be as bad as what I’d been thinking.

We were told that my beautiful wife had a 6cm x 7cm sized tumour in her brain, in the left frontal lobe.

She was then rushed to Cork University Hospital, 60 miles from our home, to have it removed.

I followed the ambulance in my car and waited outside while she was admitted. She was, of course, kept in overnight and I had to find a hotel to sleep in – which involved a letter from the hospital due to lockdown rules.

Things were so confused, I didn’t have one, but luckily the manager called the hospital and sorted it out.

At around 1.30am I was wide awake in my hotel room when the surgeon called and informed me they were going to operate the next day.

He said they wanted to wait to ensure she got the best care and so daytime was best – there was a risk that if they took out too much of the tumour, it would affect her brain and she could have a stroke, leaving her unable to care for our four children, Liam (7), Tadgh (5), Tara (3), and Fiadh, who was just three weeks old.

The next day, they carried out the operation. I went home to be with the kids and Jamie’s mum while waiting for a call – it felt like days before we heard anything 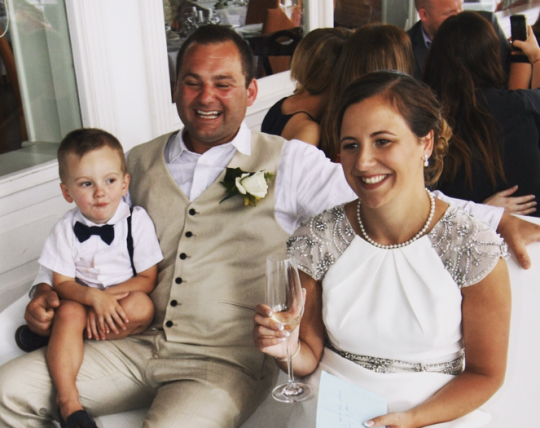 We’re trying to enjoy every single minute, every second even (Picture: Dan Windsor)

Finally, Jamie rang. But she couldn’t speak properly and was just repeating words back at me. She told me that she was coming home and we all got excited. But it turned out that she wasn’t, she was just incredibly confused.

However, just over a week later, we got a call to say that she could come home. We were, of course, delighted. At this point, we still had no idea what had caused the tumour.

Jamie is a dynamic woman. At 32 years old, she’s what I would describe as a trooper, a saint, a great mum, wife and friend, and an easy-going, all-round brilliant human.

We’ve been together for just over 10 years after meeting through friends and she’s the type of person that just gets on with whatever life throws at her – surely, we hoped, it was all going to be fine?

For a few weeks, we heard nothing. In that period, we had a glimmer of belief that the tumour had been benign, and they’d removed what they needed to.

Then, a consultant called us. We were to go and see the oncologist the following week. The oncologist told us the diagnosis: it was Grade 4 Glioblastoma Multiforme, a rare and extremely aggressive brain tumour.

Based on the statistics, life expectancy for this form of cancer is approximately 12 to 18 months from diagnosis. Only 25% of patients are lucky enough to survive more than one year, while only 5% will survive more than five years.

After the devastating news, our world was shattered – but we had to remain strong for our children.

Jamie had to wait to start an initial six weeks of radiation and chemotherapy and then went through 10 months of these cycles. The impact of the chemo on her was massive – she became unrecognisable. But, unfortunately, the treatment didn’t give us the desired outcome and the disease is still persistent.

However, never one to be defeated, Jamie decided to do some of her own research online. In October, she came across an alternative treatment, but she had to travel to Germany to access it. And each round costs a staggering 55,000 euros. 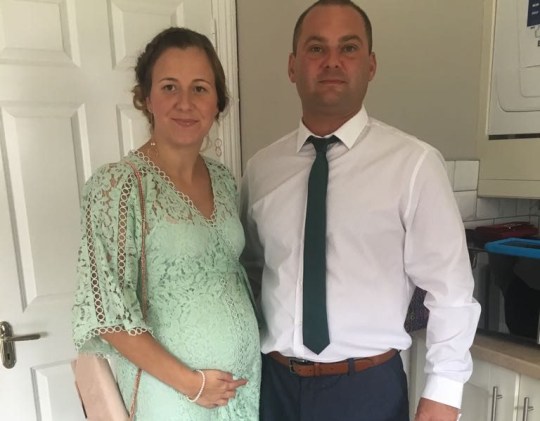 Currently there is no cure for Jamie’s cancer (Picture: Dan Windsor)

She’s now been across every month since we discovered the immunotherapy treatment. It involves them taking Jamie’s blood and injecting her T-cells with cancer cells, in the hope that it will turn them into what I like to think of as little ‘terminators’, that then fight to destroy the cancer cells.

The hope from this treatment is that it will kill some of the cancer cells and significantly extend her life expectancy. In three weeks, we’ll find out if this is working.

Currently there is no cure for Jamie’s cancer. And based on the harrowing statistics, time is of the essence if she is to continue to access specialist treatment.

If this treatment can buy her one more day, week, month, or even years, so that she can have more time with her family, then it is invaluable to us.

Jamie is a treasured wife, mother, sister, daughter, friend, and so much more. She means so much to so many. She is kind, funny, self-assured, so laid back she is horizontal, and always up for a laugh.

In being dealt this cruel fate, Jamie has also shown her strength and selflessness. She never complains about her situation and she has navigated the invisible challenges of her illness, such as the emotional toll, physical changes, and worry about our children’s future.

In seeking more funds for this treatment, we’re not looking for an answer; we’re looking for more time. More time together as a family. 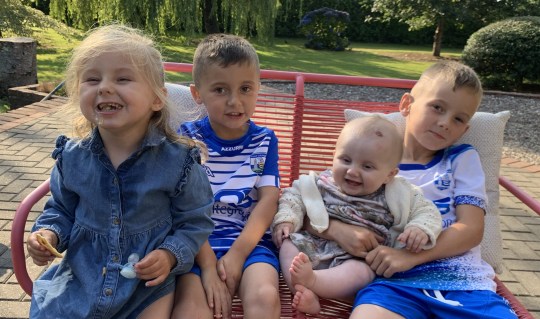 Jamie will live forever in our children (Picture: Dan Windsor)

In the meantime, all we can do is try to slow our lives right down. We’re trying to enjoy every single minute, every second even.

Essentially, our life together has been shortened. So we now need to exist in the moment and enjoy every cup of tea, every scone, every bit of time we spend together. We don’t take anything for granted.

I always say that you’ve got to look at your legacy; and Jamie is a great person with four amazing children. Whenever she dies – like when we all die – our legacy is our children. And Jamie will never die. Because she’ll live forever in our children, and hopefully their children’s children.

People say to us that it’s so unfair, and ask, ‘Why do these things happen to good people?’ But we can’t think like that. We’ve just got to enjoy every precious moment that we’ve got left together. And hope that this treatment will help give us a bit longer.

We’re so incredibly grateful for the support we’ve received. It has been overwhelming. We certainly couldn’t do this without our family, friends and neighbours.

It’s not in our nature to ask for help, despite the fact that we like to give it to others. But we’re fighting the fight and any help we can get is massively appreciated – it could make the difference between us having extra days, weeks, months and years together.

If you’d like to help Danny and Jamie reach their target of £105,000 to fund more treatment for Jamie, you can donate on their Just Giving page here.

As told to Siobhan Smith

‘I thought it was just a bite, so I ignored it’ (Picture: Jak Howell/Media Wales) Jak Howell first…
byBizLifetime
No comments

WORKERS could reduce their energy bills by thousands this winter – but there’s a catch. New analysis has…
byBizLifetime
No comments

Woman who uses wheelchair starts dancing to cope with her depression