THE sharks weren’t just circling last night, they were in a full-scale feeding frenzy.

“Resign! Resign!” chorused the entire Labour movement, the Lib Dems and the Welsh and Scot Nats.

It’s the spectacle of self-righteous Tories baying for the head of the PM which looks so revolting – just two years after winning them an 80-seat majorityCredit: pixel8000 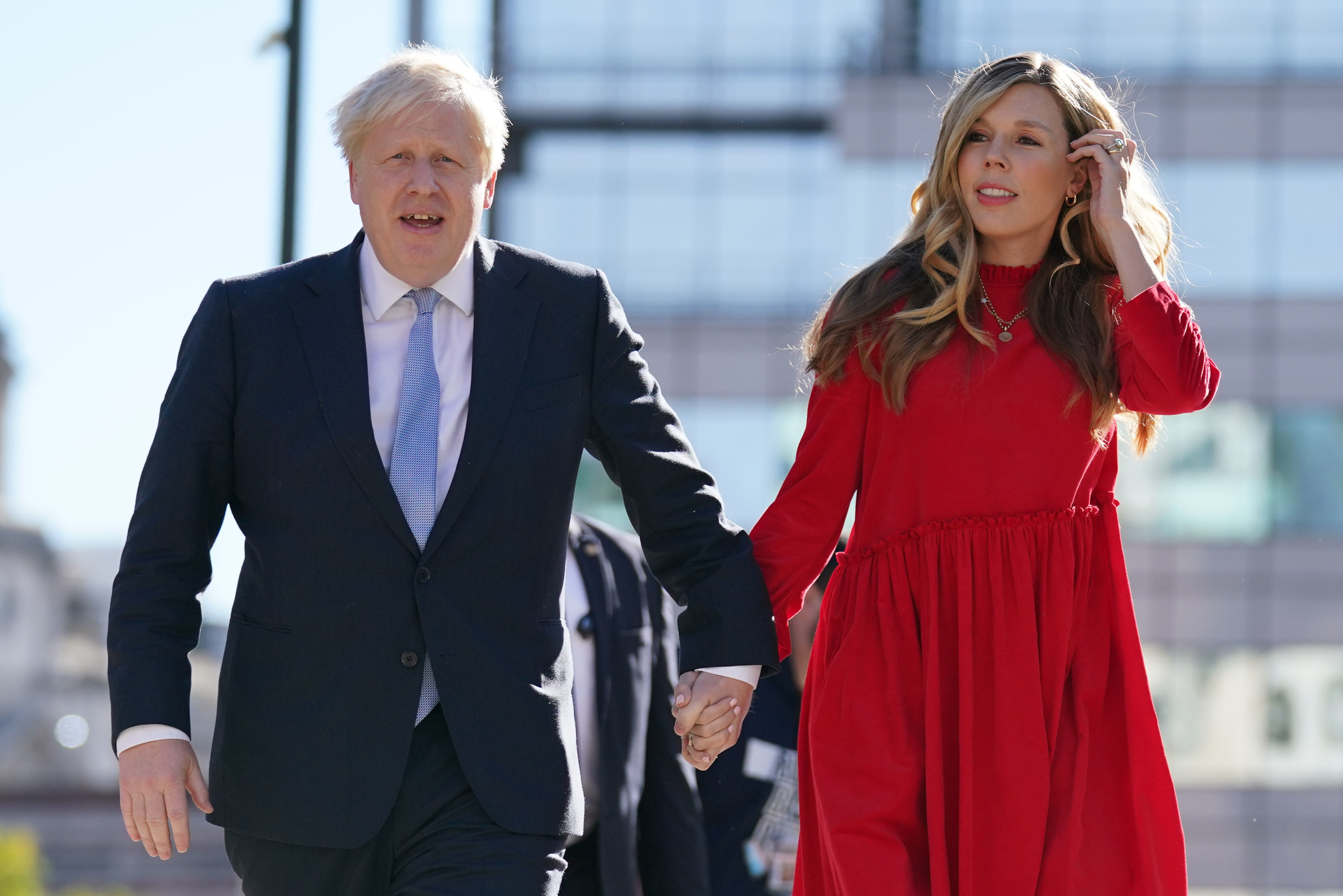 The key allegation involved the production by Carrie of a birthday cake for Boris — which she deniesCredit: PA

Quite right, too. It’s the job of the Opposition to bring down the Government if they can.

It’s the spectacle of self-righteous Tories baying for the head of the politician who landed them a stunningly unexpected 80-seat majority just over two years ago which looks so revolting.

It is the avenging rage of the Remainer Undead who see this as a golden opportunity to reverse Brexit.

They have a case to argue. The Prime Minister has repeatedly insisted no rules were broken — by him at least — during Downing Street’s inexcusably drunken mid-lockdown revelries. 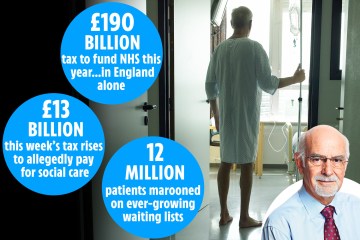 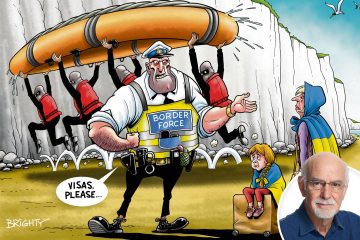 The Plod, rather outrageously in some eyes, have decided otherwise.

Now a £100 fine has been slapped on him by the Metropolitan Police, who have taken it upon themselves to sign the death warrant of a serving Prime Minister.

Major investigations into rape, murder, robbery and child-abuse allegations have been sidelined while the Met squanders precious time, scarce manpower and £1million-plus in taxpayers’ cash on little more than a fixed penalty notice offence.

This may technically be a fair cop. The PM now has a “criminal” record. He also stands accused of misleading the House of Commons.

In the eyes of many he has broken the cardinal rule of lying to Parliament, automatically detonating his right to remain as leader of HM Government.

A similar fate may await Chancellor Rishi Sunak, who has also been hit with a fine over Partygate — but as a teetotaller is scarcely a party animal with a fridge full of booze smuggled in by wheelie bag.

Yet even for the many who loathe and despise Boris Johnson and all his works, this should not qualify as a hanging offence.

This is not in any way to underplay the shocking self-indulgence of a government and its top civil servants contemptuously smashing the rules they imposed on the rest of the country at peak Covid.

Many families and individuals, no matter which way they voted in 2019, will never forgive the shenanigans staged at No 10 while they were forbidden to hold the hands of departing loved ones.

Some of those guzzling white wine and sausage rolls were the very people who drew up the draconian rules they — and many thousands of others, if we are honest — then ignored.

Lockdown was a terrible error for which we and our children will pay for many years to come.

But this is not an argument on behalf of those who defied the rules they set for the rest of the country.

It is an argument that sacking the two most senior members of this Government — the Prime minister and the Chancellor of the Exchequer — for a fixed penalty   notice offence is inappropriate, at any time.

There are far too many grey areas.

Downing Street is a workplace where dozens of people were working to deal with Covid. They were exactly the same people who, at the end of the day, gathered either indoors or in the garden for a drink.

Some literally took the p***, getting drunk and raucous and singing karaoke. There is no evidence Boris was present as these gatherings got out of hand.

It is also true the premises are Boris and Carrie’s home as well as his office.

The key allegation involved the production by Carrie of a birthday cake for Boris — who famously likes to “have his cake and eat it”. Carrie denies there was any cake at all. Hardly a sacking offence, either way.

Much has changed since Partygate first broke last November, after a series of unforced catastrophes including the loss of a rock-solid Tory seat abandoned by scandal-hit MP Owen Paterson.

At that point, few would have bet a fiver on Boris surviving.

Angry Conservative MPs were publicly demanding a confidence vote in his leadership.

That fury has cooled, but not completely.

BoJo was still on probation. Then Mad Vlad Putin invaded Ukraine and the world changed, taking us literally to the brink of a Third World War, this time with nukes.

Even his critics believe Boris is having a “good war”, winning applause from Ukrainians themselves for his moral and material support.

It is Boris — not American President “Sleepy Joe” Biden, France’s Emmanuel Macron or German Chancellor Olaf Scholz — who is hailed as a hero for supplying the weapons to smash Russian tanks.

These are real tests of leadership.

Tory MPs must choose whether to hail Boris or bury him. Whether to change horses mid-stream and risk annihilation at looming town hall elections, and defeat in a general election only a few years away.

Labour leader Sir Keir Starmer must also weigh up whether to go for the kill now or leave Boris to hang around like a bad smell, reminding voters each and every day of Tory “scum”. 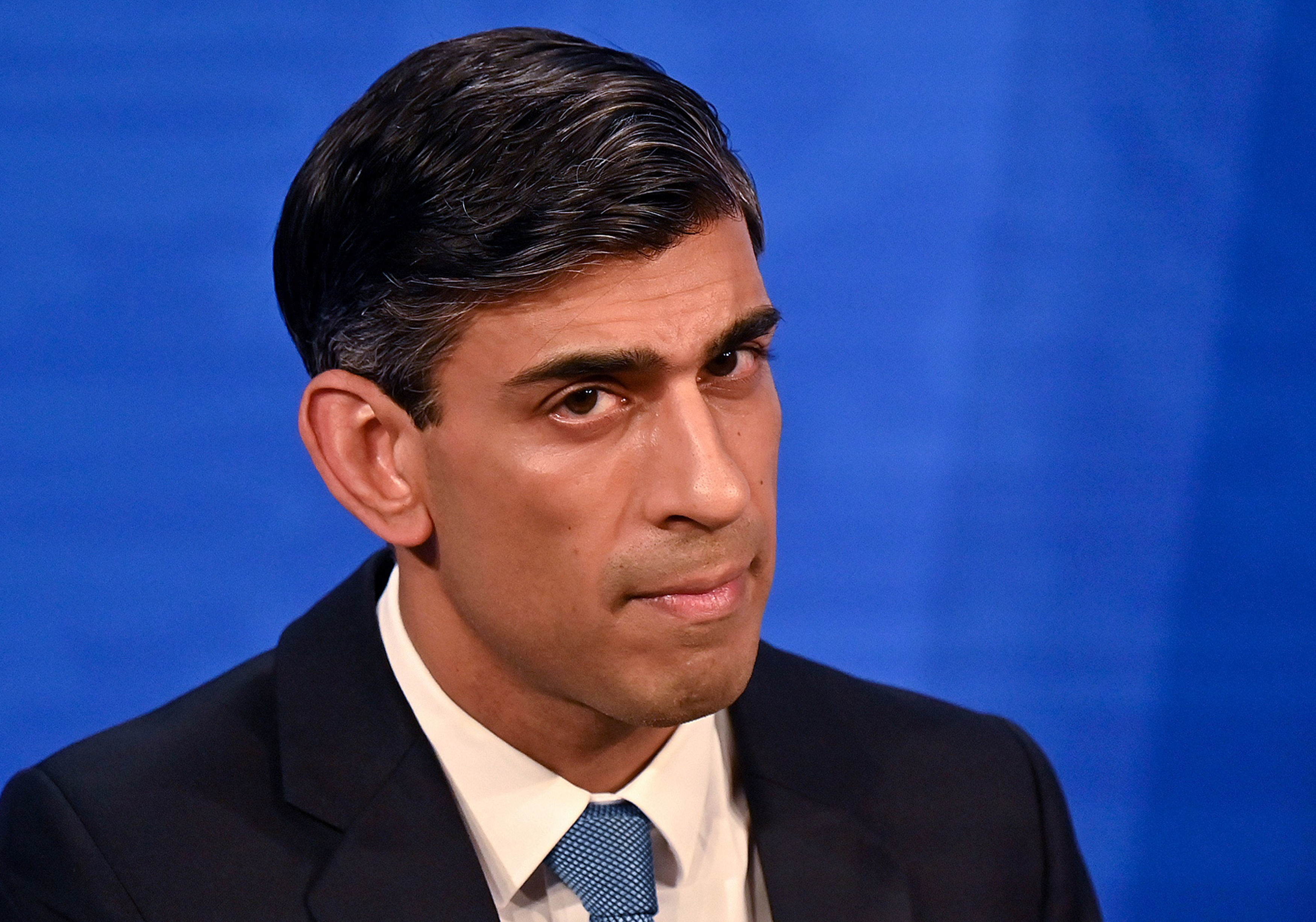 Chancellor Rishi Sunak has also been hit with a fine over Partygate — but as a teetotaller is scarcely a party animal with a fridge full of booze smuggled in by wheelie bagCredit: PA

THE UK’S daily Covid cases have fallen once again in a “promising sign this wave is fading”. The…
byBizLifetime
No comments

9 Best Blankets to Help You Sleep Better Than a Baby

Table of Contents Hide What does inflammation feel like?Inflammation can be detrimental if occurring too oftenYour food may…
byBizLifetime
No comments