‘I was shocked to realise I was dying and this is what slow death felt like’ (Picture: Jam Press)

When she was just 15 years old, Ivy Adelle began feeling weak and noticed her stomach starting to swell.

The teenager, from San Francisco, US, also started experiencing frequent nausea and had dark-coloured urine.

In addition to this, she started her period at the beginning of the school year – but noticed two months later she hadn’t had another.

Ivy, now 27, says: ‘I was fearful, I thought I had cancer or something was really wrong with me.

‘I was scared to go to the doctors because I knew they were expensive and I didn’t want to burden my parents with any problems in case I was fine and just overreacting.

‘I had severe focusing problems and I couldn’t pay attention in school, but assumed it was due to my lack of care or that I wasn’t trying hard enough.

‘I heard that sometimes girls stopped getting their periods because of amenorrhea and as I was a little bit underweight, I assumed that was why.

‘I felt like I had sandbags all over my body, as well as severe headaches and bouts of mood swings, loss of appetite and some minor pains.’ 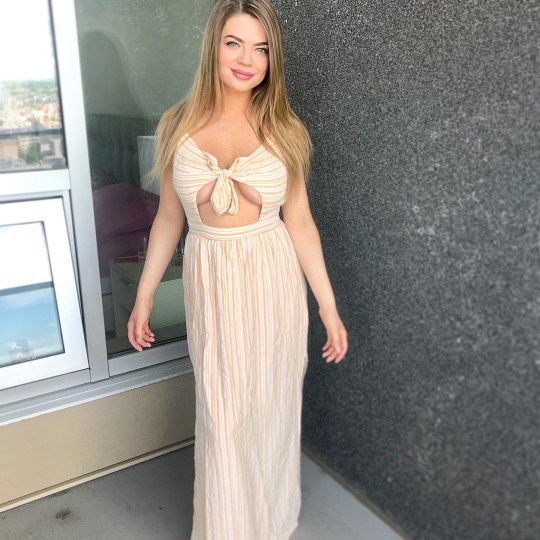 But in June 2010, Ivy couldn’t hide her pain much more, and fainted in front of her parents – who then took her to hospital.

At first, doctors said the teen was suffering from an eating disorder – but medics soon discovered that she actually had organ failure and was at risk of dying.

‘I was shocked to realise I was dying and this is what slow death felt like,’ explains Ivy.

‘I was very much out of it due to the low amounts of blood in my body and it was pretty terrifying.

‘I was told to call my closest friends and family, but I felt very upset and angry as well as numb because I was in and out of pain.

‘I felt like I was being punished by life and I wanted to enjoy my friends and family – I was so young.’ 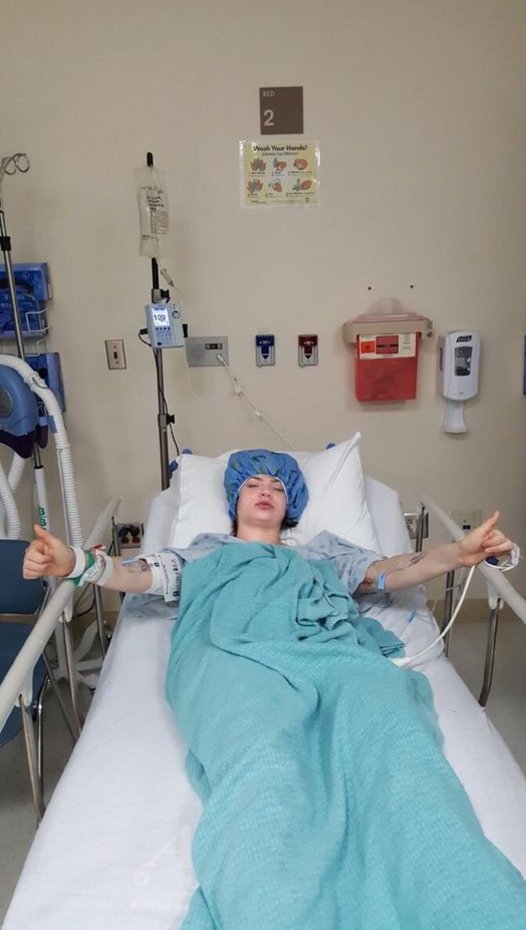 Auto-immune haemolytic disease is a rare red blood cell disorder that produces antibodies to destroy these cells and is coupled with cold agglutinins – the onset – as well as antiphospholipid syndrome, which causes the antibodies by mistake.

But at the time, doctors didn’t realise it was down to systemic lupus – because testing for this can take a number of years.

Ivy explains her blood disease stayed in remission, but she did get unwell again at 23 years old – and it’s taken her many years to recover from that incident.

In 2018, she was eventually diagnosed with lupus – a disease where the immune system attacks healthy tissues and organs.

And doctors believed the blood disease to be a result of Ivy’s undiagnosed lupus, coupled with severe amounts of stress.

She adds: ‘My lupus flared up severely and I was treated with the wrong drug by a medical professional who refused to accept that I had lupus, which caused me to go into anaphylaxis.

‘I couldn’t breathe and had to go to hospital, but then I got my official diagnosis and was put on an intense treatment programme.’ 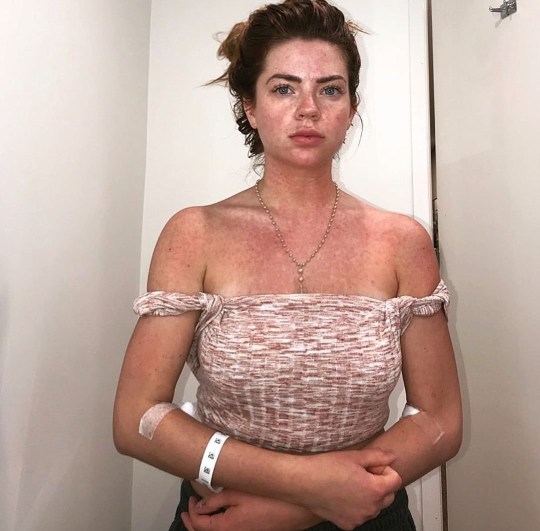 Ivy was told she needed a blood transfusion immediately and was flown to a hospital in Sacramento to see experienced professionals who could deal with the extent of the disease.

She adds: ‘It was a race against time to find a blood match and typically, the blood is heated up [before the transfusion] but as they had to get going, I remember the blood being cold in my veins.

‘My best friend at the time brought my sisters down with her and her mum to visit me, which was an act of kindness I’ll never forget.

‘I had many tests done and was pricked every single day, which was exhausting and I was given many drugs to help with the severity of the pain – but sometimes this didn’t even touch it.’

Ivy explains that she was in a huge amount of mental and physical pain – and couldn’t even laugh or smile. 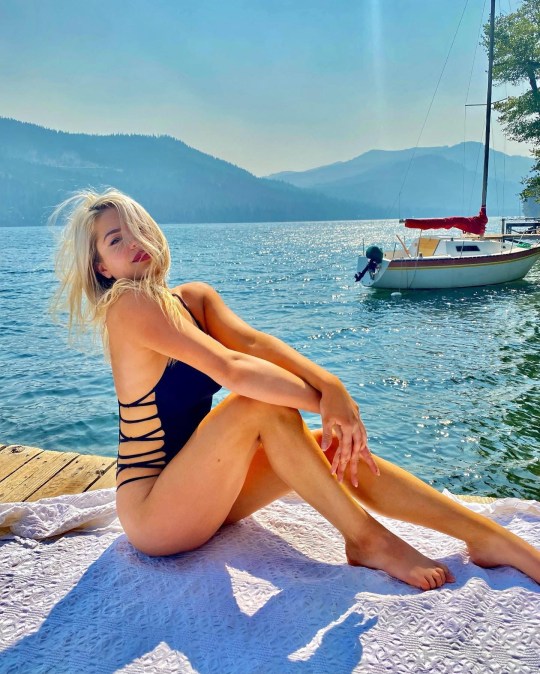 ‘I still have lupus flare ups from time to time, but I am deeply in tune with my body’ (Picture: Jam Press)

Now, the 27-year-old still suffers with chronic pain and has since developed fibromyalgia – a long-term condition which causes pain all over the body.

This also causes sensory issues for her skin, so she has to be careful about the clothes she wears and monitor what she eats because of food allergies.

She adds: ‘I learned I had [food allergies] by keeping a food journal and the reactions where I am now conscious of not eating foods high in gluten as they cause a lot of pain.

‘I focus greatly on my health and eating, because I am passionate about dietetics and food science, which I thought would be my answer and cure for this – but it wasn’t.

‘I still have lupus flare ups from time to time, but I am deeply in tune with my body and realise that it’s either the food I’m consuming or external factors.

‘My goal is to figure out all the factors that trigger this and share my journey with others.

‘I’ve been through so much with mine and I want people to know there is another side to life where they can see themselves in the place they want to be.’

Women run a marathon every day for 106 consecutive days

The pair had ice baths every night (Pictures: Emma Petrie/SWNS) For most people, running one marathon in a…
byBizLifetime
No comments

My leukemia was picked up during a random blood test

Last October, I decided to get my mum a health and wellbeing MOT. She’s 85 and I wanted…
byBizLifetime
No comments

Susan Cain explains how embracing sadness can make us happier

Susan Cain changed my life ten years ago with the publication of her book Quiet: The Power of…
byBizLifetime
No comments