My husband wants to give our daughter a weird middle name

A MUM has asked other parents for advice after revealing her husband wants an unusual middle name for their daughter.

Taking to Mumsnet she insisted she “doesn’t hate” the name but is worried the little girl will be judged by her teachers when she goes to school.

A mum took to Mumsnet to ask for advice about her husband’s choice for their daughter’s middle name (stock pic)Credit: Getty

“My husband wants to give our daughter the middle name Tuesday (won’t go into the reasons why),” she began.

“I actually don’t hate it but don’t love it either but I know it would make him very happy and his parents.

The mum added that their daughter’s full name would be Jessica Tuesday Jenkins. 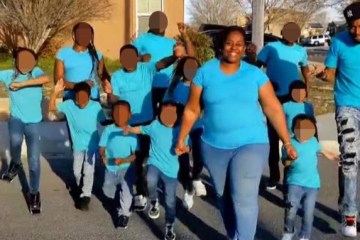 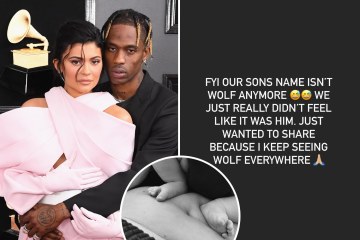 People in the comments section were largely in favour of using the name for the tot, with one writing: “I LOVE it. I always said if I had a girl I’d love to call her Tuesday – as a first name.

“Husband was not keen, but it never needed discussion as I’ve got 3 boys.

“Very few people use their middle names. I know several of my friends have them but I can only remember one.”

And someone else weighed in, writing: “My daughter has an unusual middle name. Grandparents gave us a hard time over it, fretting they would be teased.

“She loves it and no one has ever teased her. More that it’s quirky and a source of interest. Go for it. Tuesday is a lovely name.”

Another person asked the mum if the name was due to their daughter being born on a Tuesday, to which she replied that it was not.

“A bit weird if the child isn’t born on a Tuesday,” someone commented.

While another added: “I think you’d need to have a connection to Tuesday for it to work e.g. they were born on a Tuesday.

“Really hoping it’s not because they were conceived on a Tuesday. No child wants to know that.”

Others just weren’t a fan of the name at all, with one commenting: “Not my cup of tea.

“I don’t really understand why you would want to name a child after a day of the week!”

We’re parenting experts – what to say to kids instead of ‘no’, ‘don’t’, and ‘stop’ to help them understand discipline

Table of Contents Hide Is it ever ok to say these words? Other discipline methods to try AS…
byBizLifetime
No comments

My daughter, 9, was taught a new word in sex education – now it’s all she says, I can’t cope