A MUM was left fuming after her toddler was left outside unattended while her mother went inside to have a coffee.

The woman, from Birmingham, took to Mumsnet’s Am I Being Unreasonable? forum to explain the situation and ask for advice after getting into a “massive fight” with her mum about it all.

A mum was left furious after her toddler was left unattended outside as he slept by her mother, who was inside having a coffeeCredit: Getty

“I have a 20-month-old toddler and an 8-week-old baby,” she explained.

“My mother is staying with me at the moment to help me out after the birth, which I’m massively thankful for.

“My mother has been taking my toddler son out for a walk and came back to ‘charge her phone and drink a coffee’.

“She wanted to leave again afterwards, taking him for another walk, so she left him outside in the pushchair sleeping.” 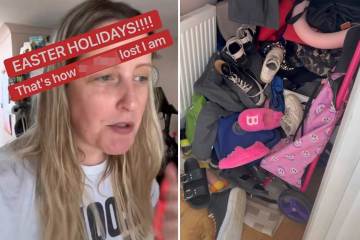 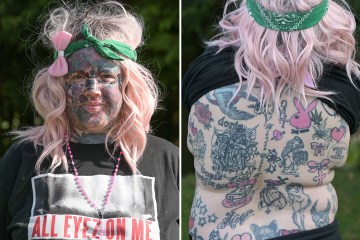 The woman continued to explain that as she’s been ill herself recently, she wasn’t able to go outside to get her older child, but had asked her mum not to leave him unattended outside the house.

However, her mum had told her she was being “paranoid” after watching “too many crime shows”.

“This resulted in us having a massive fight and I told my mother if she takes my toddler out, she has responsibility for him,” she continued.

“In the end, she sat by the open door on a chair and had her coffee there.

“I am just wondering, is she right? Am I paranoid?

“My toddler was strapped in, but I’m worried that an opportunist was going to snatch him.”

Many people responding to the post insisted the woman wasn’t being paranoid in her request not to leave him outside unattended.

“I don’t think you’re being OTT she shouldn’t be leaving him outside where she can’t see him,” one person wrote.

While another added: “There’s not a chance in hell I would leave a toddler unsupervised outside the front of the house.

And someone else weighed in: “This is a generational thing- in 1970 people happily left their babies in prams outside shops etc, just as these days you might leave a dog outside.

“Times change, however, and these days it’s not generally seen as safe.

“Whether that’s because it’s genuinely more dangerous now or because we have a different attitude to risk, who knows?

Others weren’t so angered, with one woman writing: “I’d leave the baby in the garden to nip inside and get something, but not for long.

“I think drinking tea in the hall is fine though.”

My friend said I was brave for giving my kids ‘naughty boy names’, she laughed but I’m so hurt

A MUM, who thought she gave her son’s sweet names, says she’s been told they have ‘naughty boy…
byBizLifetime
No comments

A MUM-to-be says she feels like the most “un-pregnant person ever,” after sharing pics online of her toned…
byBizLifetime
No comments

My wife picked cute names for our twin daughters