Dust off your floral headbands and dig out those denim cut-offs.

This weekend Coachella comes back, baby, after an enforced hiatus that affected festivals and parties around the world.

I’m in Indio, California, where Coachella takes place (confusingly, there’s a nearby town of the same name), a few weeks before it’s all due to kick off and the atmosphere is already electric. 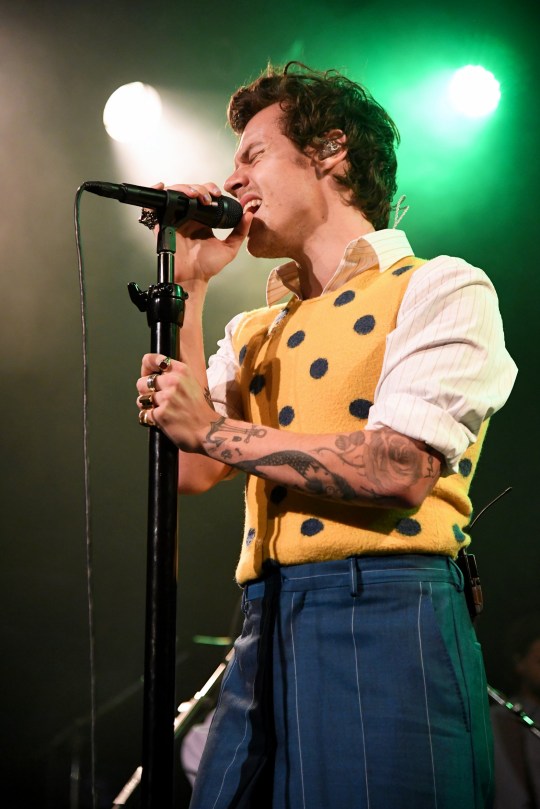 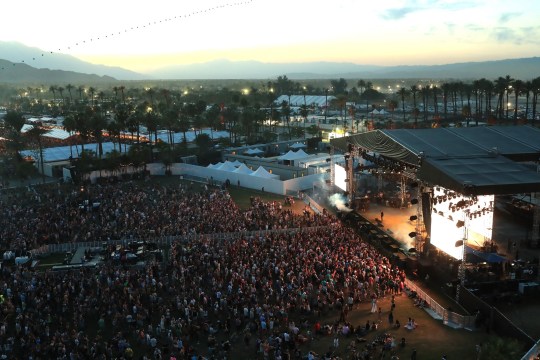 Despite its humble beginnings, Coachella is now one of the best-known festivals in the world (Picture: Neilson Barnard/Getty Images for Coachella)

There will be food, there will be art installations, there will almost certainly be industrial amounts of glitter. And if you haven’t got tickets, you can livestream most of it on YouTube.

Journalist Bruce Fessier, the former entertainment editor of local paper the Desert Sun and an unofficial expert on the music scene in the Coachella Valley, explains how it evolved.

‘It started with Paul Tollett and Rick Van Santen, who worked for Goldenvoice, an LA-based music promotion company,’ he begins.

In 1993 they came to the Coachella Valley to put on a concert for rock band Pearl Jam, and staged it at the Empire Polo Club. It was a success – 35,000 people turned up. 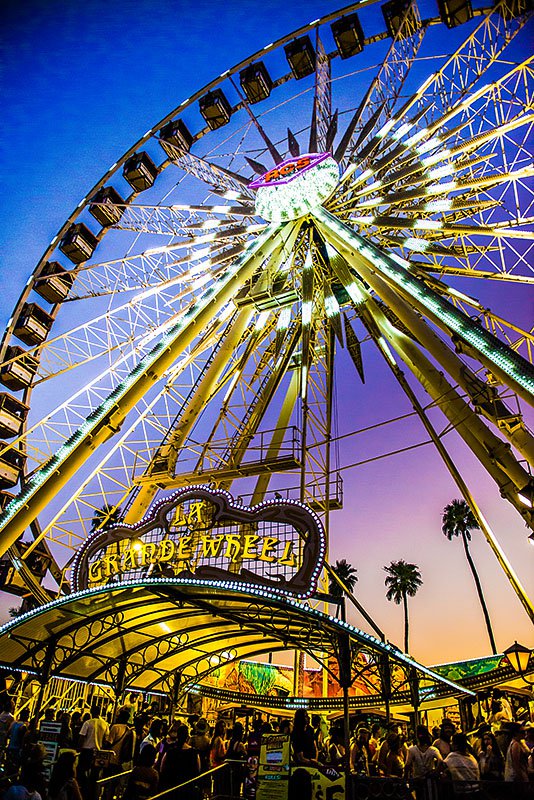 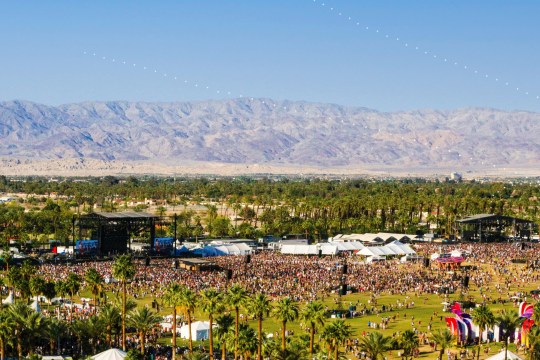 It’s held every year in the stunning Coachella Valley

‘That’s when they realised they could do something bigger, with more artists,’ continues Fessier. ‘So they took a research trip to Glastonbury in 1997 to see how they did it.’

Not many people were as optimistic as they were. The first Coachella went ahead in 1999 and didn’t sell many tickets, leading to a loss of $1 million – Tollett had to sell his house.

While it flopped commercially, it was critically acclaimed, featuring such acts as Rage Against The Machine and Beck.

Tollett and Van Santen focused on underground, electronic and hip hop, and they finally broke even in 2004.

‘That was the year Radiohead played, the Pixies reunited and Wayne Coyne of the Flaming Lips went crowd-surfing in a huge inflatable plastic ball,’ reminisces Fessier. ‘They even won an award [from industry watchdog Pollstar] for best outdoor music festival.’ 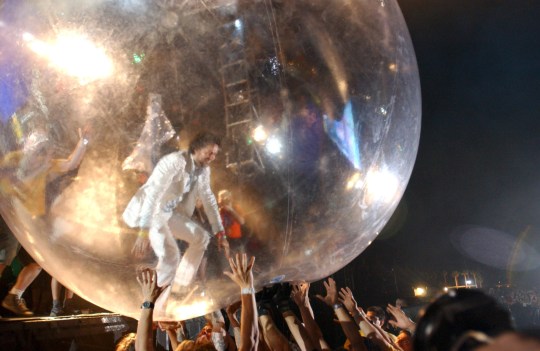 The Flaming Lips rocked the stage at the 2004 festival (Picture: MB Pictures/REX/Shutterstock) 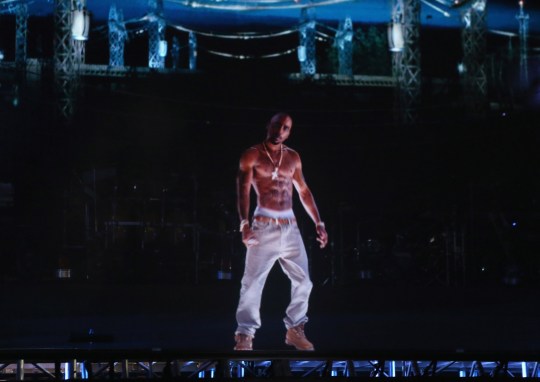 Tupca’s hologram is one of the festival’s most memorable moments (Picture: Christopher Polk/Getty Images for Coachella)

The bands, and the crowds, came thick and fast. Highlights included electronic duo Daft Punk’s LED pyramid in 2006, a hologram performance by Tupac Shakur in 2012 and Beyoncé bringing so much equipment in 2018 that it was renamed Beychella.

Afterwards, I stroll around downtown, made colourful with murals by artists thanks to an initiative by the Public Arts and Historic Preservation Commission. Some celebrate the town’s past growing cotton and dates, others are contemporary. 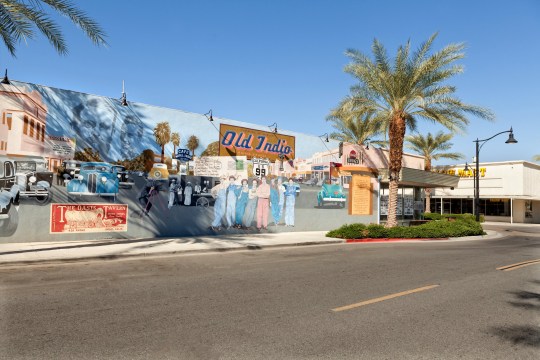 Finally, I head to the Empire Polo Club grounds, where thousands of music fans will soon churn up the turf – it’s normally trod on by hooves.

A match is going on as I arrive, with spectators watching from the sides with picnics, Pretty Woman-style.

Standing out like a colourful sore thumb at one end of the field is a curious, rainbow-coloured tower, the Spectra, left over from the last festival in 2019.

There’s one more fashion item that will probably be needed, however.

‘There’s always a lot of dust and mud flying around,’ says Fessier. ‘I call it the Coachella crud!’

So don’t throw away those face masks just yet…

Family of six saves £100k by house swapping around the world

The adventurous family have been travelling for eight years (Picture: PA Real Life) Fed-up with long-working hours and…
byBizLifetime
No comments

As I emerged from the dense, dark and damp jungle and into the heat of the Savannah, I…
byBizLifetime
No comments