Giulia has raised an incredible amount for charity over the last 30 years (Picture: PA Real Life)

An octogenarian fundraiser dubbed the ‘female Captain Tom’ has raised nearly £3m for children’s charities through an annual Mini race from Italy to the UK.

The event is called the Italian Job after the Michael Caine movie, and sees travel agent Giulia St George, 87, and her son Freddie St George, 52, race Minis more than 3,000 miles across Europe.

The pair started the epic rally in 1990, thinking it would be a one-off, but more than 30 years later, the dynamic duo are still racing, and still raising vital funds.

‘I want to keep doing this forever,’ says Giulia, who is originally from Rome, Italy, but now lives in Brighton.

‘I’m thankful to the Italian Job as it changed my life. This event has given me life and given me the opportunity to meet incredibly generous people. 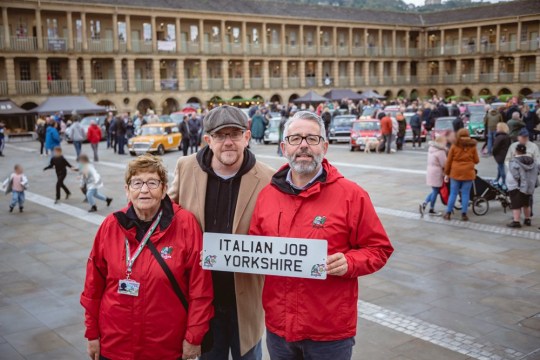 ‘So, why should my age matter? Look at Captain Tom and what he achieved. Some people compare me to him, but for me it’s all about the participants.

‘My philosophy is always that if you have more to give, you have to. And I feel great. I couldn’t sit down and do nothing.

‘But I don’t feel like I’ve done anything extraordinary. The charity motivates me but it’s not me who raised the money.’

Apart from an hour devoted to watching ITV drama Heartbeat each day, Giulia is laser-focused on her fundraising endeavours and even works out regularly to keep her mind and body in shape.

‘I have a personal trainer and train three days a week,’ she says.

‘I think I have lived better in this part of my life, as I’ve been more satisfied with how I am living. I don’t know how I can age without doing something constructive. 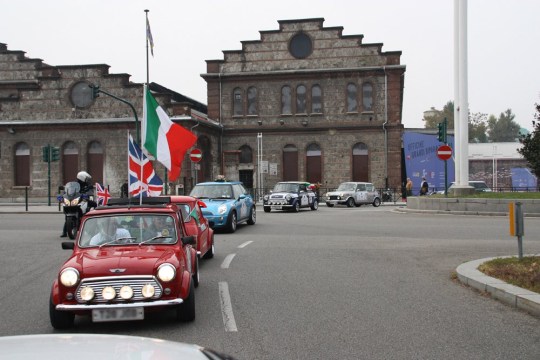 ‘Life needs to be lived in a fun way and doing good things helps you to live well. Even in my eighties, I feel great, as I live better.’

The idea for the Italian Job, named after the hit 1969 crime blockbuster of the same name starring Sir Michael Caine, came to Giulia’s son Freddie after a couple of glasses of wine at a pizzeria in Brighton when he was just 20.

Giulia, who has worked in tourism her entire adult life, says Freddie looked to her for advice on how to organise an event which would allow him to see Italy in a quirky and fun way.

The first rally took place on November 8, 1990 with 56 teams – which included the oldest Mini, a 1960 Mini van that travelled from Trento, Italy, to Brighton over 48 hours.

The race raised £58,000 for Children in Need and Childline and Giulia says the event was a rousing success. 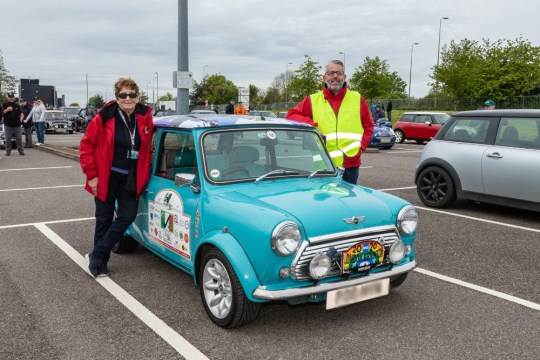 ‘In some ways I was transported into creating the Italian Job out of love for my son,’ she says.

‘At the time it was completely nuts, it was something totally unheard of in 1990. It was a real adventure, there weren’t the same ways to travel as there are now.

‘The beauty of what we did is that we built incredible friendships in the name of a good cause – helping children.’

Giulia says she thought it would be a one-off event, but when they arrived in Brighton they were all so overwhelmed by emotion that they decided they would try it again the following year.

‘We actually all cried at the end, it was so emotional,’ she says. ‘Someone tried to say something at the end to thank us and we all just broke down.’

Since the first event in 1990, Giulia and her band of Mini enthusiasts, who call her the Job Mother and themselves the Jobbers, have travelled to more than 200 towns and cities across Europe.

In Italy alone they have visited more than 50 – including Florence, Rome, Turin and Bologna. 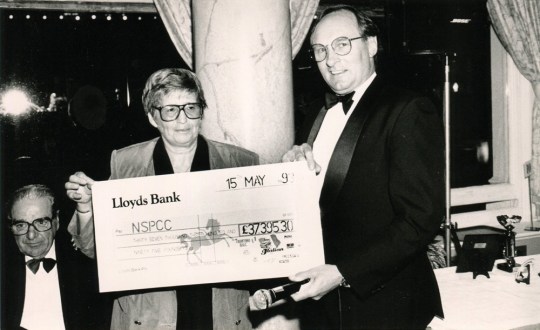 Looking back at the success of the event, Giulia adds: ‘Back then I would never have imagined we’d be where we are today.

‘My relationship with my son has grown so much in these last 30 years. This is an incredible passion we have shared. It requires much love and affection and we have made memories for life.’

One of her high points was meeting Michael Caine in 1997, when she was invited to the Queen’s birthday celebration at Kensington Gardens in central London.

‘The Queen was fantastic,’ she says. ‘We spoke for three minutes and she was fixated on what I had to say. She was completely focused.

‘She asked me about the Minis and gave me all her attention. It was incredible. And she was very affable.’ 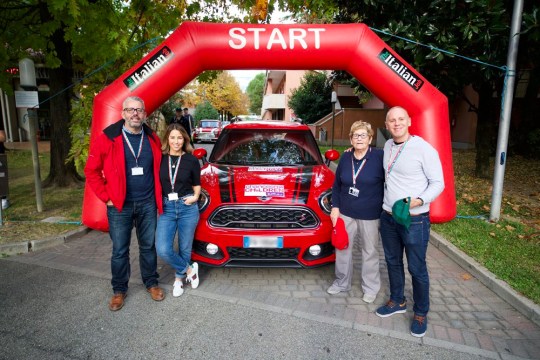 Last year, Giulia was awarded an MBE for her fundraising efforts – although, at first, she told Freddie she thought it might be a joke.

Freddie, who has worked alongside her for the past 32 years, says he was filled with immense pride when he found out.

Living in Brighton with his wife Kiri, 50, a full-time mum to their two children Isabella, 18, and Emmy, 17, he says: ‘Mum is fiercely independent and doesn’t need anyone. She has been a single woman for as long as I can remember.

‘When I found out she was nominated for an MBE I was filled with so much pride. She’s amazing. I don’t know if she realises how significant it is.

‘She phoned me and asked me if it was a joke, and I looked at it and I was over the moon. It was absolutely deserved.’ 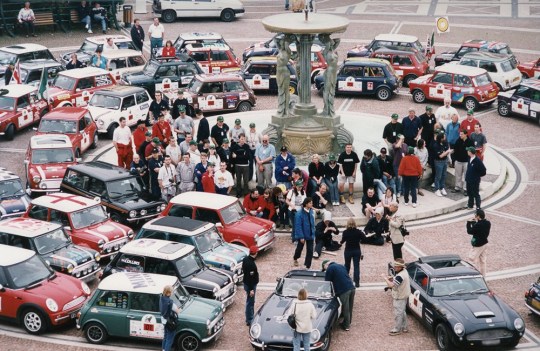 Freddie said he is inspired by his mum’s incredible spirit every day, and hopes to one day share the same experience with his two daughters.

‘We started 32 years ago,’ he says. ‘She was in her late 50s when we started. But it’s the thing that makes her wake up in the morning.

‘Working together has been the most amazing experience and it’s something I’d love to do with my own daughters.’

This year, the Italian Job event will be held at Imola, Italy, on October 11, and will be supporting Buttle UK, who help children and young people in social need, including an estimated 400,000 children living in the UK who do not have their own bed.

Freddie adds: ‘These causes are incredibly important to us, and we will continue to support them.’

These are the coolest travel destinations to travel to this summer

Madeira might have a sleepy reputation, but the reality is far more exciting (Picture: Epic Madeira/ Getty/ Sophie…
byBizLifetime
No comments