Where is the Amazon rainforest?

The Amazon rainforest is the world’s biggest (Picture: Getty Images)

The Amazon is the world’s largest rainforest. And it really is huge: 6.7 million sq km big, according to the World Wildlife Fund.

It’s also known for its astonishing biodiversity, which needs protection: around 1,300 bird species, insect species in the millions, plus hundreds more amphibians and reptiles.

More than 430 mammal species live there, too – including the jaguar, giant otter, South American tapir, Amazon River dolphin and the white-bellied spider monkey.

Most will know about a bit about the Amazon – perhaps learning about it in school – but where exactly is it located?

Here’s where you’d find it.

Where is the Amazon rainforest located? 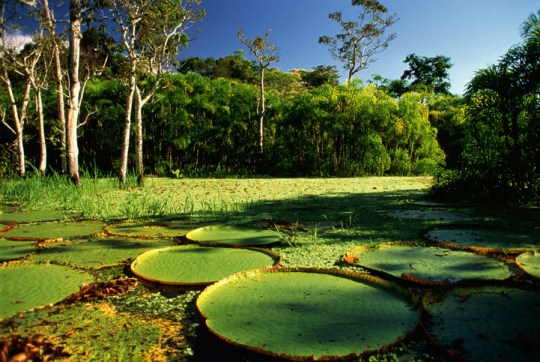 The Amazon is home to incredibly diverse environments and wildlife (Picture: Getty)

In fact, it takes up a lot of South America. Around 40% of the continent is purely rainforest, so the oft-cited statistics say.

That’s a lot of trees. But the Amazon is made up of complex ecosystems. It regulates the local climate, produces oxygen (tons of carbon is released when the rainforest is cut down), and is home to countless plant species, animals and people.

The Amazon Basin refers to, naturally, the basin of the Amazon River. So, the area which is drained by the river. Most of this area is covered by the tropical Amazon rainforest.

The Amazon Biome includes much of Basin, but stretches beyond to include ecologically-significant areas that are slightly different, but connected, to the tropical rainforest – including areas of palm forest, bamboo, savanna, and blackwater forest. 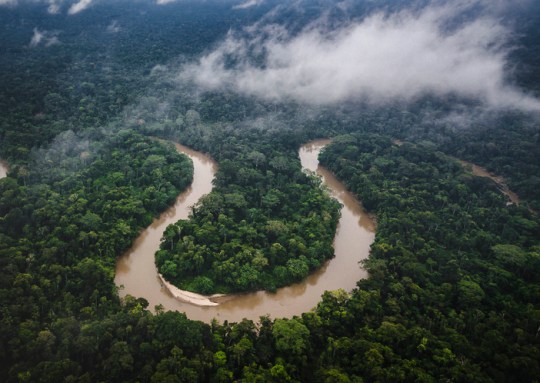 A significant part of South America is all rainforest (Picture: Mark Fox Photography/Getty)

Whichever way you spin it, the Amazon rainforest spans eight countries – plus another territory.

Which countries does the Amazon rainforest span?

Most of the Amazon rainforest is in Brazil – two thirds of it, thereabouts.

Almost 47% – nearly half – of Brazil is covered in forest, too, according to the Rainforest Foundation.

Sometimes, it’s written that the Amazon reaches into nine countries. That’s because the Amazon is also in French Guiana, which is technically classed as a ‘department’ of France.

The overseas territory is on the north-east coast of South America, by the Atlantic Ocean, is bordered by Suriname and Brazil.

It’s also part of The Guianas or ‘Three Guianas’ – a region also comprising smaller South American countries Guyan and Suriname. All three are known for their rainforest and wildlife.

Marie and Alan planned to travel the world (Picture: Jam Press) An unexpected consequence of the cost of…
byBizLifetime
No comments

Meet the Czech women shaking up the beer industry

Check out these beautiful spots (Picture: Getty) A beach holiday is the ultimate mode of relaxation: sand under…
byBizLifetime
No comments

Vineyard tours and yoga on the beach? Escape the everyday in Brighton!

Brighton is the perfect hub to explore Sussex (Picture: Getty Images) Is it fair to say you need…
byBizLifetime
No comments