An Alabama Department of Health worker was reportedly mauled to death by a pack of dogs while following up another alleged attack by the same animals.

A number of dogs had targeted an unnamed woman while she was out walking on Thursday afternoon.

She was left in hospital in a ‘pretty serious condition’, Shannon Oliver, the sheriff of Franklin County, said.

The ‘exceptional’ woman’s body was found by officers after they received reports of a suspicious vehicle in the area.

The sheriff’s office said in a statement: ‘It is believed that Beard was attacked as she was attempting to contact the dog’s owner when she was killed by the dogs.’

There were seven dogs in total, Sheriff Oliver said.

The local health worker was responding to a separate dog attack that had happened in the area just a day before (Picture: WAFF) 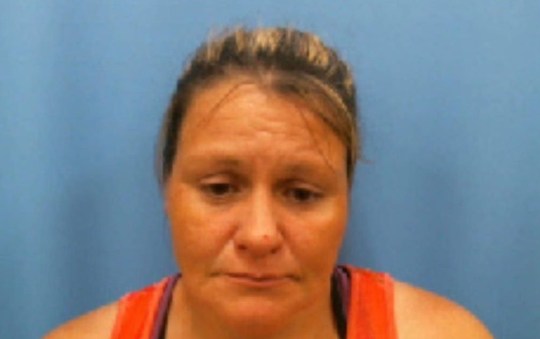 Deputies said some of the same animals began attacking locals when they were on the scene, with one person suffering minor injuries.

Dowdy is being held without bail, while a number of the dogs involved were euthanised ‘immediately’ after the attack.

Ms Beard, from Muscle Shoals, had worked for the ADPH for 17 years in the Franklin, Marion and Winston counties.

Bosses in her department have offered their deepest sympathies to her family, friends, and colleagues.

Ryan Easterling, the director of the ADPH’s Health Media and Communications Division, said in a statement: ‘Summer was known to her co-workers as an exceptional person.

‘She was a tremendous team worker and was loved by those who knew her.

‘It is a very sad day for ADPH, and we ask that everyone respect the privacy of the family during this most difficult time.’

He added that the safety of ADPH team members is ‘paramount in day-to-day public health activities’ and employees can request assistance from police on visits if needed.

The Derby is a firm favourite for the horse-loving monarch (Picture: PA/Getty) The Queen looks set to miss…
byBizLifetime
No comments

Charles’ staff ‘furious’ after being ‘axed during Queen church service’

KING Charles’ staff were allegedly “left furious” after 100 were axed during a church service for The Queen.…
byBizLifetime
No comments

What time are the minute’s silence for the Queen on Sunday and Monday?

6.30am: Lying-in-state at Westminster Hall will end. 8am: The doors to Westminster Abbey, where the funeral will be…
byBizLifetime
No comments