Angel Lynn has been able to smile and hug her mum 18-months after she was left paralysed by her abusive boyfriend (Picture: Mirrorpix / SWNS)

Angel Lynn who suffered catastrophic injuries when her ex-boyfriend attempted to kidnap her has finally been able to hug her mum – 18-months after the devastating incident.

The then 19-year-old was grabbed off the street and thrown into a van by Chay Bowskill, who was 20, after an argument, as she walked in Rothley, near her Loughborough home on September 17 2020.

Angel suffered catastrophic brain injuries which left her paralysed when she fell out of the vehicle as it travelled at 60mph on the A6.

She was found by members of the public and airlifted to hospital where she underwent emergency surgery for a bleed on the brain.

The incident left her unable to eat, walk or talk and she has been receiving around the clock care ever since.

Now, her mum has revealed Angel is showing signs of recovery has been able to hug her for the first time, can smile and is making noises.

Speaking to the Mirror, 47-year-old Nikki described the moment Angel put her hand around her back and gently pressed.

‘She just put her hand straight around my back and started tapping me,’ Nikki said. 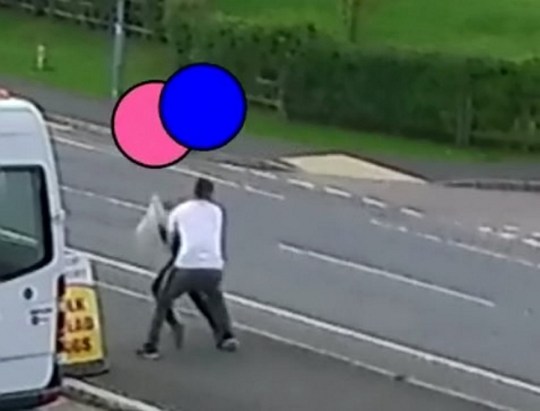 Angel was grabbed off the street and thrown into a van by Chay Bowskill (Picture: Leicestershire Police / SWNS) 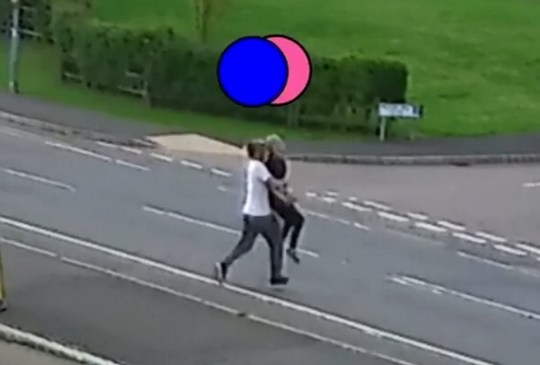 The horrifying incident took place at around 10.45am on Thursday, September 17 2020 (Picture: Leicestershire Police / SWNS)

She said she had thought her daughter would never be able to hug her again.

‘She didn’t hug much before, she was a typical teenager, but she would give you a hug if you were upset. It’s very special to have that hug now,’ she added.

Bowskill, from Syston, Leicestershire, was initially handed a seven-and-a-half year sentence after being convicted of kidnap, coercive and controlling behaviour and perverting the course of justice following a trial.

He was found not guilty of causing grievous bodily harm.

Bowskill’s accomplice, Rocco Sansome, from Birstall, Leicestershire, who was also 20 at the time and drove the van, was found guilty of kidnap and sentenced to 21 months in prison. 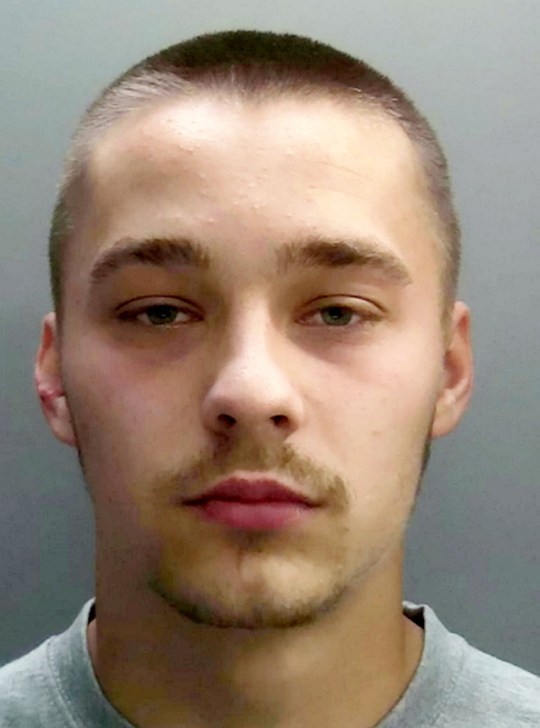 Bowskill had his term was increased to 12 years in March after the case was referred to the Court of Appeal under the Unduly Lenient Sentences scheme (Picture: Leicestershire Police / SWNS)

But Bowskill’s term was increased to 12 years in March after the case was referred to the Court of Appeal under the Unduly Lenient Sentences scheme.

Giving a summary of the judges’ decision, Dame Victoria Sharp said the original term ‘failed to reflect the seriousness of the kidnap’ and the harm caused to Angel.

Angel’s family gasped as the judge told the court of the increased sentence, while Bowskill, who appeared via a video-link from prison shook his head.

Now, Nikki has revealed that while the family were going through process of trying to get Bowskill’s sentence increased, Angel was making incredible improvements.

The family say not only has she hugged her mum but also smiled, attempted to blow a kiss, wave and hold a TV remote. 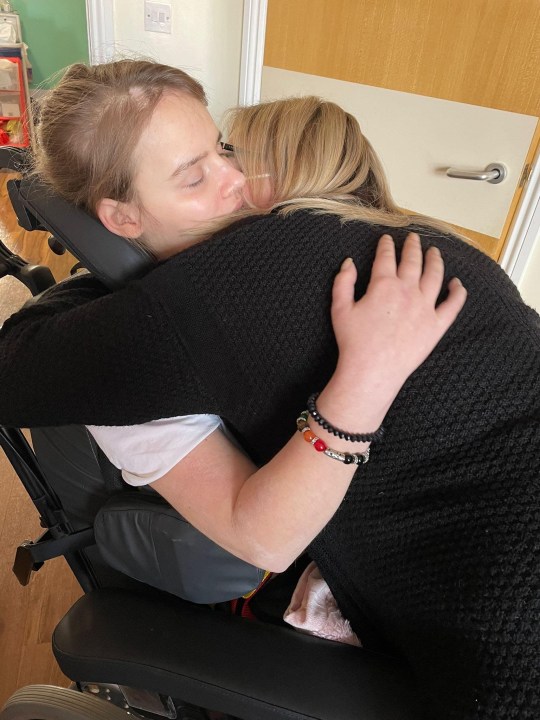 Angel Lynn has been able to hug her mum (Picture: Mirrorpix)

She is also understood to have written words in response to questions using her right hand.

‘She used to look straight through you, there was nothing in her eyes at all. She can now smile spontaneously,’ Nikki told the Mirror.

‘When she started making the sounds we gave her a pen and paper and said “Are you ok? Are you in pain?” And she wrote “No”.

‘Her brother asked her the other day what she wanted and she wrote “Chocolate”.

‘She can give you a thumbs up for yes. She can now press her nurse’s button to wind them up, she gets that humour. She had a cheeky sense of humour.

‘Bit by bit I feel we are starting to get her back.

‘She is locked in, but every time I see her I tell her “Don’t give up, keep trying, keep telling yourself you can do it”,’ Nikki added.

In the wake of the attack on Angel, her family have set up a Go Fund Me page to help pay for her rehabilitation, to date the page has raised more than £140,000.

Queen’s coffin leaves for Westminster Abbey ahead of state funeral

There will be numerous ways for people to commemorate the Queen before the funeral (Pictures: PA/Getty Images) The…
byBizLifetime
No comments

LOCALS are furious after a neighbour’s massive bush has sparked a driving hazard. Snaps show the untamed greenery…
byBizLifetime
No comments