The next full moon of the lunar calendar will take place this weekend and the viewing conditions should be great.

According to weather forecasts, Saturday and Sunday nights may have a few cloudy spells, but there’s almost no chance of rain and a light breeze should help move the clouds on.

Which is good, because April’s full moon – the fourth of the year – is set to fill the night sky on Saturday, April 16.

Earth’s only natural satellite will be fully lit up and able to view from anywhere in the UK.

Just head outside and look up.

Why is it called the Pink Moon?

The moniker appears to have sprung from old Native American tribes, which had names for the moons based on what was going on around them at the time.

For example, the Pink Moon gets its name from the pink wildflowers which bloom in the US each year in early spring. Known as phlox subulata, the flower is commonly called creeping phlox or moss phlox and can also be known as ‘pink moss.’ 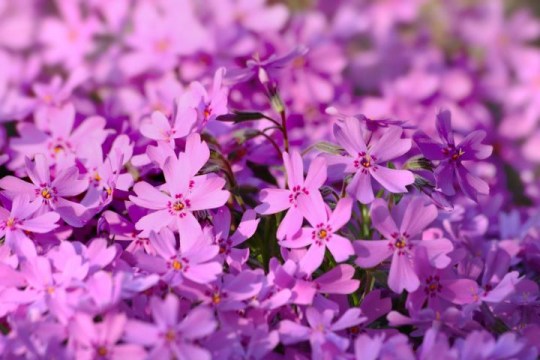 April’s moon can also be referred to as the Egg Moon, because spring is egg-laying season.

How often does a full moon occur?

A full moon occurs every 29.5 days and happens when the moon is completely illuminated by the sun’s rays.

It occurs when the Earth is directly aligned between the sun and the moon.

Amazingly, we already know when 2022’s full moons will take place, and exactly when to look for them.

The next full moon after the April one will be called the Flower Moon, coinciding with a total lunar eclipse. It’ll take place on May 16 at 5.14am.

Mid-June sees the arrival of the Strawberry Moon, while the Buck Moon will be visible in the sky in July and the Sturgeon Moon will be seen in August.

You can see the full calendar here…

Full Moon dates for 2022, according to The Royal Observatory, with times shown in GMT

When is the best time to see the Pink Moon?

The best time to see the full moon this weekend is when it reaches its peak at 7.55pm on the evening of Saturday, April 16. 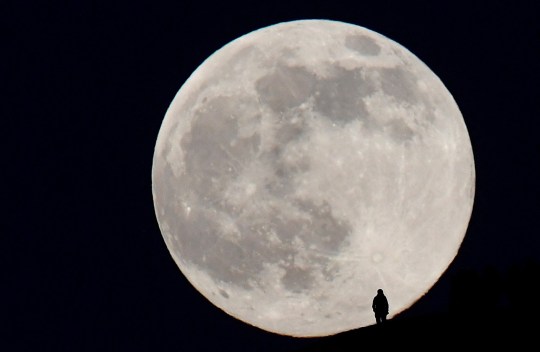 A person stands on the hillside of Glastonbury Tor as they watch the full moon (Credits: Reuters)

That’s when the moon will be at its fullest – although it will appear brighter later at night once the last of the daylight has slipped away.

Even though the moon reaches its peak on April 16, it will still appear full on the nights either side.

So if you can’t get out on Saturday night to have a look, you’ll still get a spectacular view of it on Friday and Sunday night.

Portsmouth girl not allowed at prom ‘because of poor attendance’

My kids told me ‘don’t come home, he’ll kill you’ as I lived in fear of abusive ex