Downing Street has confirmed the specific day the PM was found to have broken Covid restrictions (Pictures: AP/PA)

Boris Johnson was fined for breaking lockdown rules after he attended his own birthday party.

A Downing Street spokesman has confirmed the prime minister was found to be in breach of Covid restrictions on June 19, 2020 – when indoor socialising with people from other households was banned.

Previous reports suggest up to 30 people sang the Tory leader happy birthday and presented him with a cake in the Cabinet Room on this day.

It was alleged his wife Carrie Johnson – who has also been given a fixed penalty notice – arranged the gathering, before family friends were hosted upstairs in the PM’s residence.

Conservative MP Conor Burns previously defended Mr Johnson, saying the event was not premeditated and he had been ‘ambushed with a cake’.

Speaking in January, Number 10 conceded ‘a group of staff working in No 10 that day gathered briefly in the Cabinet Room after a meeting to wish the Prime Minister a happy birthday’. They added: ‘He was there for less than ten minutes.’

But they denied accusations of a later indoor bash, saying the British leader only hosted a small number of family members outside.

A maximum of six people were allowed to meet outdoors at the time. 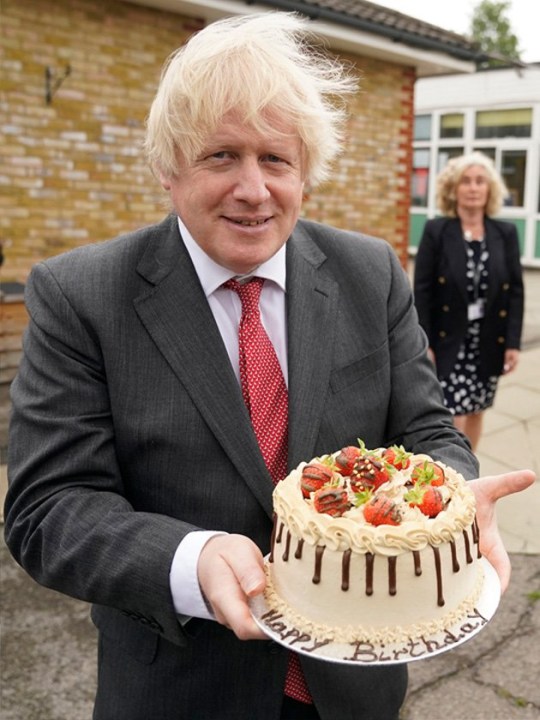 A No 10 spokesman said today: ‘The Met Police have now explained that the FPN issued to the PM will be in relation to the following incident:

Mr Johnson is the first sitting prime minister in history to have broken the law.

The country’s two most senior politicians now face calls to resign after breaking the very laws they set at the height of the pandemic – as many stayed away from dying loved ones and attended funerals on Zoom.

Labour’s Sir Keir Starmer told the pair: ‘Boris Johnson and Rishi Sunak have broken the law and repeatedly lied to the British public. They must both resign.

‘The Conservatives are totally unfit to govern. Britain deserves better.’

PRINCE William and Prince Harry’s incredible reunion was arranged over a text message. The brothers put their differences…
byBizLifetime
No comments