Comedian who joked about child molesting is now a convicted paedophile

The comedian also worked for Camelot who suspended him when his convictions came to light (Picture: National Crime Agency)

A comic who joked about paedophilia has been convicted of paying for and directing the sexual abuse of children.

Eamon Goodfellow, 50, used chat rooms to find children under the age of 13 through fixers in Romania and the Philippines.

A number of chat logs detailed conversations in which he discussed the abuse of children with facilitators, directing them to perform specific acts on the victims over live-stream.

The Northern Irishman, who lived in Hertfordshire, was found to have sent payments to carry out the abuse.

Goodfellow was arrested by the National Crime Agency on 14 June 2018, and all his electronic devices were seized for analysis – yet he continued to joke about paedophila, incest and pornography.

Clips posted online show him making quips about a young comedian being too ugly for ‘child-molesting Moors murderers’ Ian Brady and Myra Hindley.

Other footage captures a joke about Goldilocks being in the train toilet with one of the three bears, as well as Prince Andrew’s internet history.

He also appeared in a Zoom comedy show alongside other comics as they cracked gags about paedophilia. 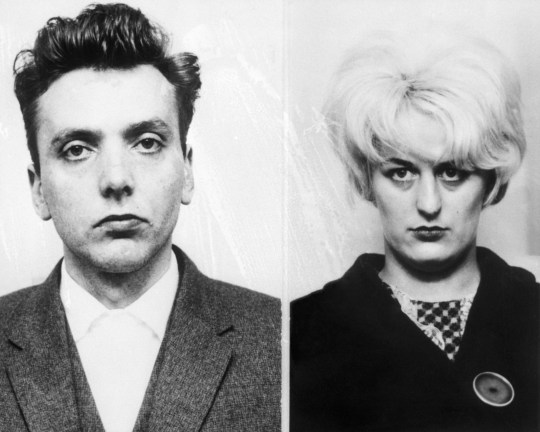 Goodfellow had joked a fellow comic was too ugly for child molesters Ian Brady and Myra Hindley (Picture: Bettmann Archive)

Martin Ludlow from the National Crime Agency said: ‘Goodfellow made it very clear that he has sexual interest in young children in these chat logs.

‘He attempted to arrange for the most horrific abuse of vulnerable children thousands of miles away from him for his own gratification.

‘He was helped by facilitators whose motive is to make money. This kind of financially-driven offending is a key threat to the UK.’

Goodfellow was found guilty of two counts of attempting to cause the sexual exploitation of a child under 13 at St Albans Crown Court following a six day trial on 12 April.

He will be sentenced at the same court on May 31.


Goodfellow was a regular on the comedy circuit in the UK, and brought his shows ‘Humour Trafficking’ and ‘For He’s a Jolly Goodfellow’ to the Edinburgh Fringe Festival.

He was the runner-up in the ­prestigious 2019 New Act of the Year with a routine that included a joke about a sex act.

The comedian also worked for the National Lottery company Camelot, who said it swiftly suspended him when it learned of his convictions.

A spokesman said: ‘We were unaware of the charges until the conviction this month. We immediately suspended the employee and the matter is subject to Camelot’s internal disciplinary process.

‘We are mindful of our employment law obligations and will pursue the strongest possible action.’

Glendar Johnson-Jackson (right) was able to pull out a stashed gun despite being strapped to a gurney (Pictures:…
byBizLifetime
No comments

Jurors heard how Hayley Keating, 31, stabbed her boyfriend in a drink and drug fueled rage A mum-of-two…
byBizLifetime
No comments