Do you know if a dead horse, a fire or bagpipes used to warn trains? Take this quiz by Horrible Histories’ Terry Deary

HAVE you been stuck on a train during the chaotic Bank Holiday weekend?

Well it could have been worse. Thank your lucky stars you weren’t travelling in the early days of railways.

The brilliant Horrible Histories book series has been filling kids’ heads with fascinating — and foul — facts about some of the most popular periods from the past for more than 30 years.

Now author Terry Deary has turned his attention to the chaos-filled past of trains.

He has created this rib-tickling quiz to keep Sun readers, young and old, amused this weekend. All aboard! 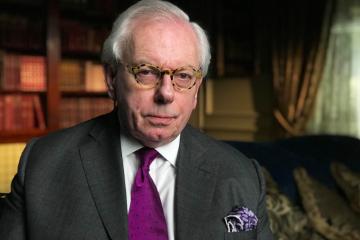 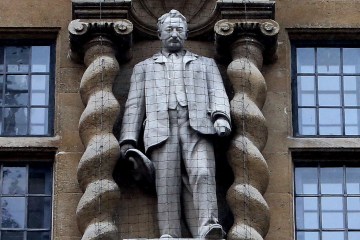 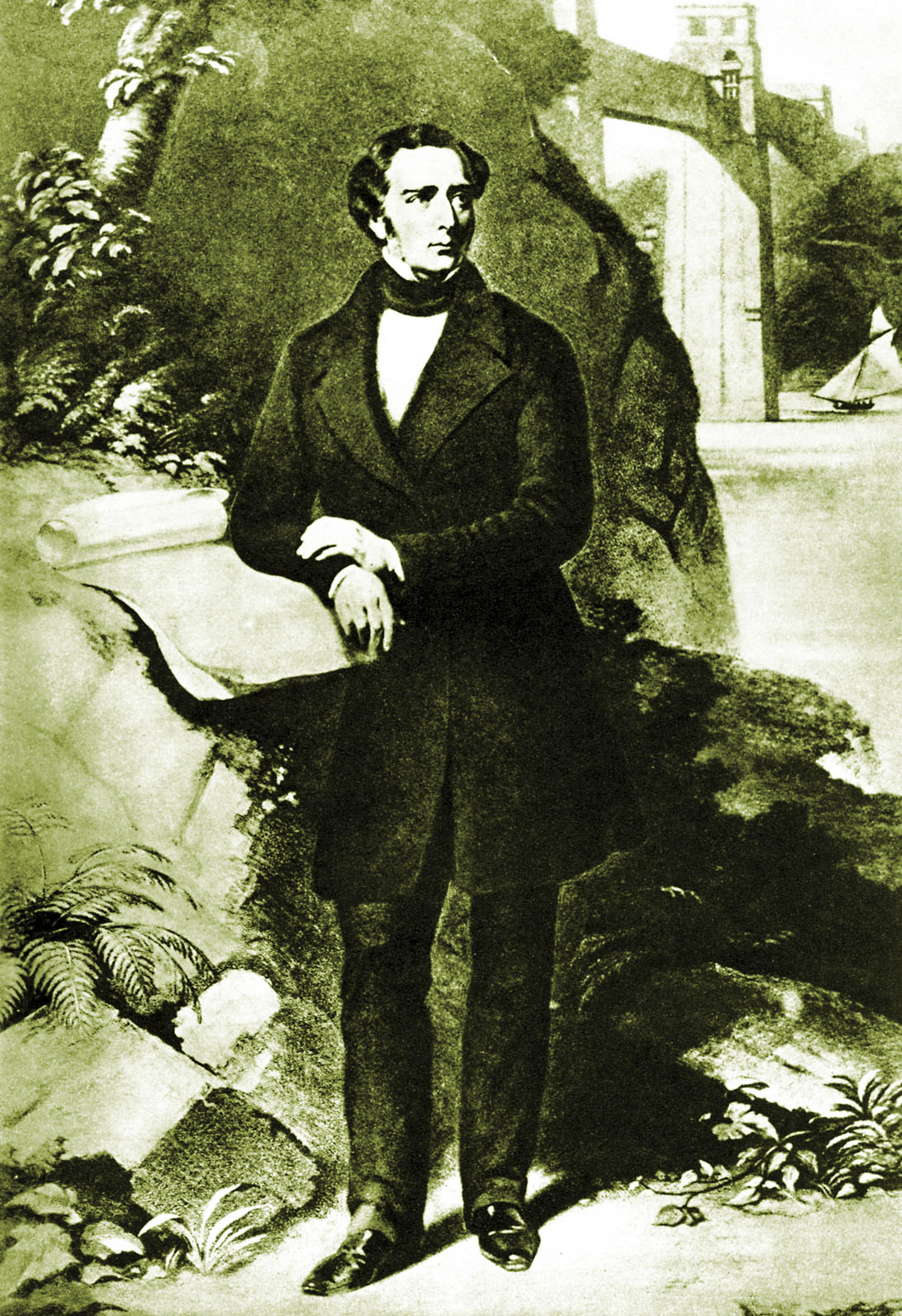 Robert Stephenson built the River Dee Bridge that collapsed in 1847

1. Even the great Robert Stephenson made mistakes. He used ‘cast’ iron to build the River Dee Bridge that collapsed into the river in 1847? What happened?

a) The rails got so hot local people used them to iron their clothes.
b) Robbers stole the rails and sold them for scrap.
c) The bridge cracked under the weight of a locomotive and sent a train crashing into the river.

2. What metal did Thomas Bouch use to build the l-o-n-g Tay Bridge (1879) which collapsed in a storm while Locomotive No.224 was driving over it? 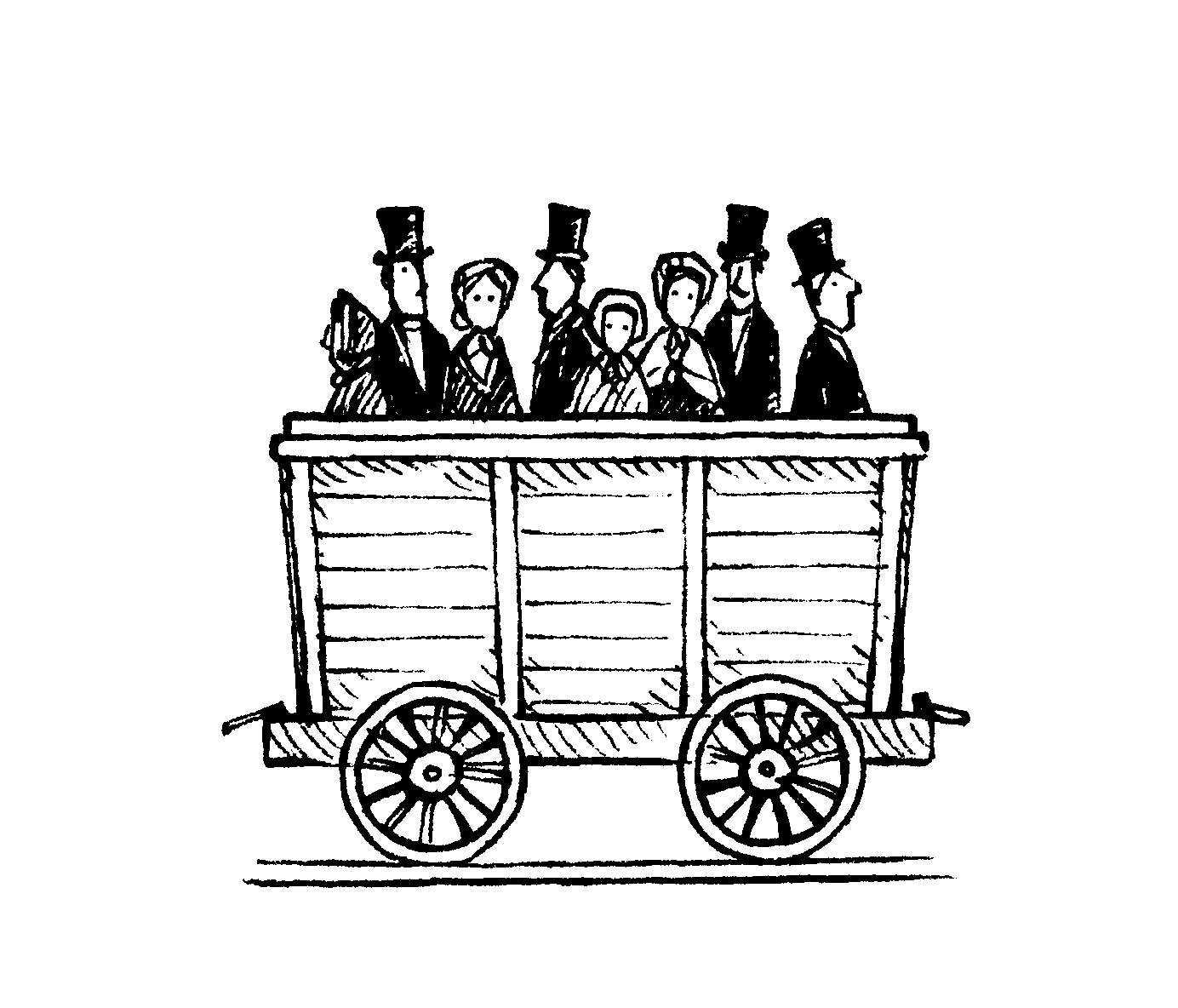 Did early train engines have no window glass, putting passengers in danger of hot cinders?

1. Which of these foul facts about early engines are true?

a) Carriages had no window glass so passengers were in danger of hot cinders.
b) Doors were locked by the guard to stop people jumping on and off.
c) No brakes!

2. Which of these wild ways was used to warn trains of danger on the line before signals were invented?

a) A dead horse was thrown across the track.
b) A fire was built in the middle of track.
c) A bagpiper played loud music. 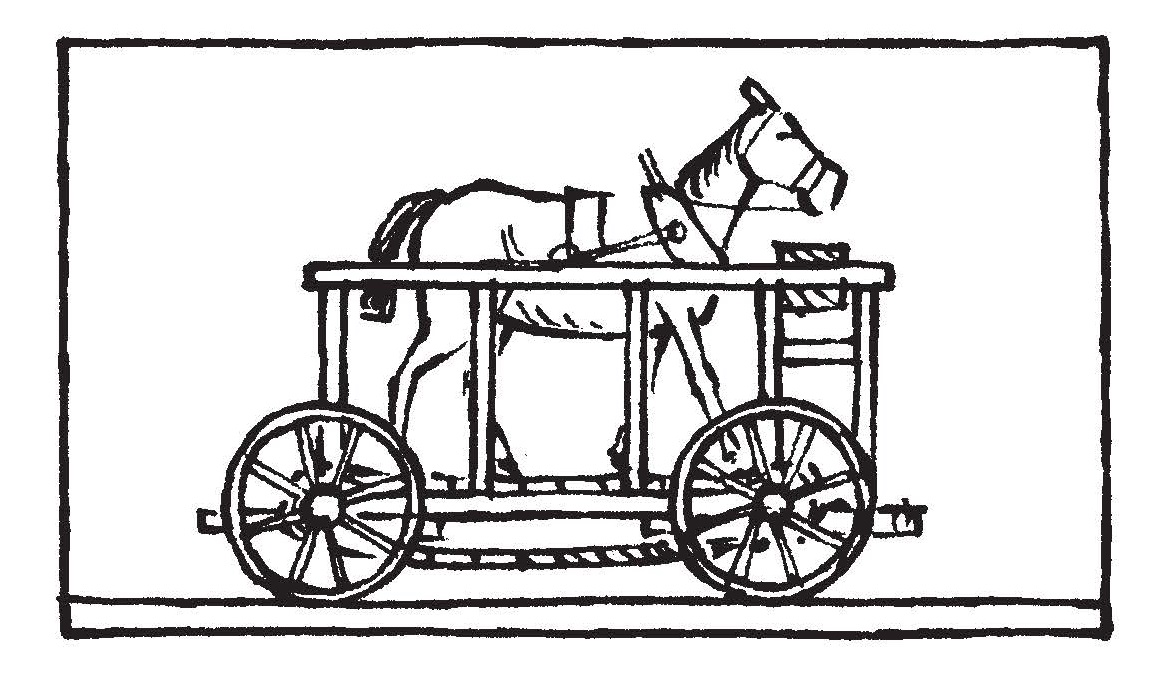 Did the Cycloped work by a horse trotting on a treadmill?

1. Which of these strange engines was a competitor at the Rainhill Trials for the best steam locomotive to operate the Manchester to Liverpool line?

a) The Cycloped worked by a horse trotting on a treadmill.
b) The Novelty built from bits of London fire-engines.
c) The Rocket with a bright yellow boiler.

a) Health and safety signs.
b) Toilets for the stations.
c) Beer for the workers.

Tank engine No.10 exploded in Brighton in 1853 killing the driver because he had tightened the safety valve to overheat the engine

1. Tank engine No.10 exploded in Brighton in 1853 killing the driver because he had tightened the safety valve to overheat the engine. Why?

a) To dry his clothes.
b) To heat up his coffee.
c) To speed the loco and win a race.

2. What was the fitting name of an unlucky engine that exploded in Bromsgrove in 1840? 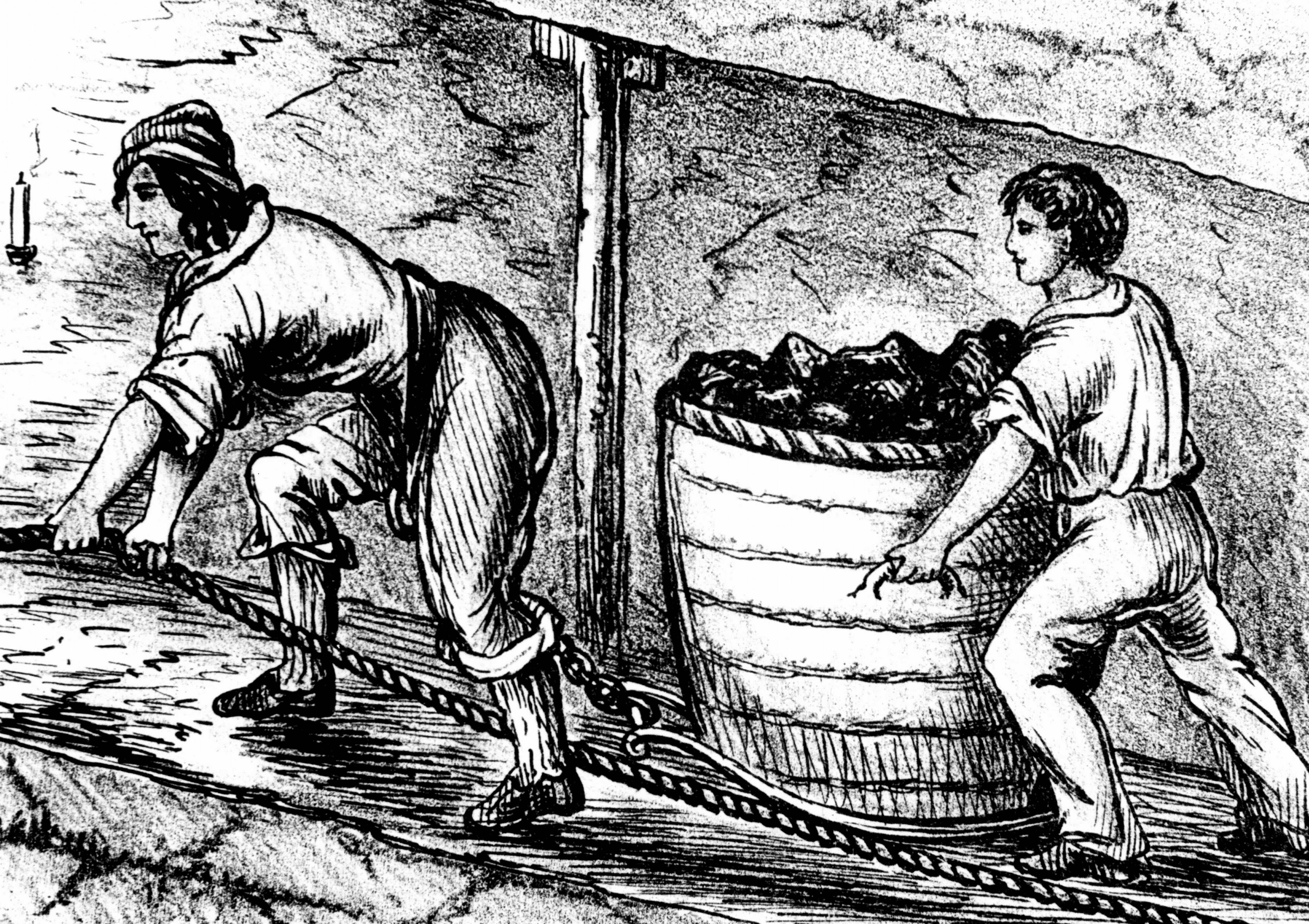 1. Digging tunnels was one of the most dangerous jobs in railway building. A law called the ‘Mines Act’ in 1842 banned the use of children under what age?

2. The railway line at Watford didn’t need a tunnel and the ground was dangerous to tunnel through but the Earl of Essex, who owned the land, insisted on building one. Why?

a) He was a ghost-train pioneer and a tunnel would be perfect.
b) He needed the soil to landscape his estate.
c) He wanted a pretty view. 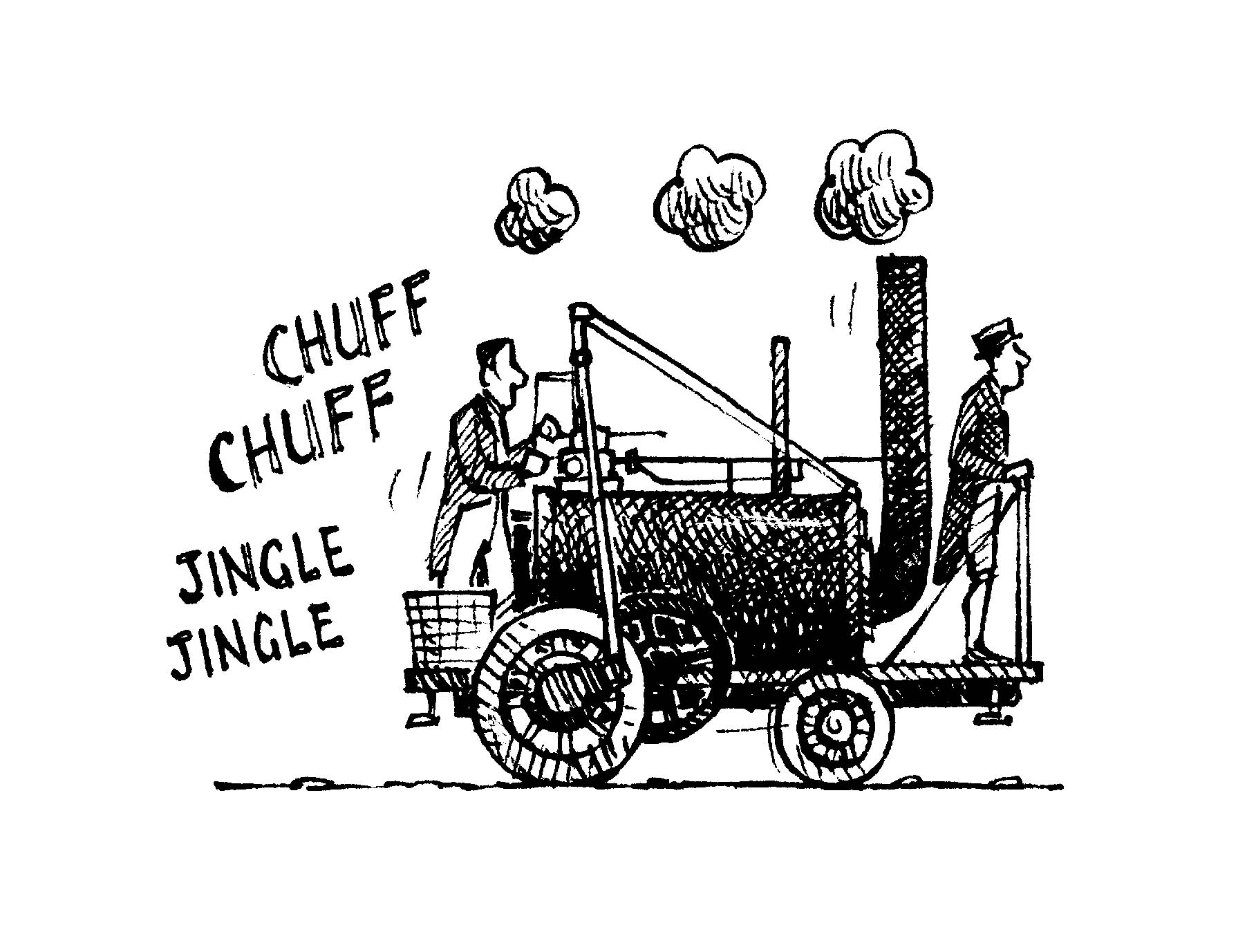 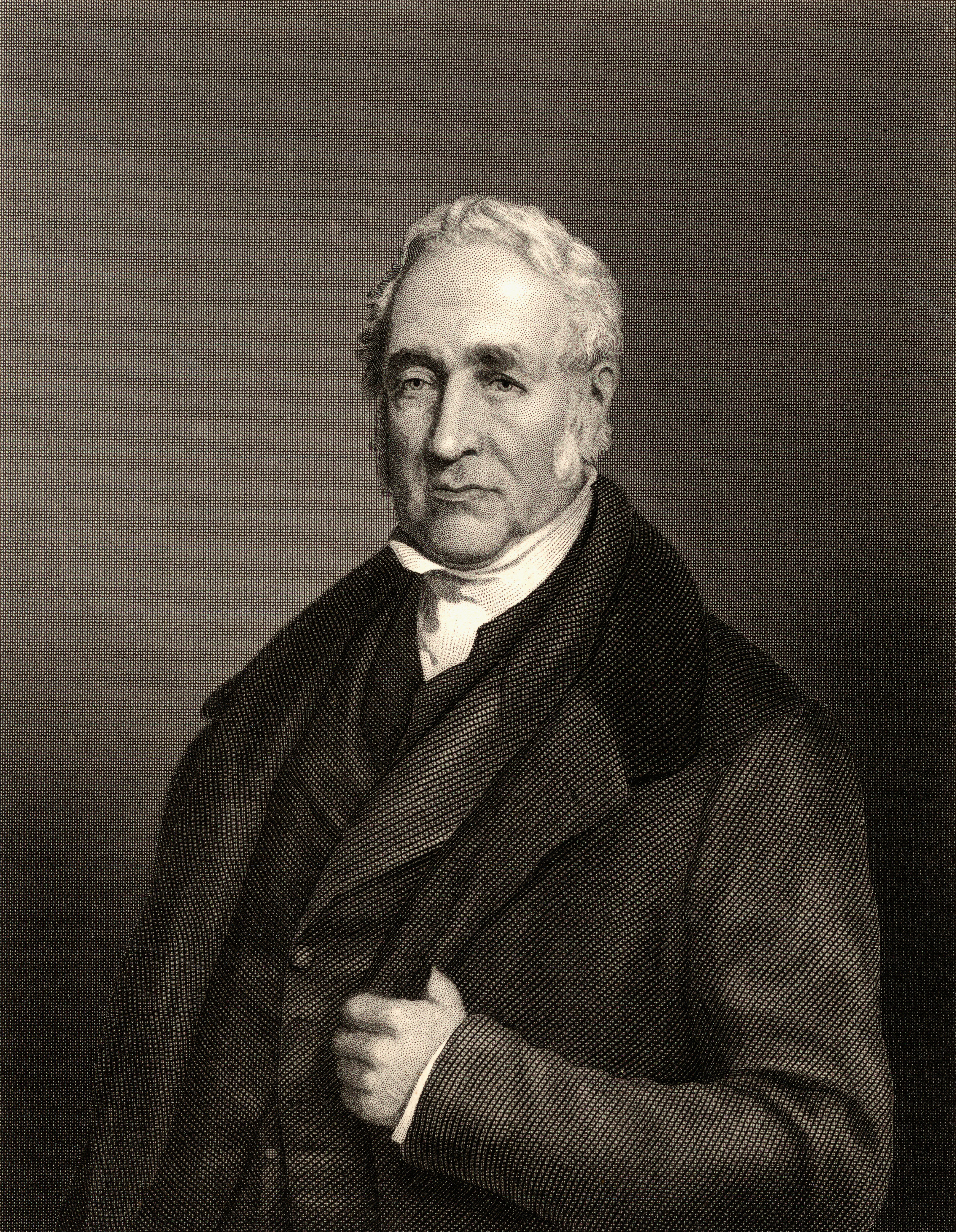 1. George Stephenson designed and built the world’s first passenger train in 1825? It didn’t go quite to plan. What happened?

a) It huffed and it puffed, and it blew a house down.
b) It ran over 17 hedgehogs causing it to skid off the track.
c) It broke down.

2. What was unusual about Brunton’s Mechanical Traveller steam engine in 1815? 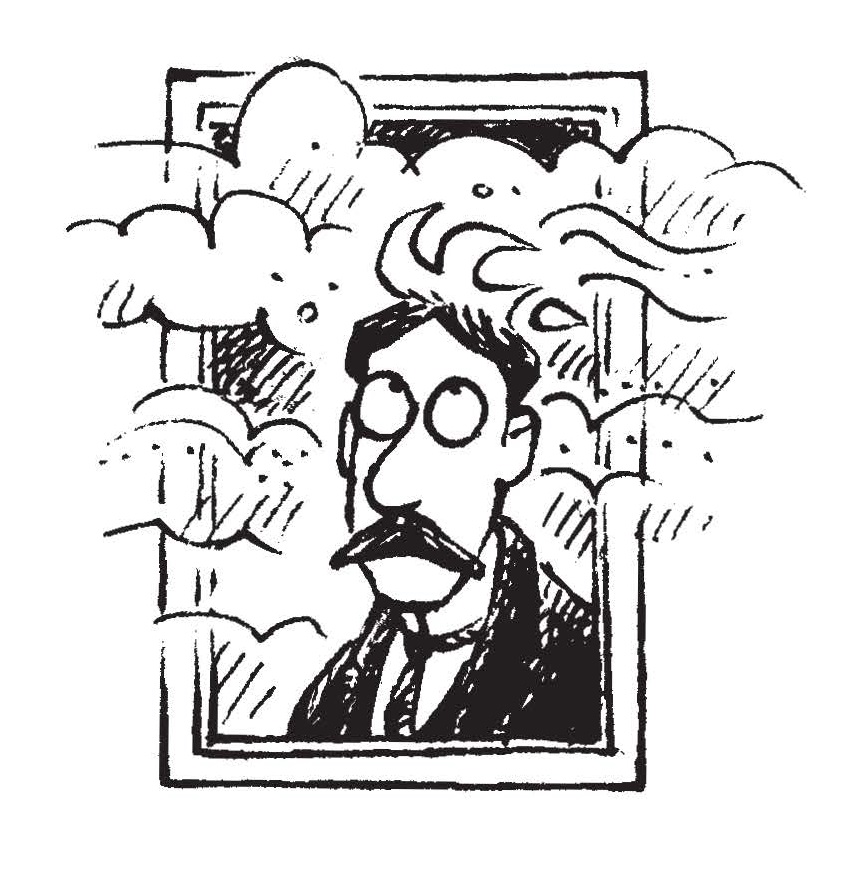 1) c. Cast-iron can snap like a dry twig when it’s under pressure. Three passengers died and so did the train guard and the fireman. Another nine were injured in the plunge. The driver survived and warned the next train so saved many lives. A hero.

2) a. Cast-iron. Yes, again. Pioneers don’t listen to history. They are more like pie-in-ears. Seventy-five people died in the Tay Bridge disaster including the train crew. Locomotive No.224 was hauled out and repaired. The railwaymen nicknamed it ‘The Diver’ and it kept working for another 40 years.

1) All are true. Glass windows eventually came in — for first class to begin with. Locked doors were banned after accidents with passengers trapped in broken down or burning trains. It took 60 years — and some terrible crashes — for brakes to become law.

2) b. Drivers were told to build a coal fire on the tracks to warn other trains. Smoke signals in fact.

1) All of them. The horse fell through the treadmill and broke The Cycloped. The air pumps on the Novelty burst and it was withdrawn. The Rocket won the contest then went on to kill an MP at the opening journey. ‘Hear-hear’ today, gone tomorrow.

1) b. The driver climbed on to the engine boiler to heat a can of coffee over the steam. The higher the pressure the hotter the coffee — and the bigger the bang when it exploded.

2) c. Surprisingly the engine was called Surprise. Two died when the killer locomotive exploded. They were not surprised for long.

2) c. His Lordship refused to allow trains to cross his land so as not to spoil his view. In 1838 the tunnel collapsed and killed 60 workers. But his lordship enjoyed his view and that’s what mattered.

1) c. It broke down. The trucks came off the rails three times and the locomotive — named ‘Locomotion’ — broke down. The world’s first train was an hour late. That wouldn’t happen today, of course. But the train made history, and everyone celebrated till midnight.

2) b. It had legs that pushed the locomotive along the track. Brunton parked it outside his house to show it off to his neighbours. There it exploded, destroying his cottage and killing thirteen people including the driver.

Most Brits would rather act on gut instinct than think through situations, study shows

FORGET head over heart – Brits firmly believe in gut-first when making decisions, according to research. The majority…
byBizLifetime
No comments

NICOLA Sturgeon has been rapped by cops over flouting mask wearing rules. The First Minister was reported to…
byBizLifetime
No comments

Queen Elizabeth II dead: How the UK front pages are covering her death

‘Kind father’, 29, pictured after he was killed in busy shopping centre, as teen and woman, 20, charged with murder