A British former care worker who travelled to Ukraine to fight has been pictured for the first time since being captured by Russian forces.

The fighter from Newark, Nottinghamshire, was said to have surrendered after running out of food and ammunition in the besieged city of Mariupol.

Mr Aslin, 28, moved to Ukraine in 2018 after falling in love with a woman from Mykolaiv, who is now his fiancée.

The dual-national was serving with the 39th Brigade Ukrainian Marines when he was captured.

He has previously fought alongside Kurdish armed units against ISIS in Syria between 2015 and 2016.

Images show Mr Aslin with cuts on his face and his wrists in handcuffs. It is not known where he is being held or what authorities have planned for him next. 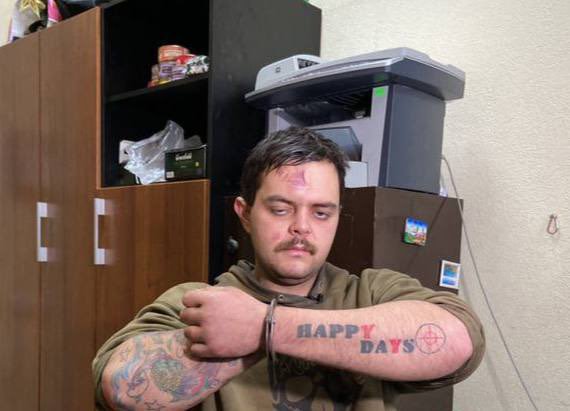 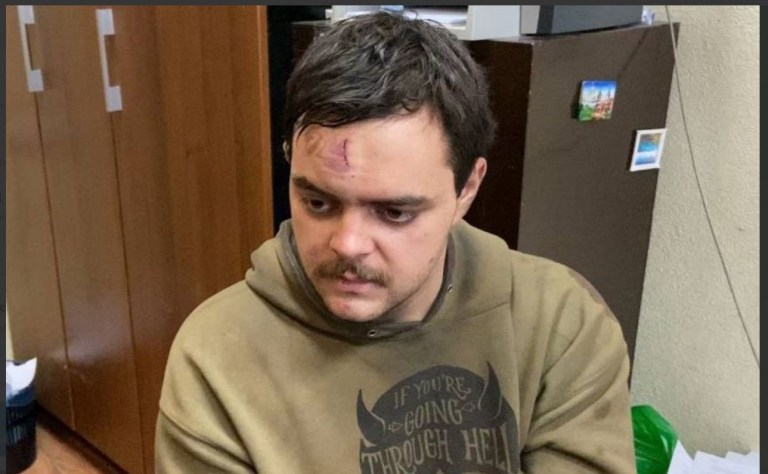 Mr Aslin, 28, from Newark, Nottinghamshire, has both UK and Ukrainian nationality

But it is likely he will be used for propaganda purposes or as a political pawn by Vladimir Putin’s regime. He could eventually be released as part of a prisoner exchange.

Speaking to a friend in the UK just before he and his unit were captured, he said: ‘It’s been 48 days. We tried our best to defend Mariupol but we have no choice but to surrender to Russian forces.

‘We have no food and no ammunition. It’s been a pleasure everyone, I hope this war ends soon.’

He told MailOnline: ‘As a family we don’t want to say too much because Aiden’s well-being and safety is our prime concern but President Putin has made dire warnings to those Westerners caught fighting for the Ukrainian Army.

‘Aiden has been called a mercenary but that isn’t true, he enrolled with the Ukrainian Army four years ago and has dual citizenship.

‘If the Russians do have Aiden captive, we would want to remind them of the Geneva Convention and to treat him and other soldiers in a humane and dignified way.’

This is a breaking news story – more to follow.

What does ‘homer’ mean?

Putin ‘threatens action’ against ex-Soviet states if they defy Russia

Lorraine and Adrian Marshall have butted heads with Blackpool Council over their cat playground (Picture: MEN Media) A…
byBizLifetime
No comments

A new 1,584-mile front will be opened along Nato’s eastern border with Russia if Finland joins the alliance…
byBizLifetime
No comments