Five fetuses were removed from a DC woman’s home on Thursday (Pictures: PA/Reuters/WUSA9

Five fetuses were discovered by police in the home of an anti-abortion activist who was indicted this week for blocking access to a reproductive healthcare center in 2020.

Police in Washington DC responded to the home of Lauren Handy, a 28-year-old self-proclaimed anti-abortion activist.

Nine people, including Handy, were indicted on Wednesday by a federal grand jury. All nine people were accused of felony conspiracy against rights for a blockade inside a DC abortion clinic in October 2020.

Police were responding to a tip about ‘potential bio-hazard material’ in Handy’s Southeast Washington home on Thursday, and the subsequent raid was captured by local television station WUSA9.

When I asked anti-abortion activist Lauren Handy what homicide detectives pulled out of her house Wednesday, she only said, âpeople will freak out when they hear.â @DCPoliceDept now says it found 5 fetuses. @wusa9 pic.twitter.com/9Uvm7JY9dQ

While Handy declined to comment on the raid, she told a reporter with WUSA9 that ‘people will freak out when they hear’ what the detectives had found inside her house.

The fetuses were collected by the DC Office of the Chief Medical Examiner, the tv station reported.

Court records show Handy has a long history of legal issues stemming from her anti-abortion activism.

A DC school filed a civil complaint against her for trespassing in 2015 after she was arrested for unlawful assembly outside the school earlier that year. 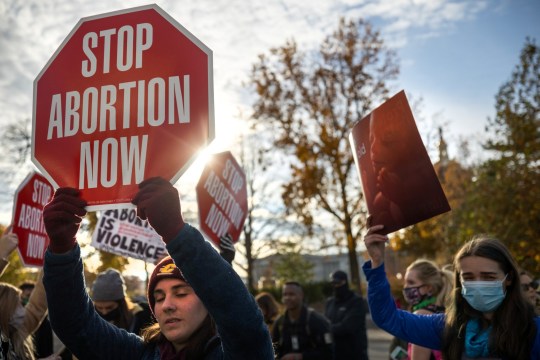 In Wednesday’s indictment, prosecutors allege that Handy called the reproductive healthcare clinic pretending to be a woman named ‘Hazel Jenkins’ who made an appointment for an abortion.

When Handy arrived the morning of the appointment she and the eight other co-defendants forced their way into the facility. While aggressively forcing into the clinic, an employee was knocked over, causing her to injure her ankle.

Inside the clinic, the defendants allegedly blocked the clinic’s entrance with chairs, and used ropes and chains to tie them together.

While inside, one of her co-defendants, Jonathan Darnel, live-streamed the blockade, prosecutors allege. 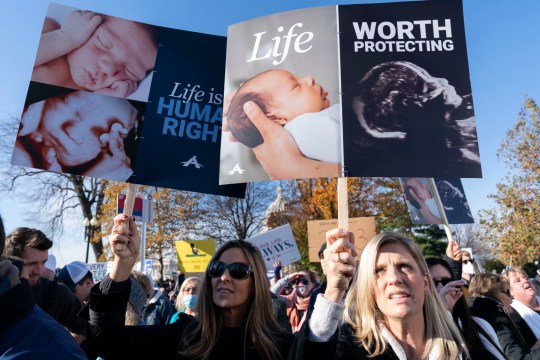 Handy and eight other anti-abortion activists were charged with conspiracy against rights and obstruction (Picture: AP)

At one point, Darnel reportedly claimed: ‘We have people intervening physically with their bodies to prevent women from entering the clinic to murder their children.’

The newly unsealed indictment charges all nine defendants with conspiracy against rights and clinic access obstruction. The first count is a felony carrying a maximum sentence of up to 10 years in prison.