The hottest day of the year is coming and the UK is determined to make the most of it (Picture: North News)

Brits are celebrating the long Bank Holiday weekend in the only way they know how – by partying.

For those of us who get a four-day weekend (I know I’m meant to be neutral as a reporter, but you can probably hear my grumbles all the way from Metro Towers), it’s the perfect excuse to have a hangover on Good Friday and Saturday, and then be fresh as a daisy ready for Easter Sunday.

And with the first proper Easter weekend without coronavirus restrictions in three years, the UK is ready to make the most of it.

People were seen partying in London, Manchester, Newcastle, Birmingham and other major cities across the country last night in what is one of the biggest weekends in the calendar for nightclubs.

It will come as a relief to hospitality owners who have had to shut their premises on and off for months due to lockdown rules.

And the celebrating is likely to continue tonight, with forecasters predicting today could end up being the warmest day of the year so far.

The Met Office says temperatures could reach 22°C today in London and the South East of England. 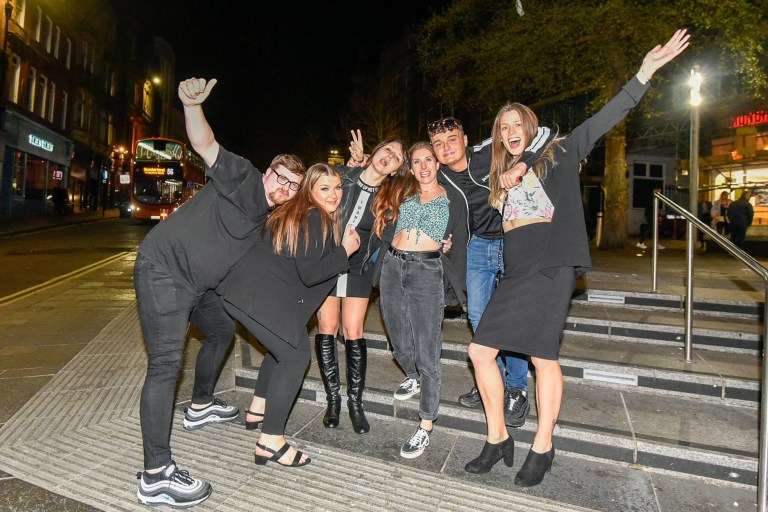 There may be some hungover heads in Newcastle this morning (Picture: North News) 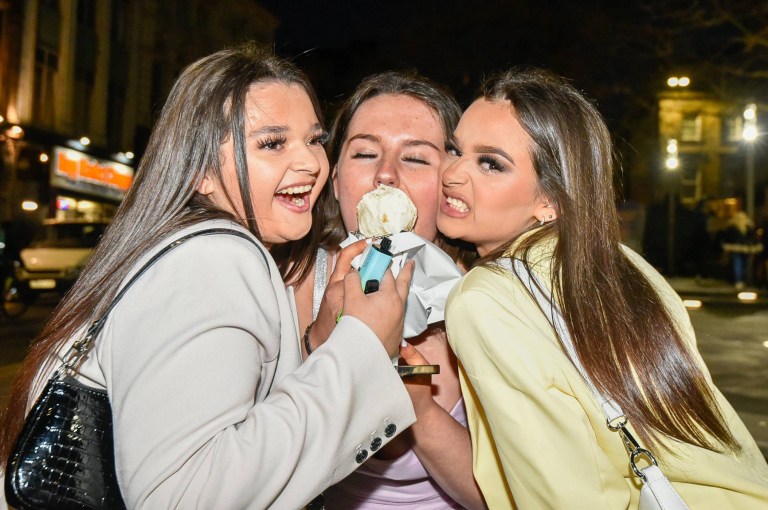 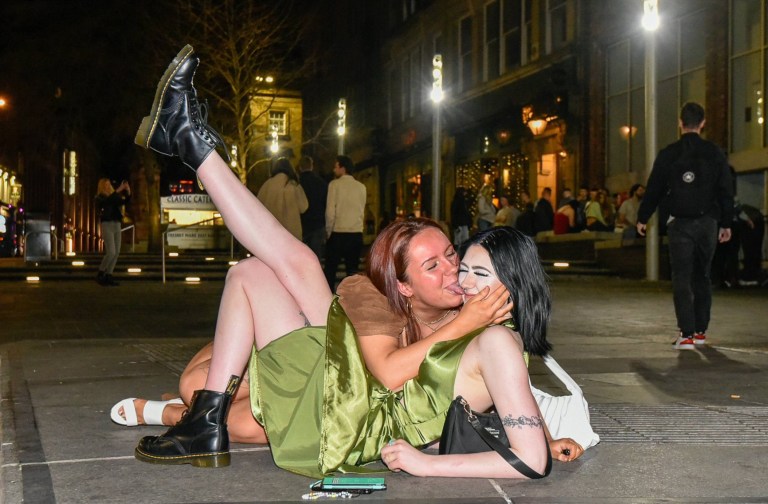 Temperatures have started to increase in the spring weather this week (Picture: North News)

The highest temperature of the year so far, 20.8°C, was recorded in London on March 23.

But meteorologist said today’s weather could soon beat that record.

She said: ‘There will be a lot of dry weather around and it will feel very warm in the sunshine.

‘In fact, it could be the warmest day of the year so far with temperatures in the low 20s in some parts of the South East.’ 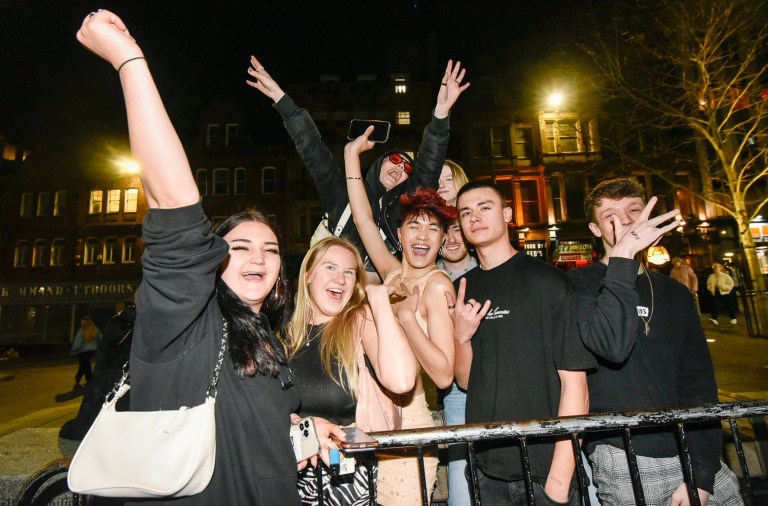 Will you be fresh as a daisy for Easter Sunday? (Picture: North News) 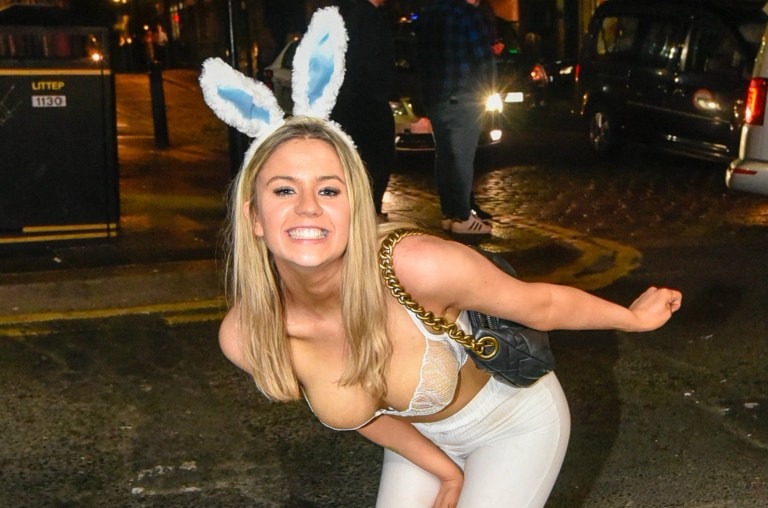 Today could be the UK’s warmest day of the year so far (Picture: North News) 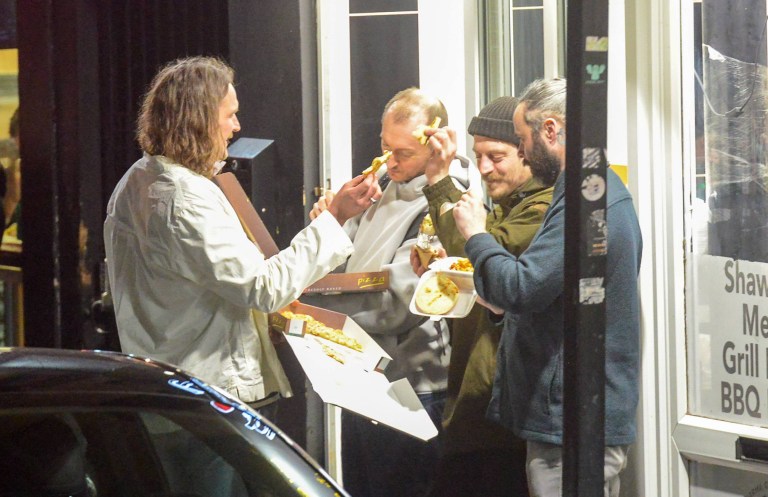 A proper night out is never complete without a kebab, chips or a pizza afterwards (Picture: North News)

Temperatures are around 10 degrees higher than average for this time of year, she added.

Neil Armstrong, chief meteorologist at the Met Office said: ‘Most people will see some spells of decent bank holiday weather this weekend, and it will feel warm in places, particularly for the first half of the Easter break.

‘However, a low-pressure system will affect the North West of the UK later Sunday, bringing unsettled weather to the north with some strong winds and rain in the North West, which could impact driving conditions for some, but further south it will be drier, especially in the South East.

‘There will be varying amounts of cloud, but temperatures are widely likely to be above average for the time of year, although low cloud might keep temperatures lower in coastal areas.

‘However, where the sun comes out people can expect some very pleasant spring conditions.’

So let’s keep the party going, shall we?

BERNIE Ecclestone has performed a screeching U-turn after saying he would “take a bullet for Putin”. The ex-F1…
byBizLifetime
No comments

City trader, 37, cleared after woman claimed he groped her on return flight from HONEYMOON

‘Secret doorway built by aliens’ spotted in image of Mars

Many have pointed out that the doorway is likely to be a shear fracture (Picture: Nasa) A picture of…
byBizLifetime
No comments