A POPULAR boozer has sparked outrage and been accused of “discrimination” after banning 18th and 60th birthday bashes on a Saturday night.

Owners of the pub in Redcar, Teeside, say putting on the events for teenagers causes utter carnage and requires safety deposits to be taken.

The owners of family-run Chapter 3 in North Yorkshire say opening the bar up to the public on a Saturday night – or accepting other types of functions – is more viableCredit: Google

Teens also don’t splurge enough cash because they drink “before they come” while those celebrating a 60th also spend less at the bar and instead “drink cups of tea”.

The owners of family-run Chapter 3 in North Yorkshire say opening the bar up to the public on a Saturday night – or accepting other types of functions – is more viable.

The venue’s Eve Nixon told Teeside Live: “Some bars do a minimum spend, but we literally only charge room hire – so thought this was the best option for us moving forward.

“With the 60th birthdays, they generally spend about £200 over the bar and drink cups of tea, which is absolutely fine – but Saturdays are more for the nightlife of Redcar.” 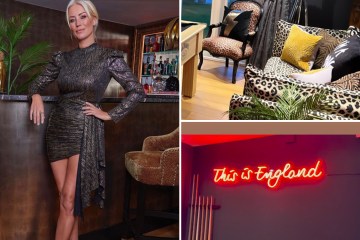 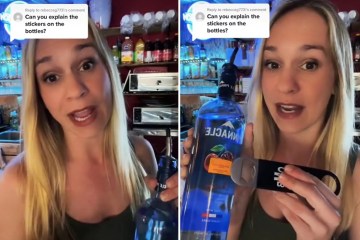 Ms Nixon added: “We are absolutely chocka with functions. It would be good to get the public back in on a Saturday.”

But the decision has sparked fury in the community, with locals taking to Facebook to take aim at the venue’s decision – even accusing it of “discriminating” with the ban.

“I mean the 18th makes total sense cos half of them will be trying to drink illegally, not sure about the cups of teas at a 60th though?”

One man called Chris Jones even suggested a way of dodging the ban.

He said: “Loophole. Just book tables out for the number of your guest for said “party” they cant stop large group bookings that could spend a fair amount of cash.”

Owner Eve Nixon lashed back at claims of discrimination, saying: “If you read the article we haven’t banned them at all, it states they can have them any day excluding Saturdays.

Don’t they need to be careful discriminating?

“I would understand if we banned them altogether.”

Mike Macnamara slammed: “Do people expect a business to go under so they can allow people to ‘sit’ in their premises and hardly spend any money?”

Mark Robson chimed: “It’s their bar they can do what they want.”

While Alison Mclean highlighted how lot of venues don’t even do 18th birthday parties.

By going down the functions-only route, Chapter 3 – which opened in July 2020 – said they would be forced to close.

Ms Nixon added how the bar has done “what’s best for the business” amid a tough post-Covid economic climate, soaring costs, bills and inflation.

Despite the ban, both types of functions can still be booked “any other day of the week” – and bookings already made will be honoured.

Gusts of up to 50mph have hit parts of the UK as the cold snap continues (Picture: Getty)…
byBizLifetime
No comments