People living on the same street as a millionaire who is refusing to take down his illegal man cave, say his antics are so infuriating ‘they want to key his cars’.

Graham Wildin has been ordered to tear down the unauthorised 10,000 square foot leisure centre behind his home in Cinderford, Gloucestershire.

But has refused and has subsequently become embroiled in a battle with authorities and his neighbours over the lavish extension.

The accountant built the man cave which includes a cinema, bowling alley, squash courts and even a casino, in 2014.

But the 69-year-old never got planning permission for the project and has been in a fight with authorities ever since.

After losing an appeal against a suspended prison sentence last year, Mr Wildin was told by a court he had until March 10 to demolish the extension.

But with that deadline now past, the man cave is still standing and relations between Mr Wilden and his neighbours are growing tenser by the day.

The millionaire has been accused of resorting to increasingly petty tactics to protect the structure, such as buying up the land around it and parking his cars along the street around his property. 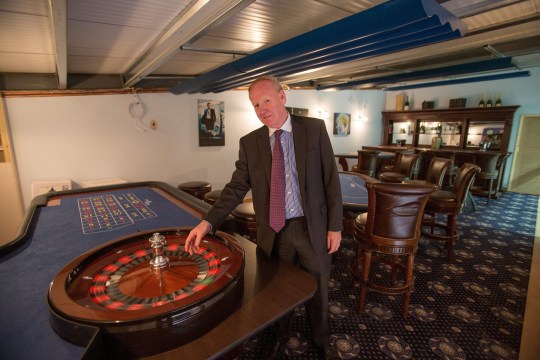 Mr Wildin built his man cave which includes a cinema, bowling alley, squash courts and even a casino, in 2014 (Picture: SWNS) 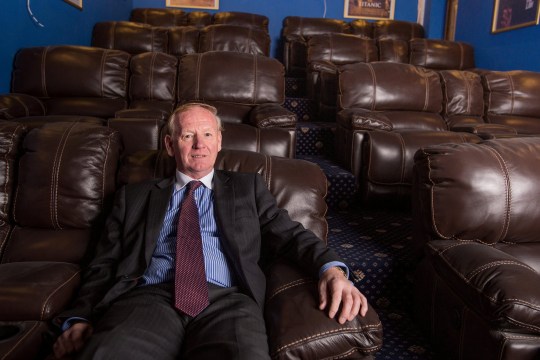 Mr Wildin didn’t have the correct planning permission for his private leisure centre and has been ordered to tear it down (Picture: SWNS)

Mr Wildin’s neighbours say his decision to move his collection of 20 classic cars onto the narrow road has created ‘parking chaos’.

He is understood to have previously kept the vehicles, which include vintage Bentleys, Porsches and a bright yellow Jensen Healey, in garages on his property.

But he has relocated them and reportedly told his Cinderford neighbours he’s got ’50 years of free parking’ to catch up.

Mr Wildin’s antics have led neighbours to accuse him of acting like a ‘bully’ and making their lives ‘miserable’.

One told The Sun: ‘I’d consider running a key down his paintwork, but he’s got CCTV cameras pointing at almost every house in the neighbourhood.’ 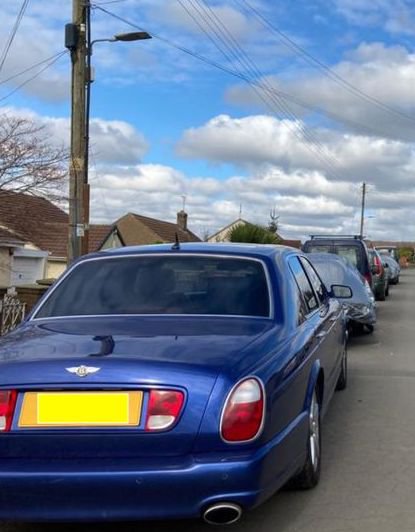 While another said the silver covers used to protect the vehicles rustle in the wind, keeping them awake at night.

‘The covers make a hell of a racket in the slightest breeze,’ they said.

‘He’s parked one of his cars right outside our bedroom. When the cover gets any wind on it, it’s impossible to sleep.’

Tom Worley, 77, a retired lorry driver, told The Sun: ‘Wildin told my wife that if she couldn’t get her car through the gap between his cars, she shouldn’t be driving.’

He said locals were upset by the ongoing feud.

‘It’s making everyone in the area completely stressed out,’ he said.

‘Many of us are elderly and want to be able to enjoy our retirements in peace, but he’s making our lives a misery.

Man dies after being Tasered by police and ‘jumping’ into Thames

Officers were called to Chelsea Bridge Road in west London on Saturday afternoon (Picture: UKNIP) A man who…
byBizLifetime
No comments

When did Princess Diana die and how old was she?

Table of Contents Hide When and how did Princess Diana die?Read More on Princess DianaHow old was Princess…
byBizLifetime
No comments