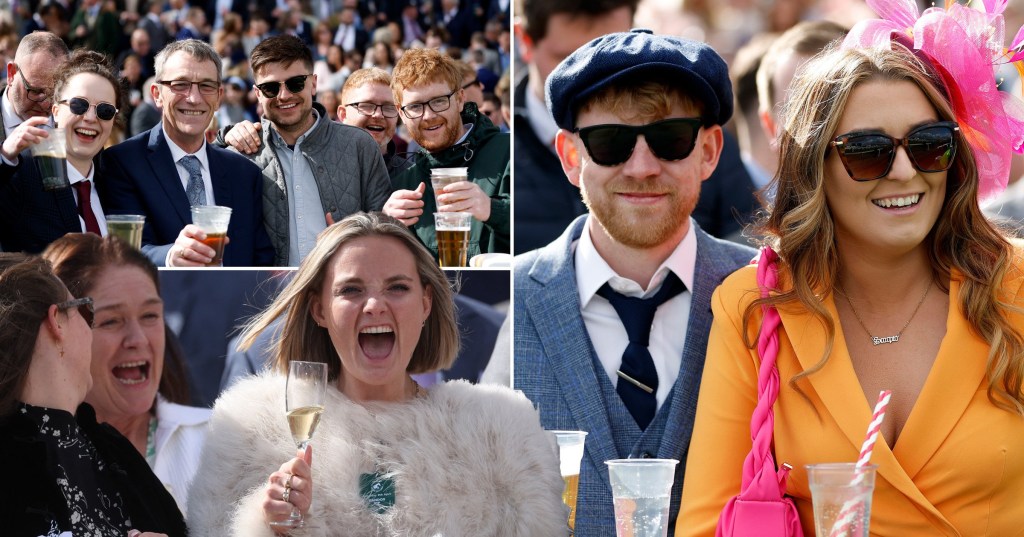 Everyone was really excited to dress up and watch the steeplechase in person again (Pictures: PA/Reuters)

Some 70,000 people cheered on Grand National winner Noble Yeats today as punters were allowed back at Aintree racecourse for the famous steeplechase for the first time since 2019.

Rain and hail chucked down for most of the second day of the Grand National festival but that did not stop anyone from celebrating.

Coronavirus cancelled the event in 2020 and forced the races behind closed doors last year.

So thousands of people were thrilled to get back to Merseyside.

Many were returning to the races as part of an annual tradition while others were experiencing the excitement for the first time.

Gabriella Nielson, 27, from Prescot, Merseyside, said: ‘We have missed it so much. It’s such a good day for everyone to get together. When you win it is the best feeling ever.’

Her friend Rachel Carhart, 30, who was returning to Aintree for the tenth time, said: ‘I love it, it’s my favourite day. The atmosphere is amazing.’

It comes after women were finally able to glam up for Ladies Day again on Friday, with one taking home a £5,000 best-dressed prize.


No one has been able to enjoy the races since before Covid, in 2019 (Picture: PA) 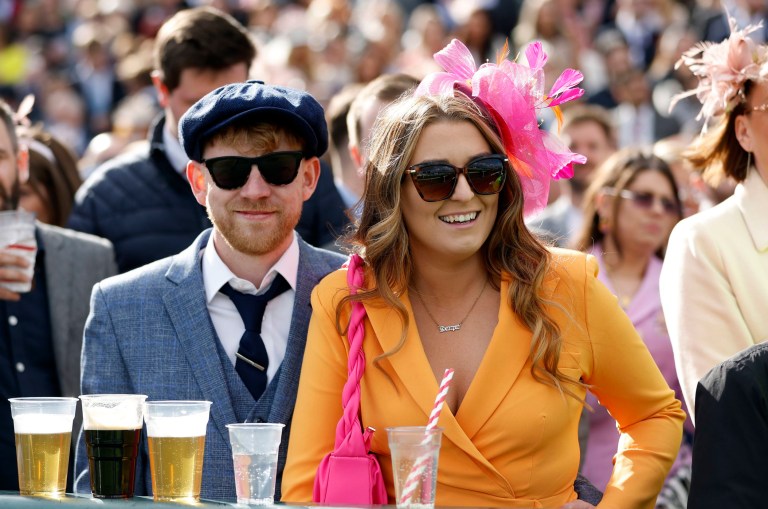 Although Saturday was rainy for most of the day, the sun came out during steeplechase (Picture: PA) 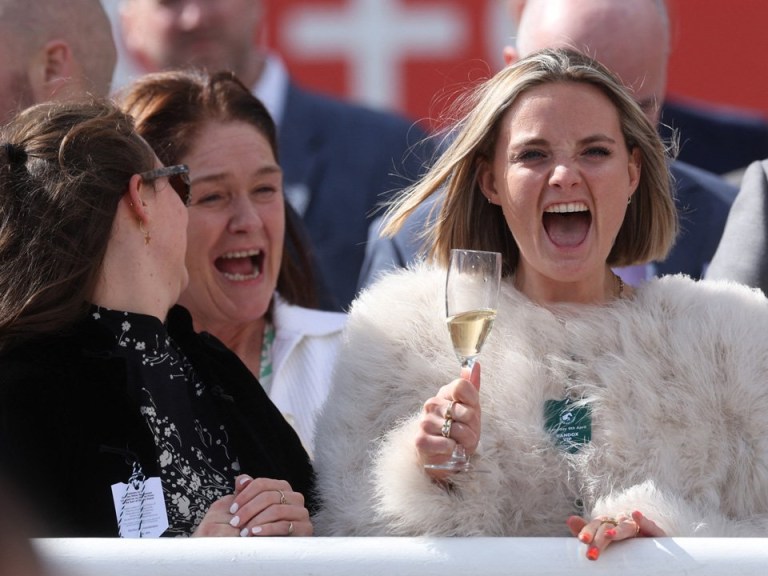 People described the atmosphere as ‘electric’ and ‘full of buzz’ (Picture: PA) 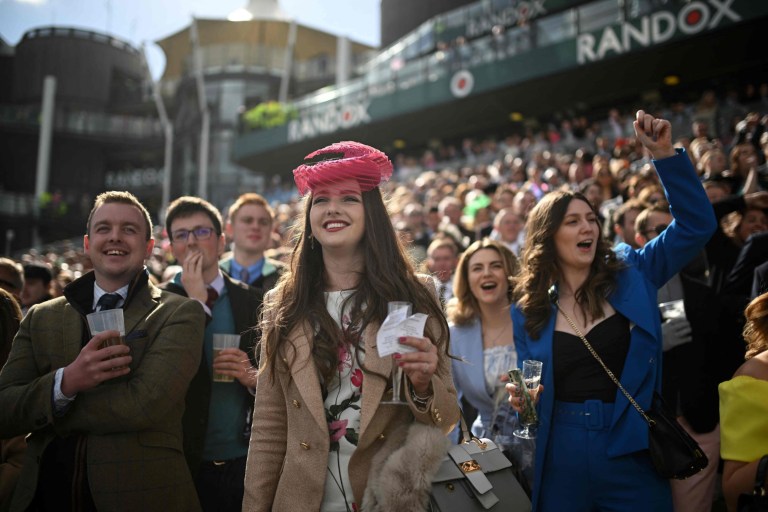 The race was completely sold out on Saturday (Picture: Getty)

Saturday saw the festival completely sold out. The sun made a welcome appearance just in time for the steeplechase – won by jockey Sam Waley-Cohen, 39, who recently announced this was his last race before retiring.

The Duchess of Cornwall presented the Randox Grand National trophy to Mr Waley-Cohen.

The races were especially meaningful for Nicky and Steven Baird – who originally bought festival tickets for their dad’s 70th birthday in 2020.

Forced, like so many others, to have a Zoom party for the milestone birthday, Aintree was an important treat for the Glaswegian family.

‘Today is going to be electric,’ Steven said. 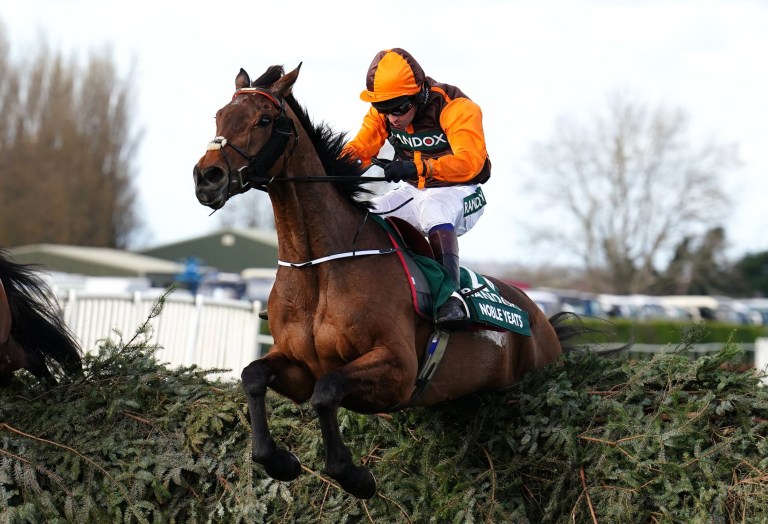 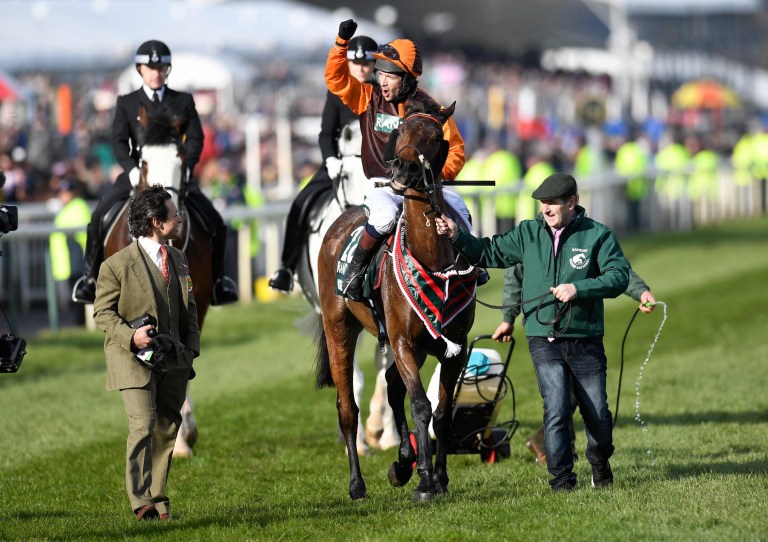 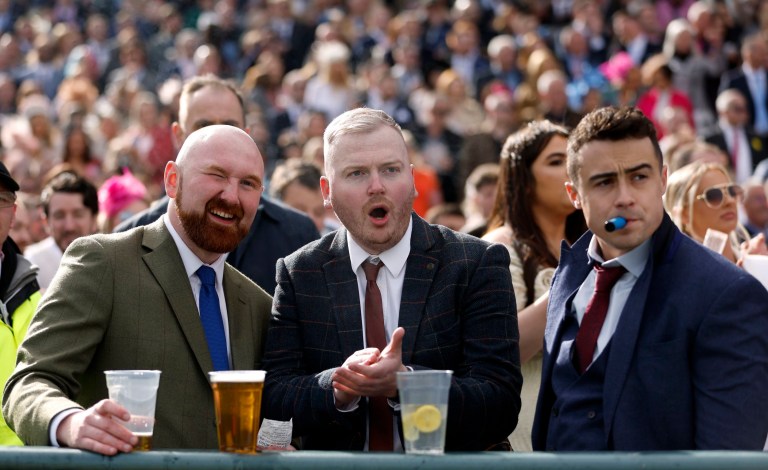 As is tradition, many people would have bet on horses to win (Picture: PA) 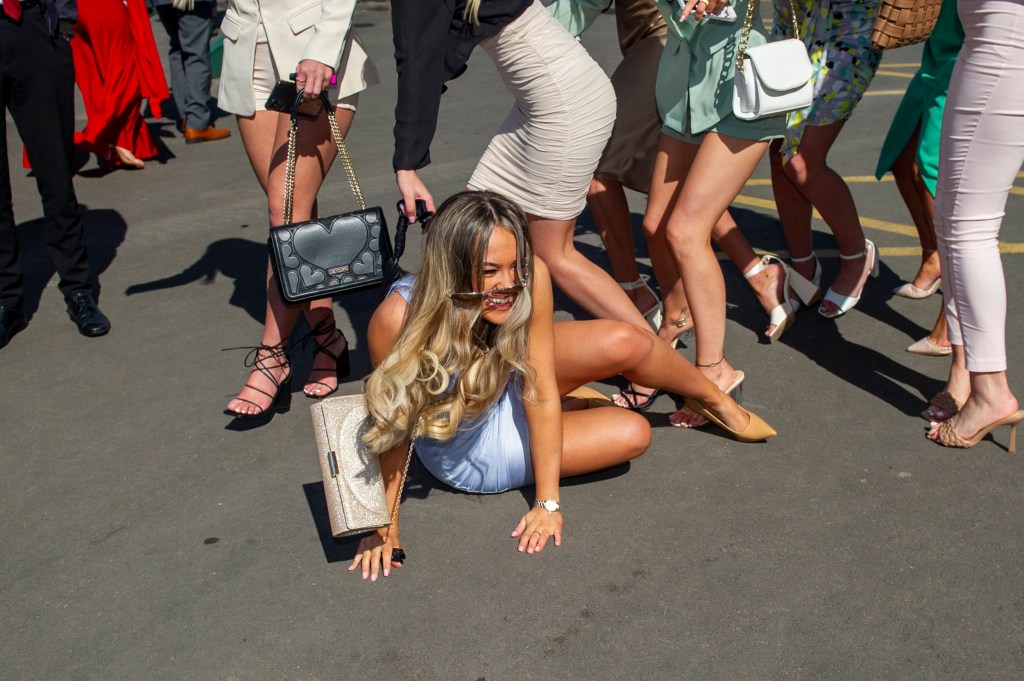 Coronation Street star Antony Cotton said: ‘It’s always lovely to be here and I’m thrilled to be back, especially given the last two years that everybody has had. It’s just nice to be out of the house.”

Hollyoaks actress Jorgie Porter, at the races with fiance Ollie Piotrowski, said: ‘You can feel the buzz here today that everybody is excited that we’re all out in this situation

‘It’s a huge thing, but I think particularly this year, because we’ve missed it so much.’

Football pundit Chris Kamara said: ‘It’s unbelievable. I know that’s my catchphrase but I have never been to the National before, so thanks to Betway, who invited me, I’ve ticked it off the bucket list, so it’s great.’

Others were seeing the festival for the first time ever, including Ian Hares, 36, and his friends from Andover in Hampshire.

Ian said: ‘It is amazing. I’ve been watching the Grand National on the television all through my life and I have always wanted to be here so it is a massive thrill.’

Where is John Darwin now?

JOHN DARWIN faked his own death with the help of his wife Anne, in a £679,000 insurance scam…
byBizLifetime
No comments

How to cancel Netflix subscriptions on your laptop and phone

Table of Contents Hide How to cancel your Netflix accountWhat is the cheapest Netflix subscription price?Can I cancel…
byBizLifetime
No comments

Traveller was branded ‘disgrace to community’ after coming out as gay

James has been targeted because of both his heritage and sexuality (Picture: James Lawrence) Aged just 18, James Lawrence…
byBizLifetime
No comments