This is Harry and Meghan’s first time in Europe together since stepping down as senior royals (Picture: Getty Images)

Prince Harry and Meghan Markle have been spotted on their first trip outside the US together since stepping down as senior royals.

The pair have arrived in the Netherlands to watch this year’s Invictus Games, with a Netflix film crew in tow.

Before coming to the Hague, they managed to squeeze in a secret trip to the UK to see the Queen yesterday morning.

Today Meghan and Harry were pictured with the Ukrainian team at the Invictus Games – a tournament for military veterans.

Dressed in a navy blue suit, the Duke of Sussex looked earnest as he held a calendar, while Meghan smiles in the background.

Ukrainian Oleg Karpenko said: ‘You just look who is here with us The Prince himself with a calendar.

‘The Invictus Games Ukraine team will soon start winning its medals at these competitions. Proud.’

Netflix are filming Harry’s documentary ‘Heart of Invictus’ about the Paralympic-style games, as part of the couple’s $100million deal with the streaming giant. 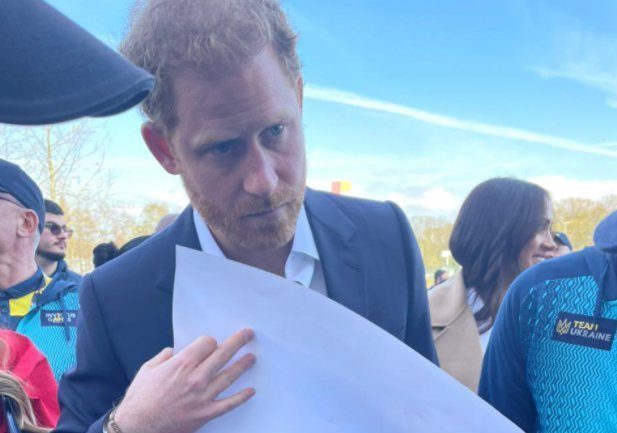 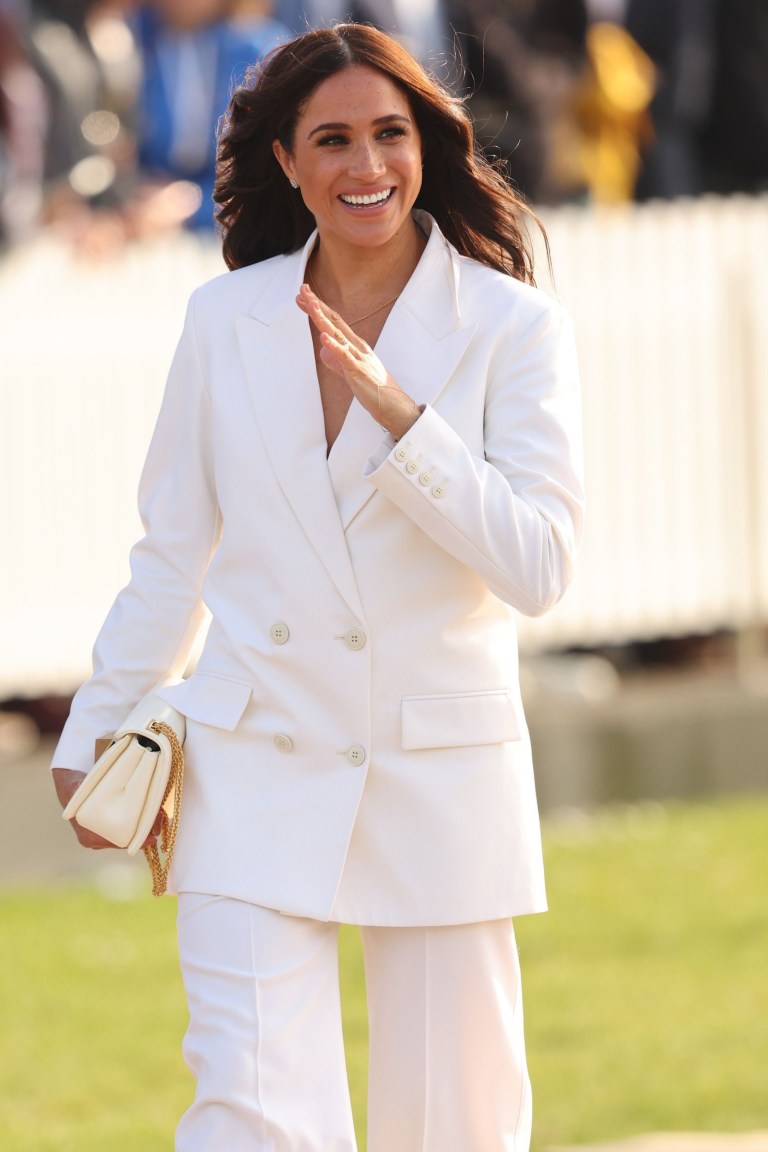 The film crew will be given exclusive access to the duke and duchess during heir time in the Hague.

During the trip, they are expected to film a private meeting between Harry and Meghan and the Ukrainian Invictus team.

The pair have been given ‘VVIP status’ by Dutch police and were told there is ‘no credible threat’ to their safety.

Not only do they have their own private security team, they will also be protected by in-country officials.

This means they will have direct links to all law enforcement and emergency services.

The trip comes just weeks after Harry stayed away from his grandfather’s memorial service in London’s Westminster Abbey, amid a legal battle with the British government about his security. 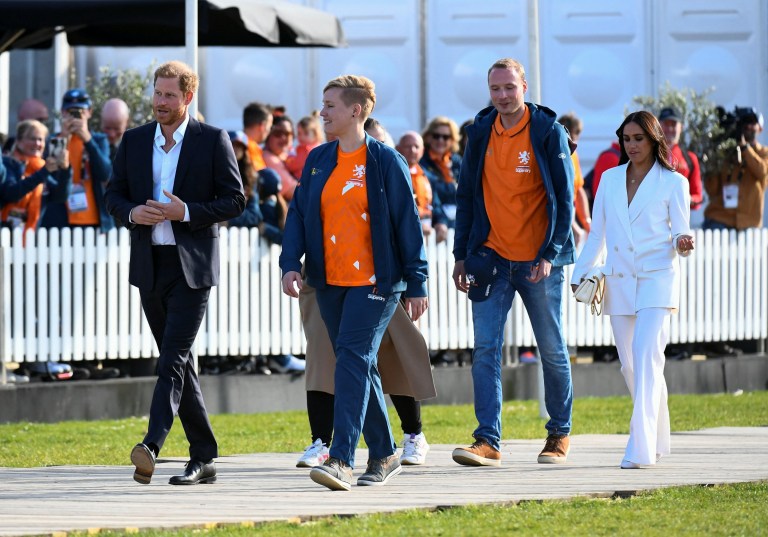 The pair will have their own private security and police protection during their stay in the Netherlands (Picture: Reuters)

The prince claims it isn’t safe for him to visit the UK because his Met Police protection was removed when he stopped working as a senior royal.

Harry wants to bring his children to visit, but he and his family are ‘unable to return to his home’ because it is too dangerous, his legal representative has said.

But Dai Davies, former head of royal protection at Scotland Yard, said the idea that Harry is unable to come to the UK due to safety concerns is ‘sheer unadulterated nonsense’.

The duke and duchess will not get an audience with King Willem-Alexander and Queen Máxima during their stay, nor be offered a room in the royal palace in The Hague.

Traditionally, the Dutch royal family hosts stays of foreign royals, but no such olive branch has been extended to the Sussexes, according to the Daily Mail.

A NURSE at a children’s hospital has been arrested amid claims she poisoned and killed an “infant”.  Cops…
byBizLifetime
No comments

A man in his 30s is being quizzed by detectives after a suspected altercation on Saturday morning (Picture:…
byBizLifetime
No comments