I was a secret Mafia princess living in Blackpool

MARISA Merico was born into a mafia clan so feared that when she landed herself in jail, she was seen as more of a risk than fellow prisoners Rose West and Myra Hindley.

Raised in Blackpool, the young Brit got caught up with a notorious ‘Ndrangheta syndicate in Italy, run by a woman nicknamed ‘Granny Heroin’. 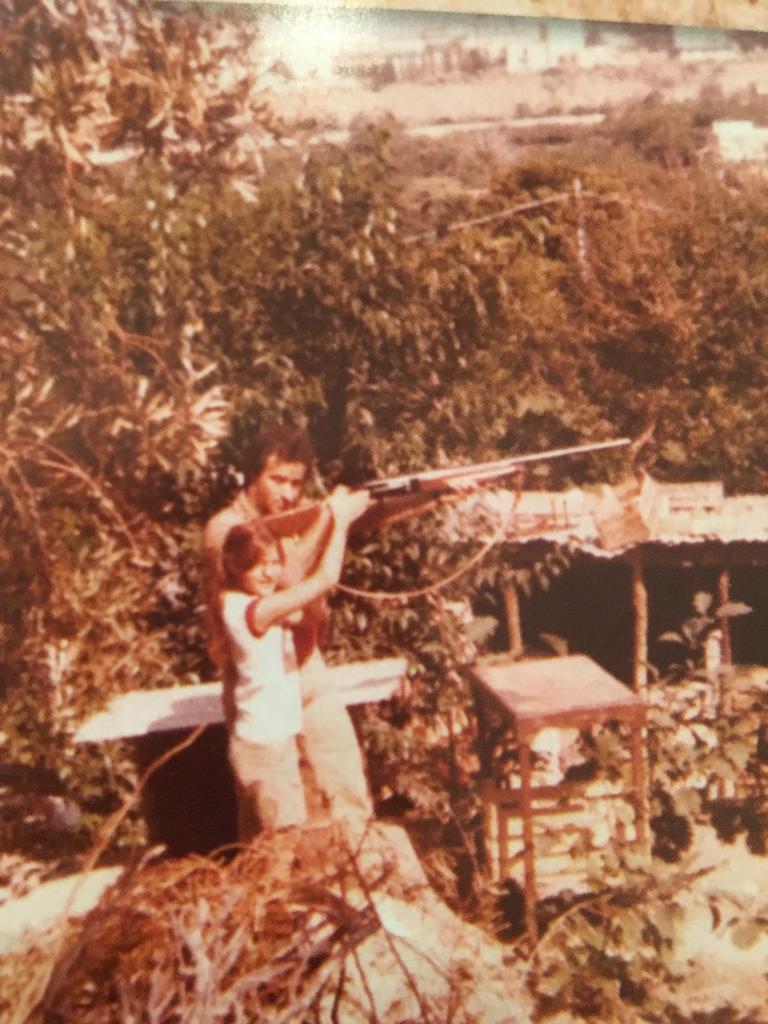 Marisa learning to shoot in Italy with her gangster dad EmilioCredit: Marisa Merico

Marisa’s grandmother, Maria Serraino, was every bit as deadly as The Godfather, after being jailed for murder in 1997 and running a 200 strong criminal enterprise in Milan whose trafficking operation stretched as far as Britain.

Now a ten-part Amazon Prime series called Bang Bang Baby, based on the lives of Marisa, 52, and her relatives, will shed light into how she was drawn into a life of organised crime.

From the age of 18 Marisa ran guns, delivered cash for cannabis and hid money around her body in a bid to prove to her gangster Italian dad, Emilio Di Giovine, that she was every bit as tough as any man.

Rival hitmen were dispatched to kill Emilio at her wedding when she was pregnant with her first child and she ended up helping run the shady organisation aged 22 after he was arrested.

By this time she already wanted out of the fearsome family and a year later she fled to England, before being arrested for money laundering in 1994 aged 24.

In Durham Prison she found herself with serial killers Rose West and Myra Hindley, but she was categorised as even more dangerous. At her extradition case to Italy, armed cops were on guard.

Marisa, who now has a degree in criminology and wants to help reform other female prisoners, tells The Sun: “I was the double cat A prisoner held like a terrorist. The two IRA girls who bombed Brighton were in at the same time.

“Myra was single category A, I think because of her self harm; Rose was also A. I was in a higher category than her.

“Even some of the officers used to say, ‘Why was that?’”

Marisa thought it was odd that West buddied up with the murderous Hindley even though she was professing her innocence at the time.

My security van got egged because they thought I was West

She recalls; “I saw them together and I thought it was really strange that with Rose saying ‘I’m innocent’ all the time that she was hanging out with Myra.

“She was going to court at the same time as me. My security van got egged because they thought I was her.”

Marisa was born in Milan but her British mother, Pat Riley, who died in 2012, decided to move back to Blackpool when her daughter was aged nine so she wouldn’t get involved with a life of crime like her dad.

Their marriage had been short-lived and Emilio was only involved in smuggling cigarettes when Pat met him.

Family ties lured Marisa to Italy once more when she was 17 and she got married to henchman Bruno Merico.

They had met while delivering £500,000 to gangsters in Seville, Spain for cannabis.

Marisa says: “They were surrounded by guys with guns like in Narcos, the soldiers on guard.”

Even though she was aged 18 at the time she did not feel nervous because “we felt almost untouchable. The family goes back hundreds of years.”

Another time she helped drive guns across Italy, and having picked up a weapon aged just 11 at her grandmother’s house, it felt bizarrely normal.

She says: “It seems surreal now. I would run ten miles now. Back then I had no fear, to show my father what I could do.”

At her wedding to Bruno two assassins were waiting to gun down her dad if he turned up for her big day, which he didn’t because the police were after him.

Marisa recalls: “The police were watching if he was going to come and in the meantime they spotted the two guys on the bikes ready and waiting to see if my father was there.

“It was scary because it could have been a bloodbath and I was a few weeks pregnant as well.”

Marisa’s daughter Lara, 30, was born shortly afterwards and at this point it dawned on her how wrong it had been to get mixed up in a life of crime.

A police operation brought down most of the clan in 1993 when Maria’s eldest daughter Rita Di Giovine gave evidence against them, leading to Emilio’s arrest.

Rather than quitting, Marisa opted to keep the mob operation going.

She says: “I had to step in and almost take over. I was trapped in that life because of my loyalty to my father. I look back and think ‘how did I let that happen?”

Three weeks ago Marisa finally challenged her dad Emilio – who also went straight after agreeing to help the police bring other criminals to justice – about what he got his daughter into.

She explains: “I have only been able to open up now to my father about how I feel. I told him I would never put my adult children in that situation, I would sacrifice myself before that.

“I was born into it, I was pulled away by my mother but I was pulled back by my dad. I had daddy issues, he always wanted a boy and I thought I am going to show you that a girl can do this.”

I had daddy issues, he always wanted a boy and I thought I am going to show you that a girl can do this

The terrifying impact of Granny Heroin, who died in 2017 aged 85, was all too clear.

Two of Marisa’s aunts and one uncle died as a result of taking the killer drug.

Maria’s organisation made millions by getting involved all types of crime, from supplying ecstasy to trading in stolen cars.

Marisa describes the clan’s matriarch, who could not read or write, as “very loving and family orientated but then that turn of being so harsh.”

While Marisa has managed to turn her life around, she knows only too well how others never escape crime.

She fell in love with an armed robber called Frank Birley who promised he was going straight after leaving prison.

But he never got to see his son Frank, 21, because he was shot dead while she was pregnant with him in April 2000.

She says:  “He got himself back in that life again in Leeds and he got shot and I was pregnant with his son.

“My beautiful boy is a mechanical engineer, both children live a totally different life.”

Marisa, who struggled to find any work due to her criminal record, is hoping to set up a restaurant with her chef dad and to support other ex-convict women.

She concludes: “I came out with two plastic bin liners. I want to set up a charity to help other women who have come out of prison.”

Mafia Princess, published by Harper Collins, is on Amazon and in bookstores. Bang Bang Baby launches on Amazon Prime Video on April 28 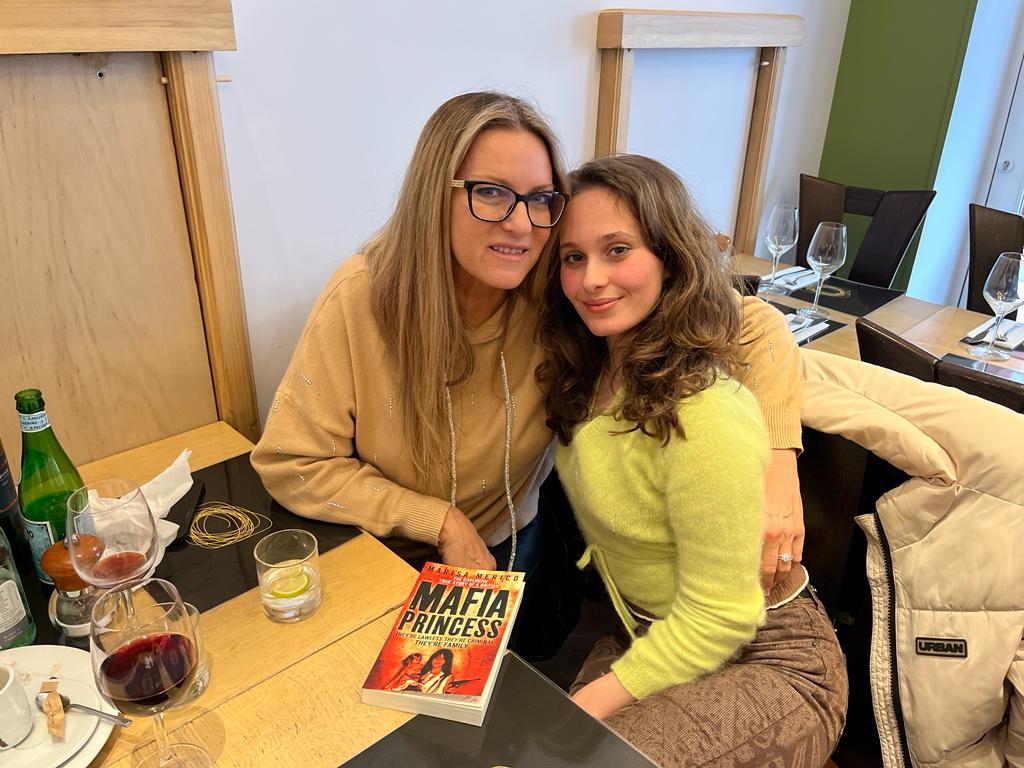 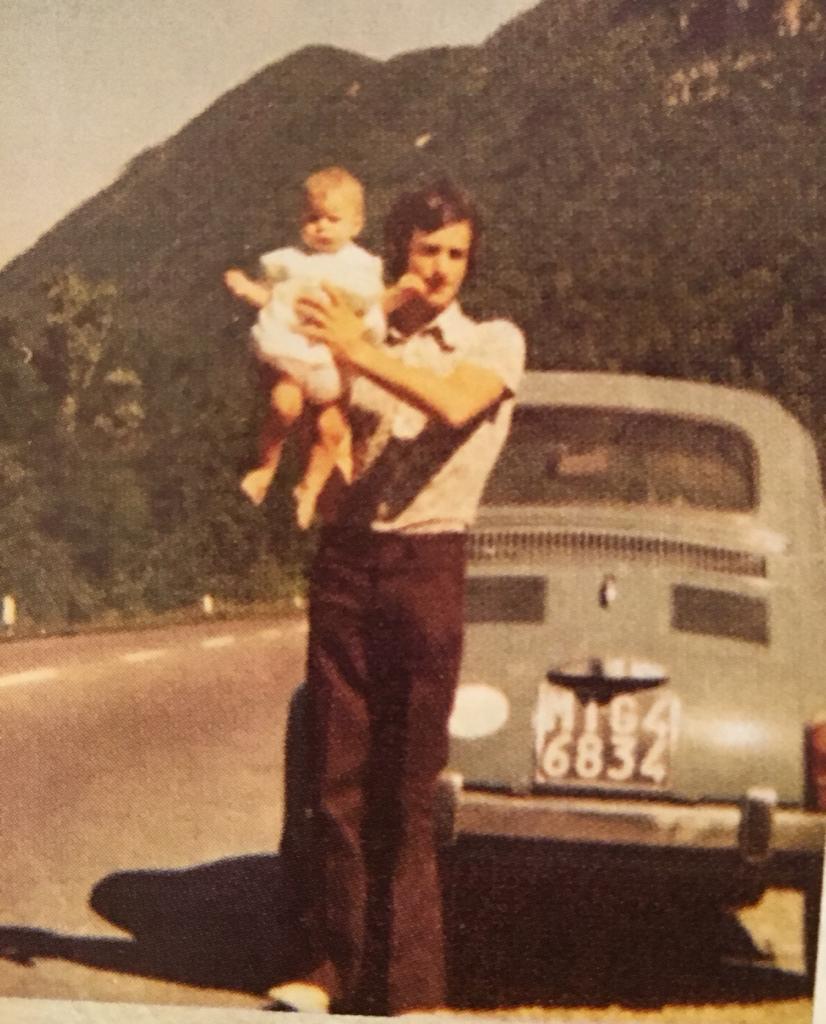 THE draw for tonight’s National Lottery EuroMillions (April 5, 2022) has taken place, with life-changing cash prizes at…
byBizLifetime
No comments