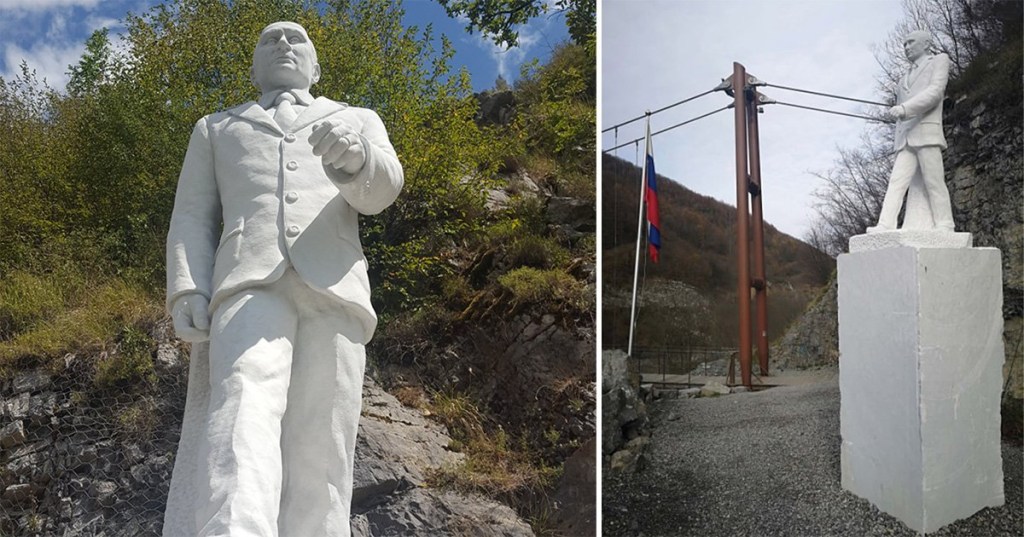 The major said the statue of Putin should be ‘demolished immediately’ (PIctures: Splash News)

Locals in a small Italian town want a statue of Vladimir Putin pulled down because of the horrific war in Ukraine.

The marble statue of the Russian President was erected in a park in the town of Vagli di Sotto in Lucca, Tuscany, in 2019.

It is part of a group of monuments to prominent people in our century which form a pathway of ‘honour’ and ‘dishonour’ without explicitly saying who represents what.

The group also includes a statue of Donald Trump.

But now, some residents and local mayor Bruno Murzi are calling for Putin’s statue to be pulled down ‘immediately’.

Mr Murzi said he never supported ‘wasting’ taxpayer money on the statues in the first place but said it needs to be addressed ‘now more than ever’.

He told locals: ‘We cannot bear to have a monument on the municipal territory to the one who is waging a war in order to “annex” a country with the own independence, because that’s what it is.

‘It would be a bit like Germany wanted to annex Italy because she was part of it in times of war.’ 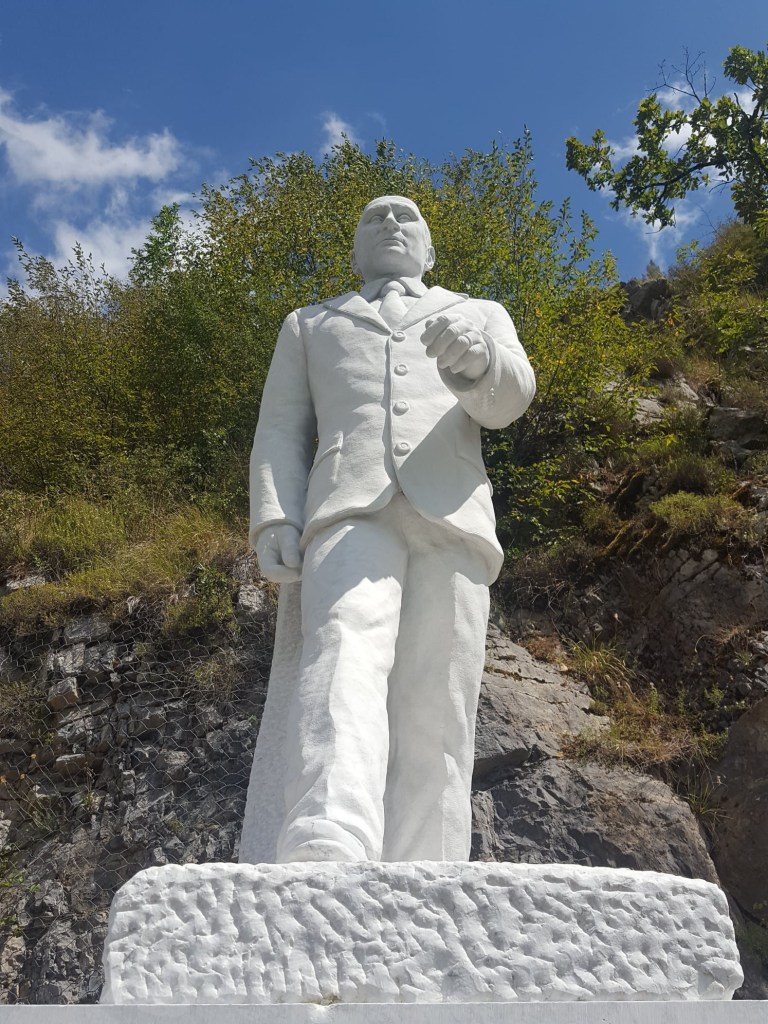 The statue was erected in the park in 2019, when the city was run by a different mayor (Picture: Splash News) 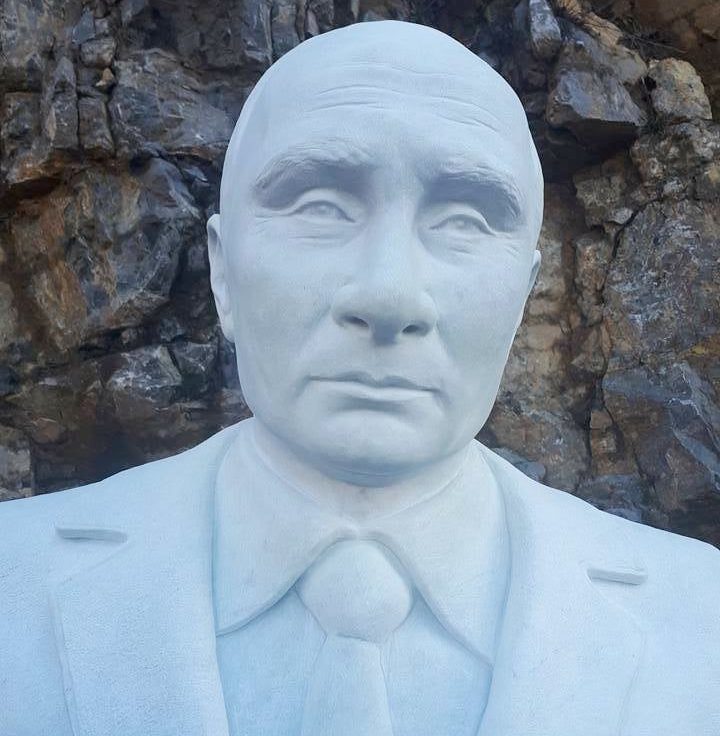 Putin’s statue is one of several monuments which also include Donald Trump (Picture: Splash News)

Mr Murzi went on to speak about how Italy had already joined other western nations in condemning Russia and sanctioning the nation.

He argued it was important to ‘show closeness’ to the people of Ukraine with ‘condemning certain gestures’.

Multiple high-profile companies – such as Spotify, Starbucks, Coca Cola and Pepsi – have pulled out of Russia in the wake of the devastation the Kremlin had wreaked on Ukraine.

Other acts of solidarity have included a ban on Russian vodkas, blocking Russian state media from the internet and of course each Nato member’s harsh economic sanctions.

Thousands marched through London on Saturday in support of Ukraine.

They started at Hyde Park and made their way to Trafalgar Square while wearing Ukraine’s flag colours – blue and yellow.

They chanted ‘stand with Ukraine’ and ‘stop the war’, with roads being closed off and traffic stopped.

Kyiv Mayor Vitali Klitschko, a former world heavyweight boxing champion, speaking from a military bunker, told the crowd on a big screen near Nelson’s Column: ‘We defend right now the same principles. Please keep together with our country, keep together with Ukraine.’

A senior prank at a Texas high school is costing the district thousands of dollars (Pictures: Google Maps…
byBizLifetime
No comments

Candidates will need to secure at least 20 nominations to be in the race for Number 10 (Picture:…
byBizLifetime
No comments

There will be numerous ways for people to commemorate the Queen before the funeral (Pictures: PA/Getty Images) The…
byBizLifetime
No comments

Newcastle: Flat covered in so much rubbish you can’t see the floor

A property owner left his £150,000 flat in Newcastle city centre covered in rubbish and beer bottles (Pictures:…
byBizLifetime
No comments