Man, 31, arrested for attempted murder of cop as officer is slashed with machete before suspect ‘turns knife on himself’

A MAN has been arrested for attempted murder after a police officer was slashed with a machete.

The 31-year-old suspect also suffered a knife injury to his neck, which is thought to have been self-inflicted.

A cop was hurt after being slashed with a machete in Forest Gate, East LondonCredit: supplied

Armed cops raced to the scene in the Forest Gate area of East London shortly after midday following the broad daylight attack.

Officers were called to Skelton Road to reports of a man armed with a knife.

When they intervened, one was cut across his arm and was taken to hospital for treatment, though his condition is not life-threatening.

His colleagues remain on the scene to try to engage with the knifeman.

Dramatic footage shows at least 10 police vehicles lined up along the street, with the whole area taped off.

Paramedics from the London Ambulance Service are also in attendance.

Witness Matthew, who lives two roads away from the incident, described the chaos.

The 54-year-old said: “When I was coming out of the laundromat there were lots of police cars going around.

“More and more police cars kept coming, and the ambulances as well.

“The whole area was sealed off when firearms officers arrived and then they got riot shields out.

“The street has been full of police cars since. I have never seen anything like this before.

“We were all told to hang back and I know then it seemed very serious.”

A spokesperson for the Met Police said: “At approximately 11.50am on Sunday, April 10, police were called to reports of a man armed with a machete suffering a mental health crisis at an address in Skelton Road, E7.

“Officers attended – one officer received a slash injury to his arm and has been taken to hospital for treatment.

“His condition is not life threatening.” 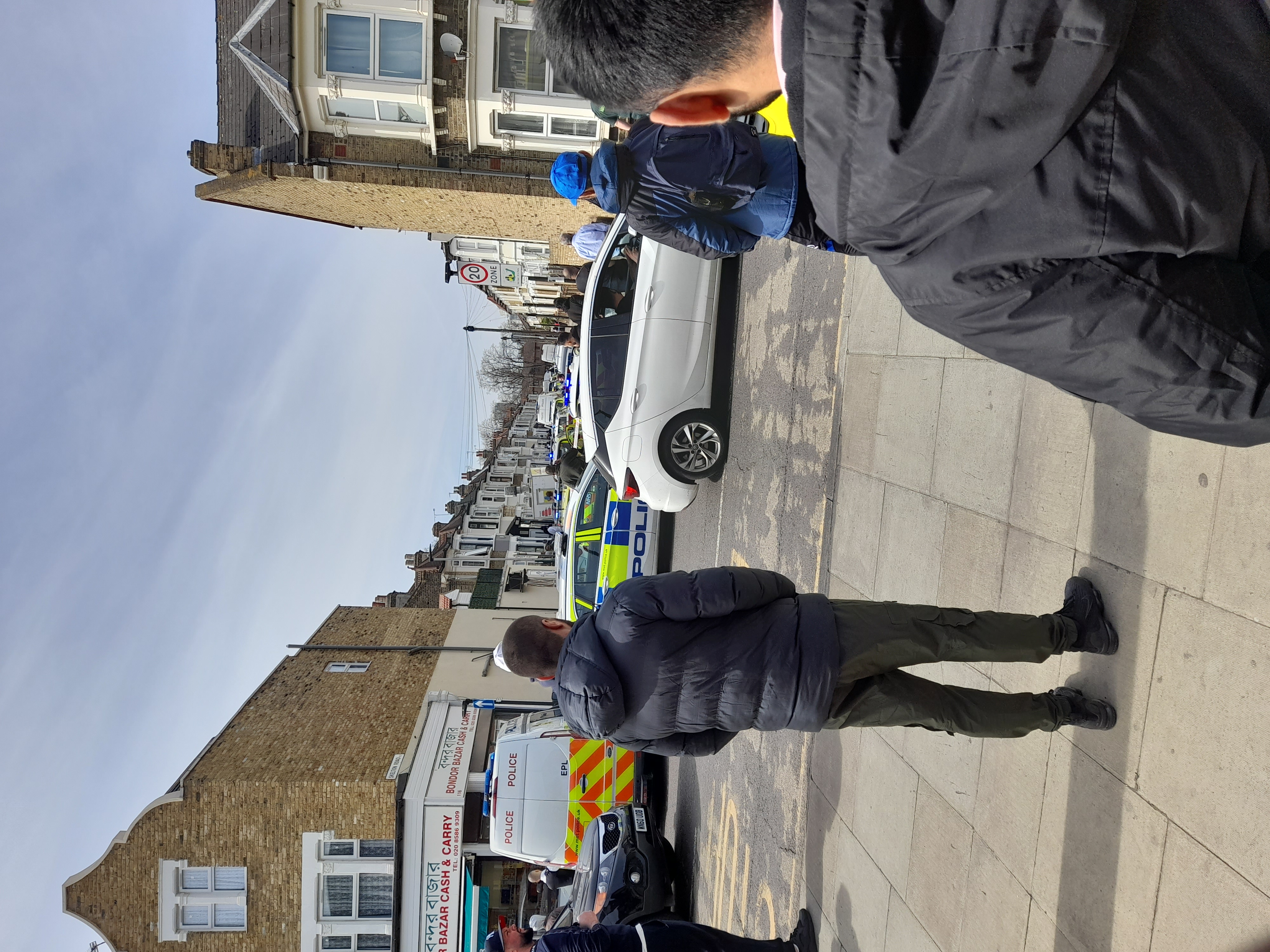 Police on the scene near Skelton RoadCredit: supplied

The Government believes a lot of the violence at football games is due to illegal drug-use (Pictures: PA/EPA/REX)…
byBizLifetime
No comments

A COUPLE claim their house is so mouldy they are sleeping on a mattress on the floor.  Nicky…
byBizLifetime
No comments