A man was rescued alive after being stuck for two days 15 feet underground in a storm pipe that he crawled into himself. The unidentified man in his 30s went into the 16-inch-wide opening in Antioch, California, on Friday.

Once the man became stuck in the drain, he started yelling for help, prompting people to call 911.

At least 50 firefighters responded to the scene. They extracted the man from the pipe around 9.30pm on Sunday in a ‘borderline miraculous’ operation, the Contra Costa County Fire Protection District said.

‘When we finally got him out of the ground, he was beyond exuberant,’ district spokesman Steve Hill said, according to the Daily Mail. ‘He was beyond happy to be above ground.’ 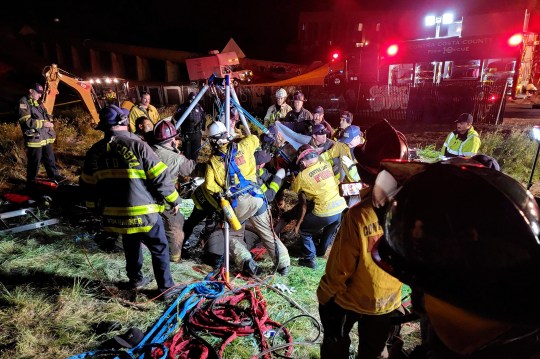 It is unclear why the man decided to go into the storm pipe (Picture: AP) 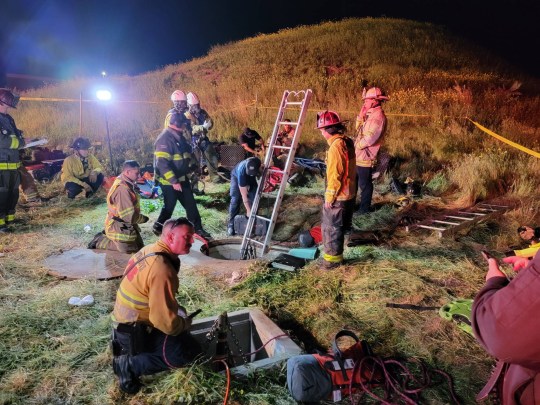 The man, described as being in his mid-30s, was taken to Sutter Delta Medical Center in Antioch for assessment (Picture: Contra Costa County Fire Protection District)

The man was ‘separated from access points by a fence, and it was windy out’, Hill added.

‘When firefighters responded, our battalion chief wasn’t willing to cancel the assignment without investigating, and that led him to believe there was someone down there,’ he said.

The man was in remarkably fair condition, with no injuries. He appeared to be dehydrated and was transported to Sutter Delta Medical Center for evaluation and treatment.

According to Hill, the man crawled in the pipe and could not get free from a narrow section. It was not clear why he decided to go in. 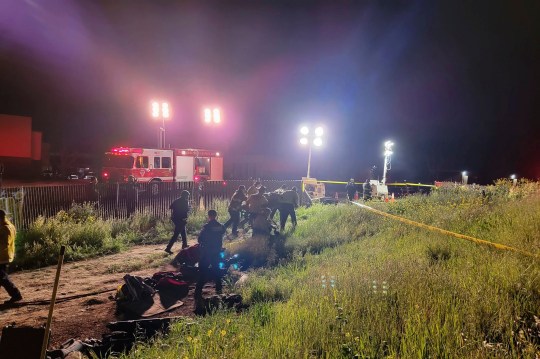 Officials say the man, who was trapped underground in the storm drain for two days, was rescued in an effort that lasted hours and involved at least 50 firefighters, police officers and rescue personnel (Picture: AP)

‘He had crawled into this very small stormwater drainage pipe until he came to a fairly significant debris field, and could not go back,’ Hill said. ‘He couldn’t get through and he couldn’t go back.’

Four firefighters with air supply entered the underground area from one side as others dug a second access point from the other side, the East Bay Times reported.

The fact that passersby heard the man’s screams was ‘fairly miraculous because it was pretty windy out there’, Hill said. They removed debris and tree branches in order to get to the man.

Contra Costa County Fire Protection District Fire Chief Lewis Broschard on Monday said that ‘as an all-risk fire agency, we train for rare rescues such as this’.

Which president made Thanksgiving a national holiday?

Abraham Lincoln proclaimed Thanksgiving a national holiday in 1863 (Picture: REX) Celebrating Thanksgiving Day in the US dates…
byBizLifetime
No comments

Snow to hit Britain tomorrow and may fall as far south as LONDON, Met Office confirms

Madeleine Albright, first female US secretary of state, dies at 84