A new discovery could lead to improved vegetarian alternatives of sausages, burgers and kebabs (Picture: Getty)

Better meat-free sausages and burgers could soon be in shops following a breakthrough.

Scientists say that until now they had struggled to recreate the texture of meat sausages in vegan bangers because the molecular properties of the proteins are ‘markedly’ different.

They produce a bite which has been very hard to mimic, say scientists.

The discovery could lead to improved vegetarian alternatives of sausages, burgers and kebabs.

Study lead author Professor Thomas Vilgis, of the Max Planck Institute for Polymer Research, Germany, said: ‘The “crunch” or “crack” of meat sausages is inevitably different than that of vegan sausages, simply because the molecular properties of the proteins are markedly different.’

Germany is home to some 1,500 varieties of sausage — more than there are types of cheese in France.

Around two-in-three Britons now choose meat substitutes — with a quarter of new food products on supermarket shelves vegan. They are also the rage in fast-food chains. 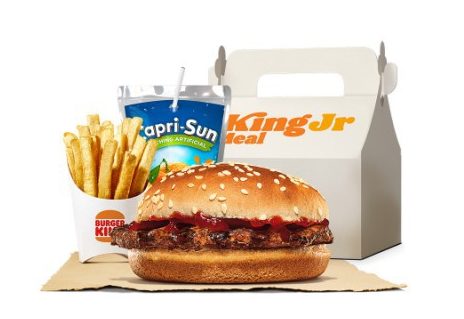 But many people still complain they can’t beat the real thing. The pioneering analysis now explains why.

It investigated the molecular function and effects of vegetable proteins of different origins to identify sensory weak points.

Professor Vilgis said: ‘We use direct comparisons of meat-based, vegetarian with egg white, and pure vegan versions to show the differences in bite, chewing, mouthfeel, bolus formation, and associated enjoyment characteristics of the sausages.’

The bolus is the small round soft mass as food is chewed and lubricated with saliva before swallowing begins.

A series of chemical experiments identified the mouthfeel of meat-based, vegetarian and vegan sausages.

Tension, friction, flow and wear tests showed oils and fats were emulsified in a variety of ways, depending on the proteins.

Modern engineering techniques can make them so similar in appearance they are impossible to distinguish by the naked eye.

Taste and smell can also largely be replicated. But texture, at the molecular scale, is another matter. 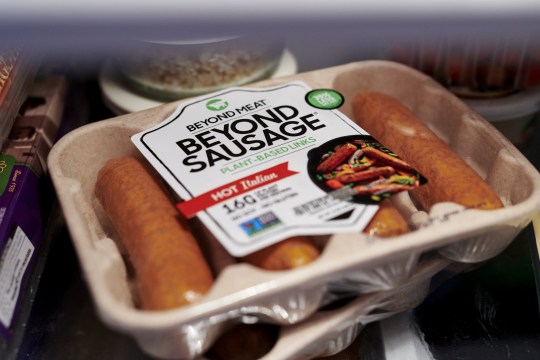 Meat-free sausages can now be made more like meat than ever (Picture: Bloomberg via Getty Images)

The study provides greater insight into meat sausages and their vegetarian surrogates than ever before.

Professor Vilgis said: ‘We’re looking much deeper than what is usually done in food technology, by taking into account the molecular properties of ingredients as much as possible.

‘We are taking a closer look at the proteins as well as the sequence of amino acids, which we understand as a “code” from which we can read certain properties to better understand the behaviour of the sausages in the mouth when they are consumed.

The findings, published in the journal Physics of Fluids, build on their previous work on soft matter theory and polymer physics. It brings a fresh approach to experimental food science.

Professor Vilgis added: ‘We are working directly at the interface between basic science and technological application.

‘With these methods, it is possible to make predictions in how the physical properties of an alternative sausage can be improved — and make targeted developments.’

How long was the Queen married to Prince Philip, and where was the wedding?

SHOCKING footage shows the moment a mum battered her neighbour after a 12-year feud. A doorbell camera caught…
byBizLifetime
No comments

The message promoted hundreds of angry responses on Twitter (Picture: DrJuliaking) British Airways have sparked furry over a…
byBizLifetime
No comments