Evan Prentice, 23, left his home in Kent a week ago without a word to his terrified mum (Picture: Met Police/Amanda Langford)

A heartbroken mother has pleaded for the public’s help to find her autistic son.

Evan Prentice, 23, walked out of his home in Folkestone, Kent, where he lives with his mum Amanda Langford, on the evening of March 22, leaving behind his mobile phone and all his belongings.

Ms Langford begged a family friend to check his computer to find clues of his whereabouts.

In the week before his disappearance, Evan researched ‘best places to be homeless in London’ and cemeteries where rough sleepers hang out, his mum said.

Fighting back tears, Ms Langford told Metro.co.uk that ‘normal life’ for her is now over.

‘Evan is on the autistic spectrum,’ she said. ‘He hasn’t left my side for 23 years and now he’s gone, so I just need to find him and bring him home.

‘For the six days leading up to him going, he was researching being homeless in London and things like that. 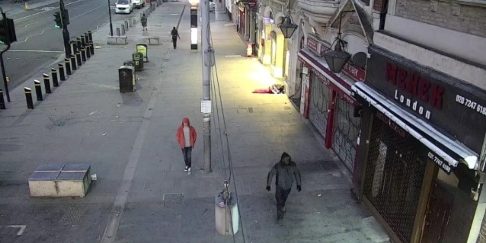 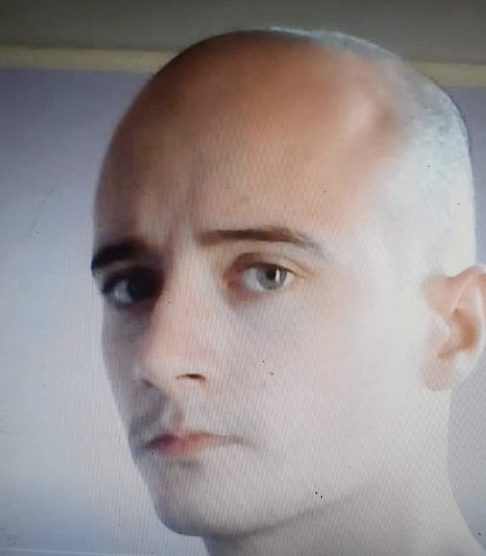 His mum described him as 5’11” tall, of slim build, with shaved head and blue eyes (Picture: Amanda Langford)

‘He waited for me to go to bed and he has walked out the door. Now his new obsession is healthy living.

‘I think he is really troubled but the police are not listening.’

The Metropolitan Police and British Transport Police are also assisting the investigation after his debit card was used at a shop in east London.

Ms Langford claimed officers refused to put out an official appeal to the press and the public as he is not deemed ‘high risk’, even though he is autistic.

The terrified parent was forced to travel to Tower Hamlets herself on Saturday to try and locate him.

She spoke with shop owners, homeless people and charities to see if anyone recognised Evan, but to no avail.

Ms Langford insisted officers are ‘not taking the case seriously enough’, adding: ‘They gave me the CCTV images of him, but I’ve had to push so hard just to get those just because he’s an adult. 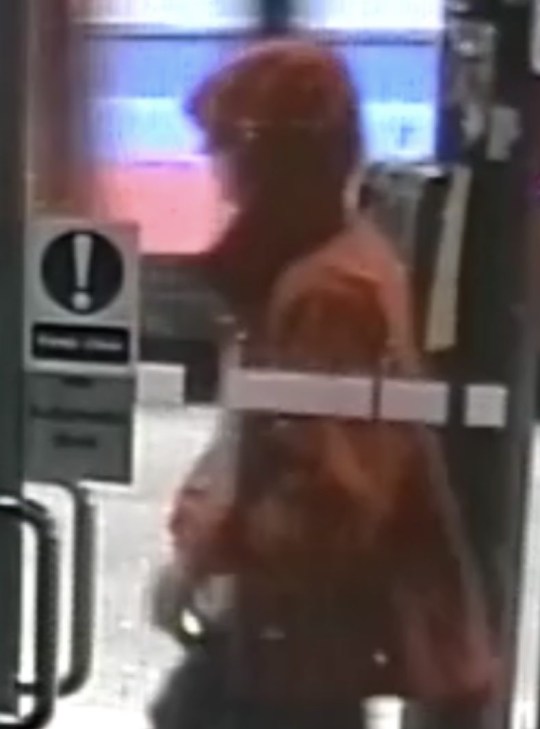 ‘I’ve had to do lots of “networking” on my own in London. I’ve been to the White Chapel Mission – they were lovely.

‘But I have asked my sister to come from Kent to pick me up because I am just going to crash soon.’

Describing what Evan’s mind state was like, Ms Langford said he had ‘gradually gone within himself’.

‘He thinks I’m after him and I’m just trying to help him,’ she added. ‘He is just not coping and he sort of hates himself.

‘He has been staying in his room, staying online for god knows how long and this is where we’ve ended up. He’s just completely broken.’

Though she did not have any recent photos of Evan, Ms Langford described him as 5’11” tall, of slim build, with a shaved head and blue eyes.

In a direct message to her son, Ms Langford said ‘you are not in trouble’ and ‘I am sorry for letting you down’.

Detective inspector Louise Murphy said: ‘To ensure such measures are used proportionately and to protect people’s privacy, public appeals for help in finding missing people are issued when the risk of serious harm to that person is assessed as very likely.

‘No information has so far established that this is the case in the current enquiry, so a public appeal has not yet been issued.

‘As in all such cases, that decision remains under constant review.’

Ukrainian post at Snake Island in the Black Sea (Picture: @BNONews/Twitter) Russia says it has withdrawn from Snake…
byBizLifetime
No comments

UK weather: How to stay safe in the heatwave and look out for others

It is expected to reach a sweltering 34°C today in what has been called ‘Fiery Friday’ (Picture: Getty…
byBizLifetime
No comments

Flight chaos at Manchester Airport as passengers left without luggage

Queues at Manchester Airport on Friday (Picture: Zenpix) Airport passengers in Manchester were left without luggage after waiting…
byBizLifetime
No comments