Theresa Kadish gets a third of her food by dumpster diving and spends just $25 a week for other ingredients (Pictures: @teiresiaskadish/SWNS)

A woman who dives in supermarket dumpsters proudly spends just $25 on food per week after doing the majority of her grocery shopping in rubbish bins.

Theresa Kadish, a 31-year-old filmmaker, has been dumpster diving for a decade and finds one-third of her food needs for the week from grocery store trash.

‘I select food in the dumpster the same way humans have always selected food, with my senses,’ Kadish told The Sun.

‘I look for fresh colors, I smell quality or decay, I taste things to see if they’re good.’ 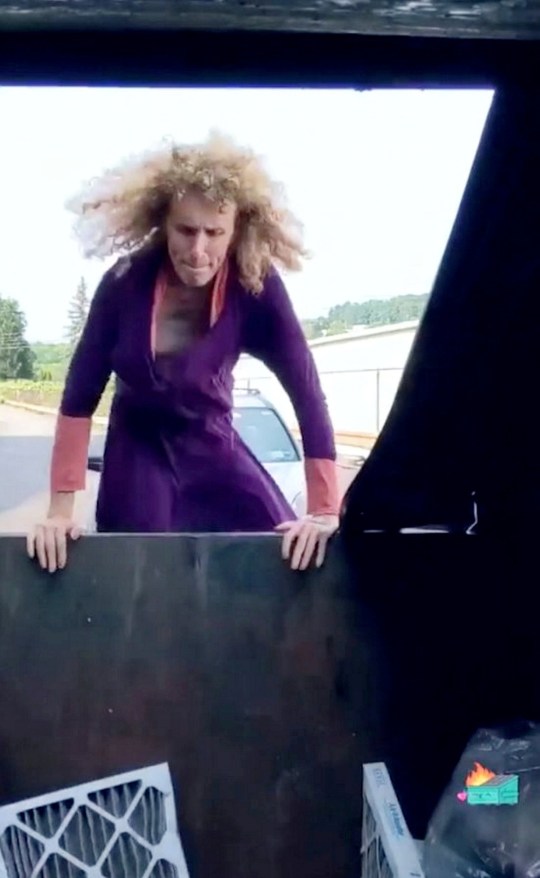 Theresa Kadish, 31, has been dumpster diving for more than a decade and made a filet mignon dinner from items she found (Picture: @teiresiaskadish/SWNS)

Kadish usually digs two times per week for meats, vegetables, fruits and eggs, among other perishable items. She has even cooked a filet mignon dinner using ingredients found solely through a dumpster dive.

‘It tasted like steak,’ she said. ‘Seriously there’s no difference between dumpstered and non-dumpstered food, and I don’t assign preferential ethical or cultural value to either.’

Kadish has eaten the food herself and fed it to others, without an issue. When she cooked for a big group of students, a third of the food, mostly meat and fruit, came from dumpsters.

‘Another third comes from our farm, all our vegetables, and a third is purchased, like gains, oils, and other bulk goods,’ she explained. 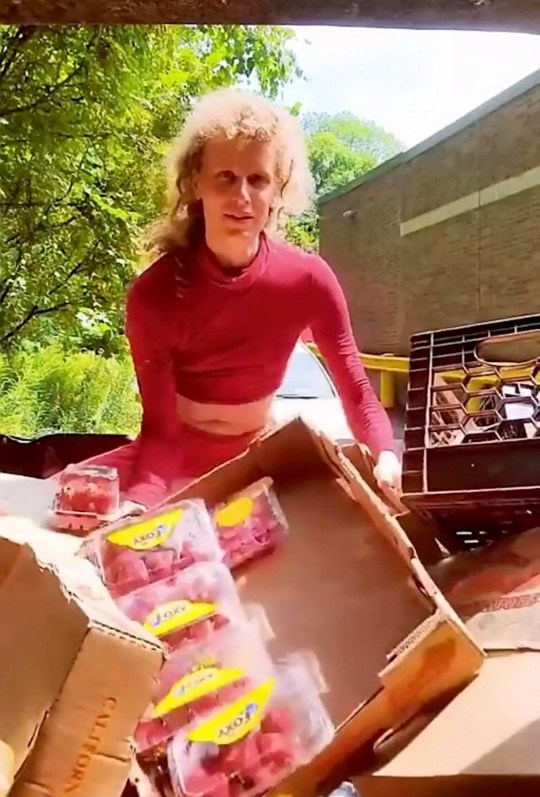 Each of her dives, including driving to the dumpster and cleaning her findings, takes roughly three hours. Kadish claims no one has ever gotten food poisoning as a result.

‘I have never gotten sick eating dumpster food, nor has anyone I’ve ever fed,’ she said.

Kadish, who lives in the Catskill Mountains in New York, started dumpster diving when she was 19 years old and moved into a collective house. At the time, she participated in an activist marching bank and came home with thousands of dollars in fresh-squeezed juice.

‘I was astonished by the wealth that could be found in the dumpster,’ she said. 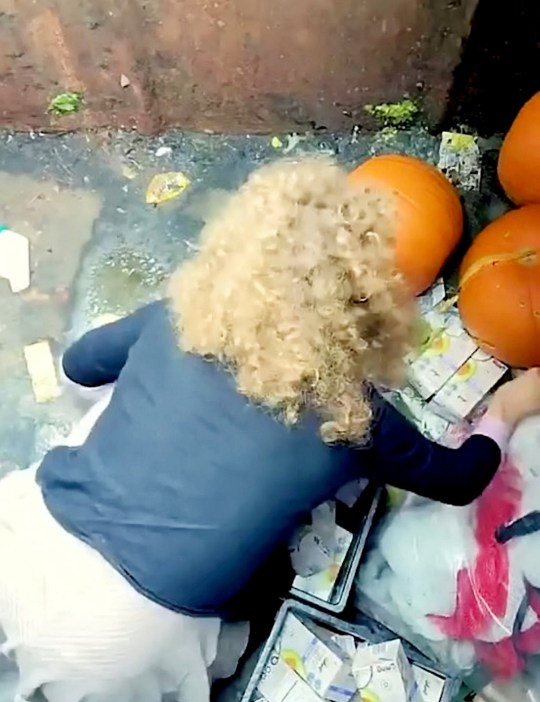 Theresa Kadish said neither she nor people she fed from food found in dumpsters have gotten sick (Picture: @teiresiaskadish/SWNS)

‘I started dumpstering frequently. Soon I was feeding my collective house out of the dumpster, and catering meals for events.’

Since then, she has had several encounters with police. But they have ended just fine.

Kadish avoids buying food and says she can improve her diet simply by dumpstering. 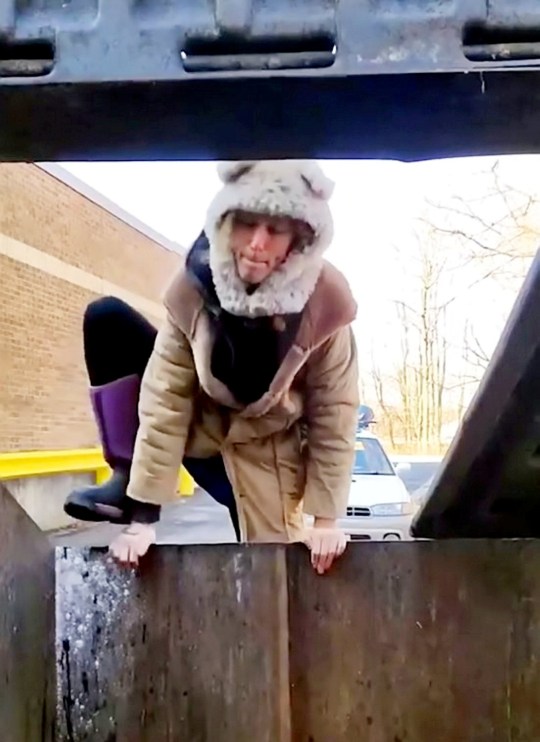 Theresa Kadish advised: ‘Don’t be afraid to get dirty. Gross is a state of mind.’ (Picture: @teiresiaskadish/SWNS)

‘Sure, I save a bit of money, but it’s not really quantifiable,’ she said. ‘Much of the stuff I get out of the dumpster I would never buy with money.’

Her advice to others: ‘Don’t be afraid to get dirty. Gross is a state of mind.’

While Kadish appears to be an expert at dumpster diving for food, it can be dangerous practice. Bacteria doubles every 20 minutes when food is left in a place between 40 to 140 degrees Fahrenheit, according to Live Strong. Salmonella Enteritidis and Escherichia coli are some of the microbes that if consumed, can cause food poisoning.

The few remaining Tory ‘moderates’ left in the party, after Boris Johnson’s purge back in 2019, are nowhere…
byBizLifetime
No comments

A COUPLE have been living in a tent for more than two months after their house burned down. …
byBizLifetime
No comments

We could have proof of alien life within 25 years, says scientist

The Swiss astrophysicist believes that the timeframe is not ‘unrealistic’ (Picture: Nasa) The search for extraterrestrial life has gained…
byBizLifetime
No comments