The sale disrupted the entire Ethereum blockchain as a flood of users rushed to purchase the NFTs and sent transaction fees soaring (Picture: Reuters)

Creators of the popular Bored Apes Yacht Club (BAYC) collection of NFTs launched a sale of ‘virtual land’ which had users scrambling for deeds to plot in the metaverse.

In an online sale on Saturday, Yuga Labs, the company behind BAYC, sold NFTs called ‘Otherdeeds’, which it said could be exchanged as plots of virtual land in a future Bored Ape-themed online environment called ‘Otherside’.

The NFTs or ‘Otherdeeds’ sold by Yuga Labs would represent a plot of land in a virtual world it says it is building.

The Otherdeed NFT mint is sold out – we are awestruck at the demand shown tonight. Apes and Mutants, the opening of the 21-day claim period is being delayed until the price of gas drops to reasonable levels. Weâll tweet when the claim opens. https://t.co/iRz64lklbv

The sale disrupted the entire Ethereum blockchain as a flood of users rushed to purchase the NFTs which sent transaction fees soaring.

The ‘Otherdeeds’ could only be bought using the project’s associated cryptocurrency, called ApeCoin, which launched in March.

The Bored Ape Yacht Club NFTs are blockchain-based tokens representing a set of 10,000 computer-generated cartoon apes which exploded in popularity and started selling at thousands of dollars each.

BAYC became one of the most prominent NFT brands, with Apes sold at top auction houses and owned by celebrities including Paris Hilton and Madonna. 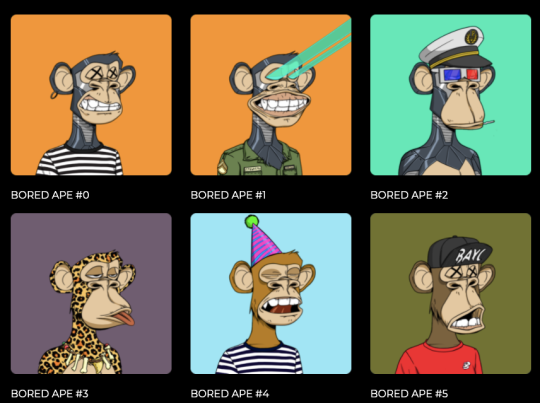 What is an NFT?

Non-fungible tokens (NFTs) are crypto assets that represent digital files such as images, video, or items in an online game.

It was not clear how the funds would be distributed, although the company said the ApeCoin would be ‘locked up’ for one year.

The sale indicates the continued demand for speculative, high-risk crypto assets related to online virtual worlds. NFTs are largely unregulated, and reports of scams, fakes and market manipulation are common.

The Otherside metaverse will be a multi-player gaming environment, according to its website, which says it is currently under development but has no launch date yet.

This morning, the official BAYC Instagram account was hacked. The hacker posted a fraudulent link to a copycat of the BAYC website with a fake Airdrop, where users were prompted to sign a âsafeTransferFromâ transaction. This transferred their assets to the scammer’s wallet.

What is the Metaverse?

Who is Prince Richard, Duke of Gloucester?

Prince Richard inherited the title Duke of Gloucester after his father Prince Henry died.  At 78 years old…
byBizLifetime
No comments

Chris Pincher said he ‘got too drunk and embarrassed himself ‘ (Picture: PA) A Tory MP who allegedly…
byBizLifetime
No comments