Michael Elliott is contesting a fixed penalty notice issued for a parking infringement outside a row of shops (Picture: Darren Cool)

A pensioner was fined £100 after being filmed on CCTV parked for 85 seconds as he dashed into a shop to make a purchase.

Michael Elliott, 70, was caught by ANPR in a small, off-road lot while he went inside the One Stop in Newhaven, East Sussex.

He left his DS 5 with its bonnet facing the kerb outside the row of shops in the car park, which mainly consists of private bays.

The retired motor mechanic then received a fixed penalty notice from a private firm in the post, which he has appealed unsuccessfully but still plans to fight. The notice, which he has paid, says he parked without permission from 9:55:44 to 9:57:09 on March 8 this year.

Mr Elliott said: ‘I feel as sick as a parrot to have been fined for 85 seconds. It’s money-grabbing and it’s a large part of my monthly pension.

‘I was debating whether to pay it or not but they threaten you with all kinds of action and make you feel like you have to pay.

‘The letter is basically an invoice, it’s vicious.

‘Although the car park belongs to a row of shops I was not in one of the bays, I was on the road, which means it’s not in the jurisdiction of the parking company, it’s a police matter.

‘The appeal was rejected but they hold all the trump cards, making you apply within seven days and then making you wait up to 35 days for a reply.

‘For the sake of 85 seconds, I absolutely will see this company in court.’ 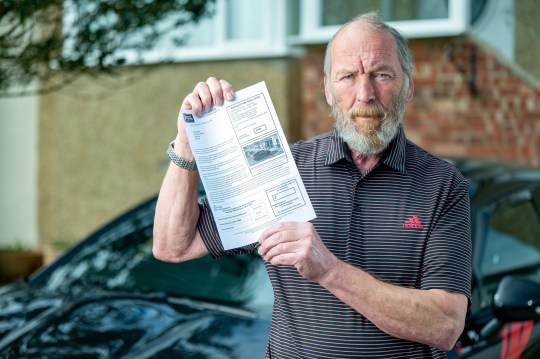 Darren Cool has paid his parking fine but intends to contest it further after an appeal was rejected (Picture: Darren Cool)

The motorist, from Newhaven, had pulled up with his car facing the store in the car park, which has around 20 bays, off the West Quay road.

Signs state that it is private land and parking restrictions apply with CCTV in operation, through which the management company provided photographic evidence of Mr Elliott’s visit.

However, he claims that technically the access road through the car park to the shops cannot be categorised as private land.

Mr Elliott said: ‘They said I didn’t have a parking permit but I didn’t need one as I was on a public road in a public car park, not in a bay.

‘The parking bays may well be private, but the actual driveway can never be private because it provides access to the shops. 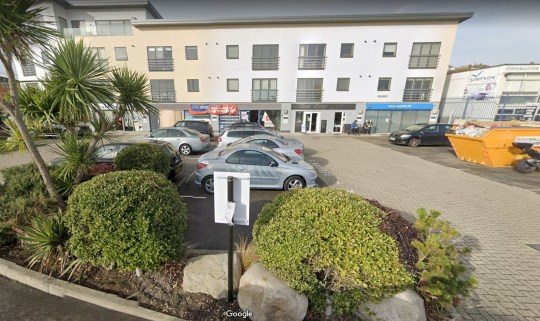 The row of shops in Newhaven where Michael Elliott was fined for parking outside a One Stop without permission (Picture: Google)

‘A police officer I know has said it makes no difference.

‘If you drove in there, blocked another car in and went and did your shopping, it would then become a criminal offence.

‘Also, if you look at their instructions you must park in a visitor parking bay, but there were no markings near where I was parked showing where the visitor parking bays are. I did block in a parked car but it was in my sight at all times, I was only inside the shop for about 20 seconds.

‘I can’t appeal any further to the company so I have to go to the ombudsman, who I am already in touch with.

‘I will keep going with the ombudsman but if not I will go to court, because I cannot see any judge upholding this fine.’ 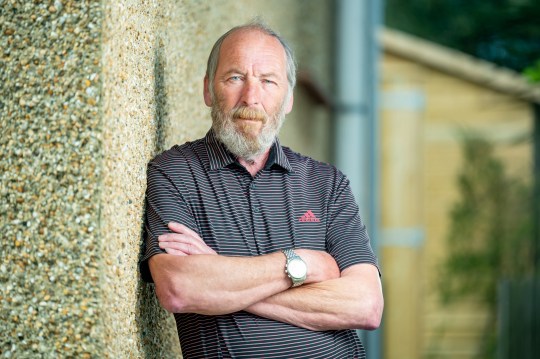 Michael Elliott is contesting a parking fine which he says he is ready to take to court if necessary (Picture: Darren Cool)

On Monday, Metro.co.uk told how Ahsan Haji is appealing a £100 fine which he said he incurred due to a long wait at a petrol station.

The 33-year-old claims he queued for 45 minutes at his local garage in east London. He is contesting the fine, which he has not paid.

Rejecting Mr Elliott’s appeal, One Parking Solution said: ‘Your vehicle was not parked in accordance with the terms and conditions on site, and you have not provided sufficient evidence to show otherwise.

‘At the time of event, the vehicle was parked in direct contravention of the displayed terms as no parking is permitted at anytime.

‘It is the motorist’s responsibility to review the terms and conditions displayed on site prior to making use of the facilities.

‘The terms and conditions are clear, no parking is permitted in the area that you have parked. You have also acknowledged that by parking there, you have caused an obstruction on site.’

Reliance on food banks has become ‘the new normal’ amid a cost of living crisis (Picture: @healthandthings; @charlottemwhite;…
byBizLifetime
No comments